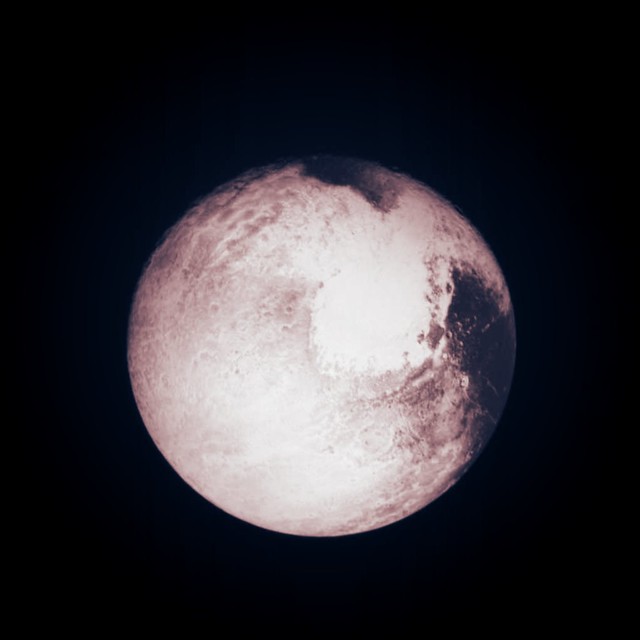 Like every other astronomy nerd, I’m super-geeked about all the pictures and data we’re getting from the planet. The only thing I have to add to the conversation that hasn’t already been said that for some reason the photos we’re getting back from New Horizons feel drawn or painted to me, rather than being entirely photorealistic. In fact, they remind me quite a bit of old drawing of Mars, not unlike this one, from 19th Century French astronomer Étienne Léopold Trouvelot: 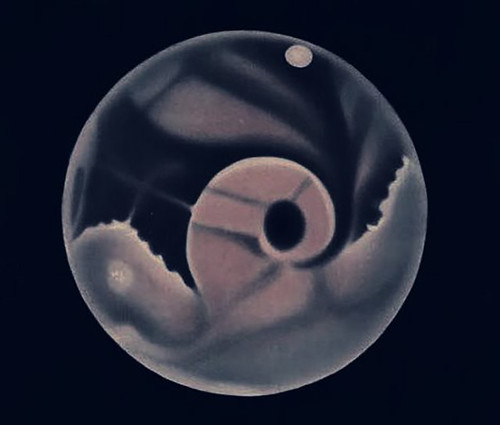 It’s probably only me who sees it, but I still see it. I think it has to do with New Horizons’ camera, which among other things is adapted to see in very very low light (Pluto is very far away, and we’re looking at the side of it not illuminated by the sun). I like the effect, mind you. But it weirdly makes Pluto still very much mysterious to me.

Thoughts on our Pluto sojurn?