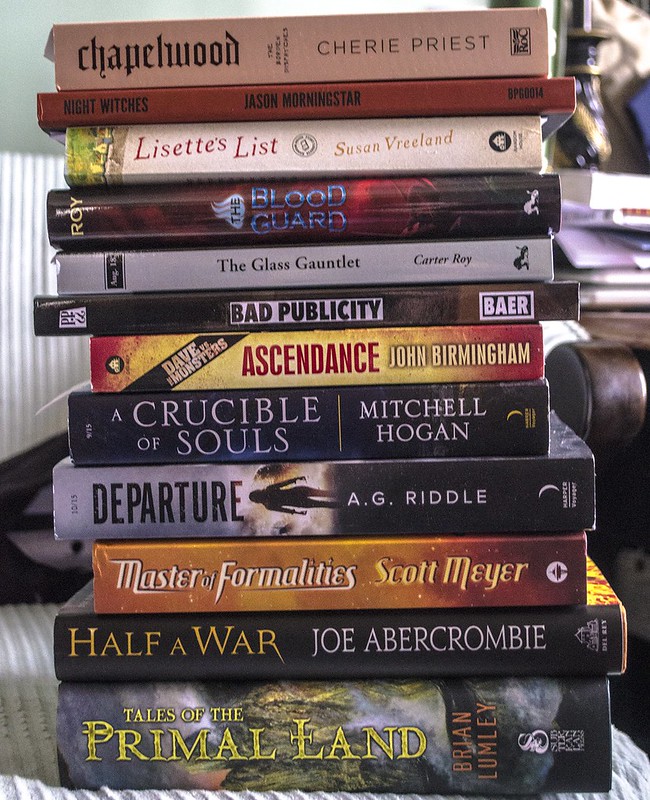 Welcome to the weekend — and to get you started, here’s a nice stack of new books and ARCs that have come to the Scalzi Compound. Tell me in the comments which ones excite your “gotta have it” neurons.

My old glasses prescription was going out of date, so I went to get a new pair. I ended up getting three pairs instead. 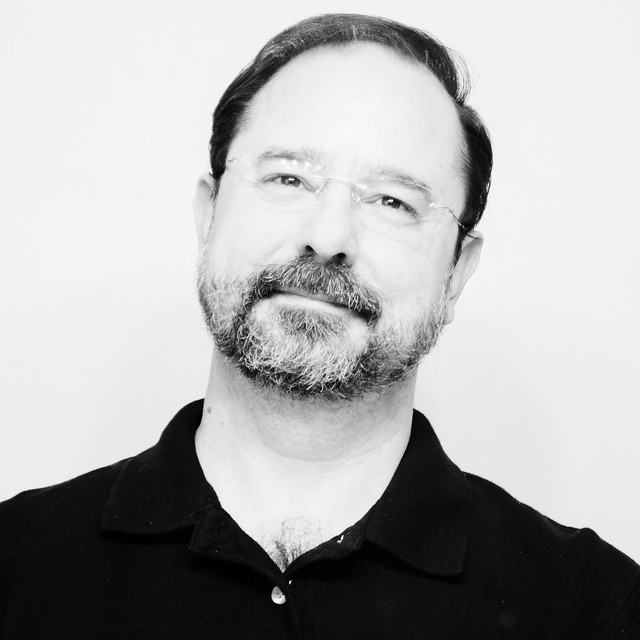 This is my new general set of glasses. It looks generally indistinguishable from my previous set of glasses, because I liked how they looked on me. They’re progressive lenses, which is the same as having bifocals but less obvious so you don’t have to acknowledge that you’re getting old. 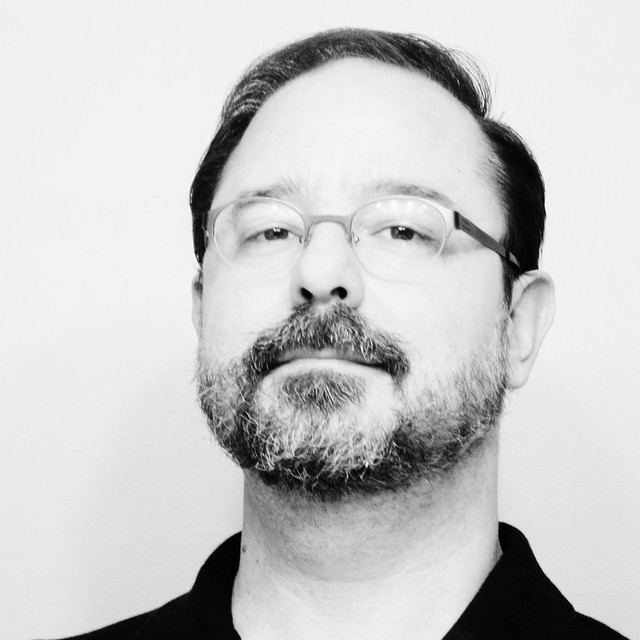 These are my computer glasses, which is to say a pair with a fixed focus distance roughly in line with how far I sit from my computer screens. I got these because when I use my progressive lenses at my desk, I ended up doing a lot of neck craning to be able to see the screen (not a good idea) and/or taking my glasses off and parking my face a couple of inches in from the screen (not a good idea either). Now I can type rather more comfortably. Considering how much time I spend sitting in front of a computer, this is a positive turn of events. 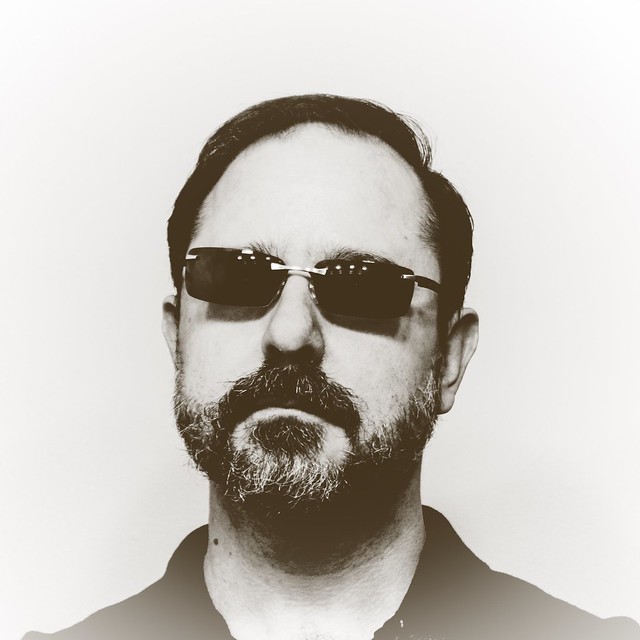 And obviously these are sunglasses. These are also single-distance, designed for far distances since I will use them primarily for driving lounging about on a beach, where close vision will not be at a premium. These glasses have a nice Matrix-y vibe to them. Now all I need is a long leather duster (note: I will not be getting a long leather duster).

For those about to ask: My optometrist didn’t think I was an especially good candidate for contact lenses, because of the need for progressive lenses and because of a specific astigmatism that I have, and as for Lasik, well, I think lasers and eyeballs are a bad mix. So: new glasses! Three pairs! And there we are.

I made some awesome cookies, and by “made” I mean “combined ingredients that other people have already made to make them even better in combination.” And you can too! Here’s what you do. 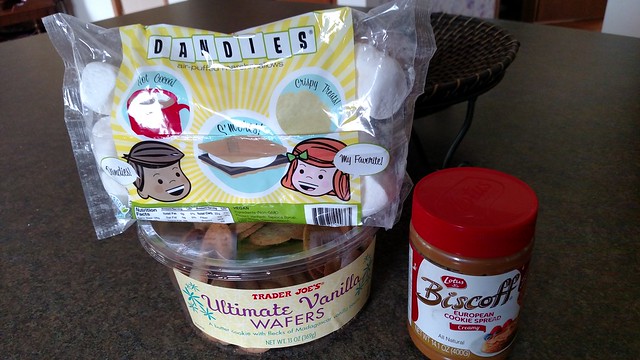 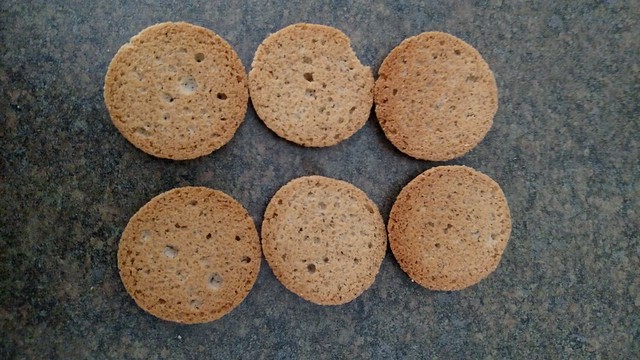 Get out three or four pairs of wafers. 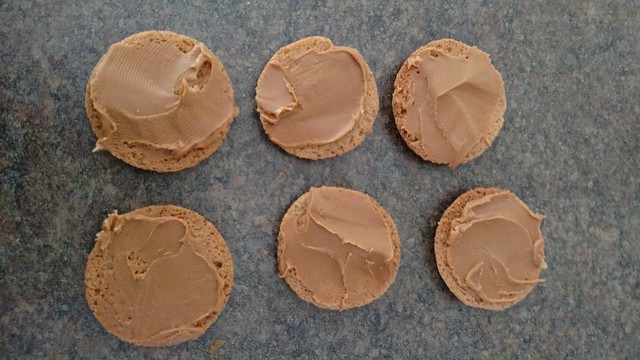 Put a healthy (but not ridiculous) amount of cookie spread on each wafer. 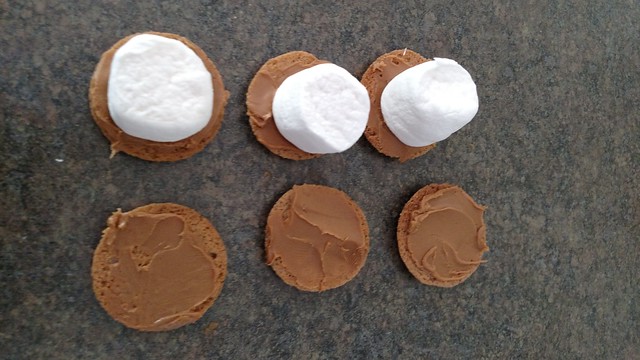 Put a marshmallow on half of the wafers. 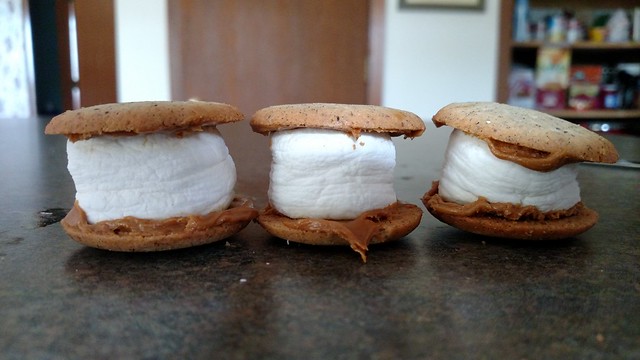 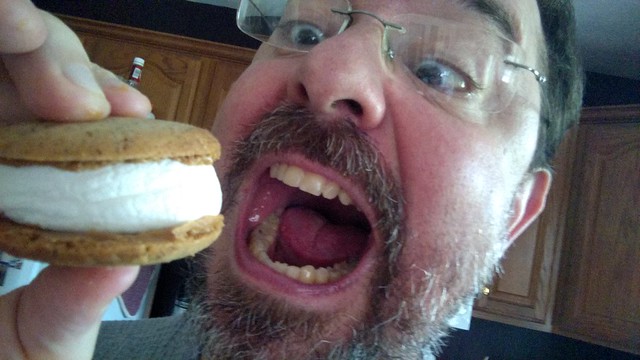 Seriously, these are waaaaaaaay tastier than you would think, and you would think they’d be pretty damn tasty. It’s the synergistic effect of wafers and cookie spread and marshmallow.

Now, I hear some of you saying “But, John, what you’ve got there is basically a modified s’more of sorts, so shouldn’t you cook the marshmallow first? I’ve anticipated this question, and while I did not create a campfire to toast the marshmallow, I did take one of the completed cookies and slap it into the microwave to gooey up the middle. 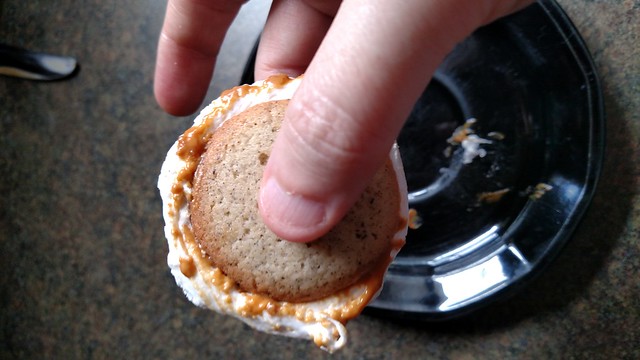 Verdict: It is also delicious this way, but you’re only going to want to nuke that cookie for about five or six seconds because the marshmallow expands to dimensions both comic and messy. Also, any longer than that and the wafer starts to lose its crispness. I personally prefer the unnuked version, but I wouldn’t stop you from eating it this way if such was your joy.