Out In One Week 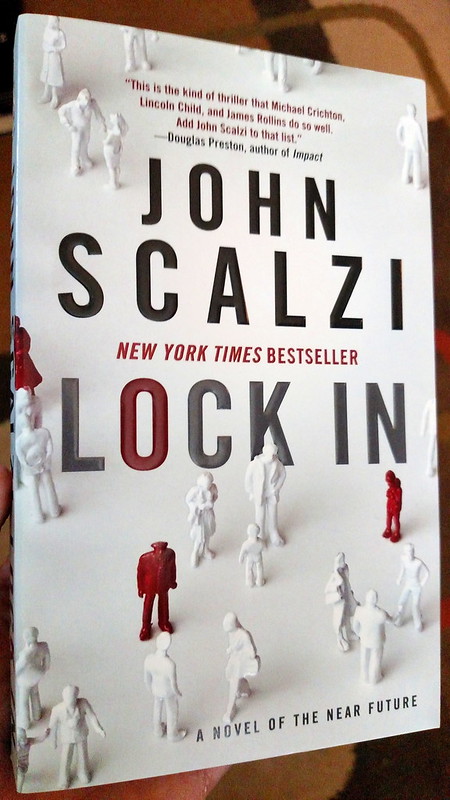 Look, it’s the paperback version of Lock In, which arrived here at the Scalzi Compound just yesterday. It looks great, feels great, and while I can’t legally promise anything, anecdotal evidence shows that when you hold it, you are three to five percent more attractive to those you wish to appear attractive to (and also, to dragonflies. We haven’t figured out the science on that one). This edition is officially out in exactly one week, although, as I am not JK Rowling, I’m sure that release date will be leaky and you will find copies available before then.

This is the “virtuous cycle,” incidentally — release the previous hardcover as a paperback on or near the release date of the new hardcover in order to take advantage of the publicity and excitement around the hardcover release. And then next year, repeat, with a new hardcover and the old one in paperback. Easy! Simple! Fun. And useful for book tours, curious new readers, and so on.

This also means the hardcover release of The End of All Things, not to mention my tour, is just two weeks away. Those of you coming to the tour will be happy to know that I will, as is my custom, be reading something new and exclusive on tour, which you won’t be able to read or hear anywhere else. Plus other stuff! So it will be worth your time to show up, I promise.

← That New York Magazine Cover
The Upgrade From Hell →