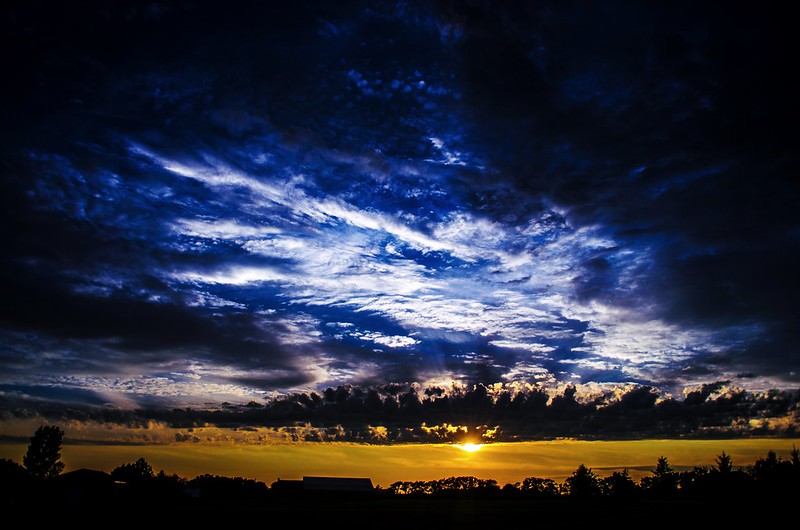 And now, on our way into the weekend. 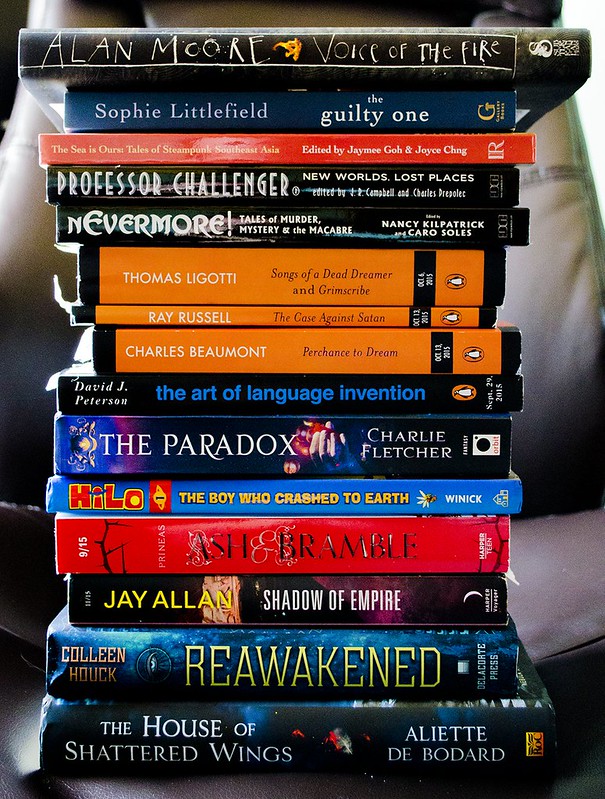 The last collection of new books and ARCs for about three weeks, on account of my upcoming book tour. So enjoy this while you can! Anything in the stack that speaks to you? Tell me in the comments!

This is a fun song I’ve been hearing on the radio recently as I’ve been doing my travels. The video’s a little silly, but no less silly, I suppose, than many other videos have ever been. And the song is super-catchy in any event. Enjoy. 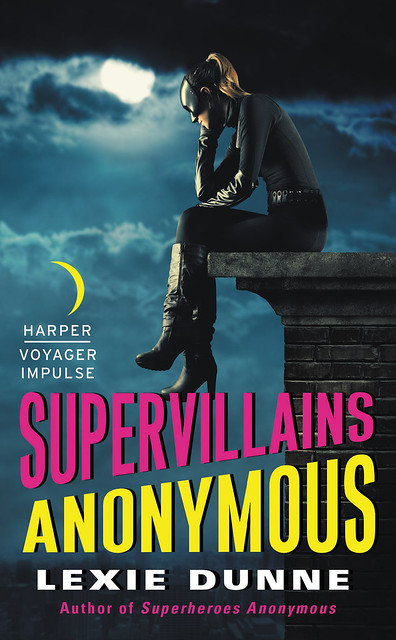 Gail Godwin is what I like to call mid-sized. Not physically—she’s so small that I’ve chucked every short joke in the book at her and will keep going until my editor tells me to stop—but power-wise. Superheroes Anonymous was Gail’s origin story, moving her from the villains’ favorite whipping girl to a hero in her own right. That was fun; I can understand why Hollywood’s rebooted Spider-man 47 times now. It’s addictive! But after the origin story, what if the hero you’re left with isn’t the bottom rung or the top level? What if she’s decidedly middle of the line? This was the fun playing field I got to discover in Supervillains Anonymous, my new sequel.

Caped crusaders come with some super-evident truths: heroes with great chins and an even greater thirst for justice, “smart” villains that somehow take nine steps when four would have been fine, loved ones kept in the dark for their own safety. And it’s not any different in the world of Superheroes– and Supervillains Anonymous, which has its own Gawker-like site to track superpowered social activity. In superhero fiction, you’re either the underdog or you’re the alpha dog. That’s why we have seventeen or eighteen different Bats-man (Batmen?) comics and movies all going at the same time. We like ourselves a good Batman.

But when you put Gail on a team, she’s neither. Her powers are strong enough to make her dangerous, but not deadly. Somebody on her level gets one or two jazz hands moments in a battle and then is relegated to watching the main hero’s back. She’s not the Slayer—she’s a Scooby (but a cool Scooby like Willow, not like Xander). In an ensemble work, these mid-sized characters add great flavor, but it’s not often we’re put in their shoes for longer than the moment it takes to release an outstanding quip and make the money shot. I, on the other hand, found myself writing an entire book in this “moment.”

I would call it an accident, but it’s probably fate. In movies, I’m always more fascinated by the background of the shots than I am by the principal actors. My favorite characters show up for a couple of chapters around page 47 and leave with some hint of mystery still clinging to them. I wonder at the actuaries and cleaning crew that have to assess the rubble after the dust has settled. It’s viewing what’s typically a macro-level world with megalomaniacal villains through a micro lens, and it’s always been a favorite hobby. So Gail’s a perfect fit for me.

Aided by the super-element Mobium, she runs faster, hits harder, and banters more mightily than your average human, but she can’t fly and she’s not invincible. Definitely mid-sized, especially when you consider everybody around her. Her boyfriend can fly. Her mentor decimates buildings and breaks the speed of sound. If Gail wants to get across town in a single bound, it’s either be carried or give in and take the El. I discovered early on in my outlining stage that there was no feasible way for her to be the one fighting to the death atop a building, not with the calibre of villains I’d created for the world.

Her place is on the ground, surrounded by dirt and with pebbles wedged in her boots. She takes out the mooks. Luckily, for the sadist in me, what mooks lack in quality, they make up for in quantity. So the stakes might be considerably smaller, but they still exist (and they’re just as likely to vaporize her). She’s still got challenges facing her and she’s still enhanced. This is especially great for me because I really like beating her up and now I can do that even harder. And with great enhancements come a great chance of having a front row seat for the important bits of the final battle.

When I was coming up with this series, it would have been easily to level Gail up and make her one of the heavy hitters. Instead of instincts and honed muscles, the Mobium could have made her invincible, light as a feather, faster than a speeding train. But honestly, where’s the fun in that? We’ve got enough Supermen watching the earth from space. Give me more mid-sized heroes, outclassed by everybody around them, doing what they can to help. I want to spend more time in the trenches, looking up.

After all, that’s what you do with superheroes, isn’t it? You’re always looking up.