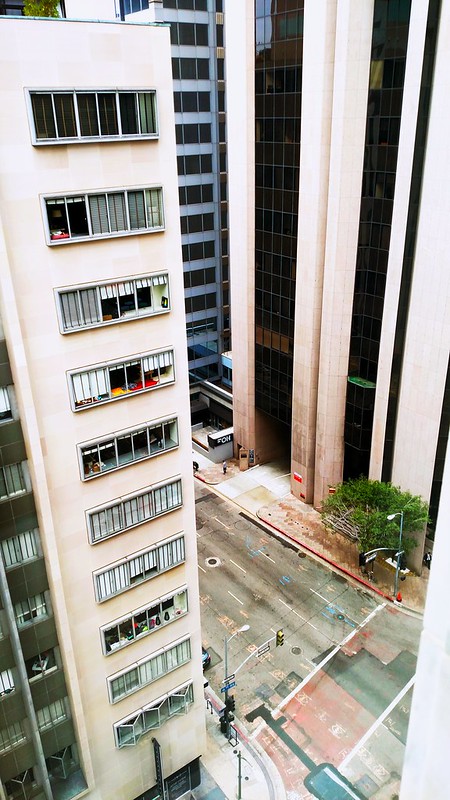 No parking lot. That would be the 405. But a nice view of the street.

Tonight: The Last Bookstore! 7:30! Come hang, it will be awesome. 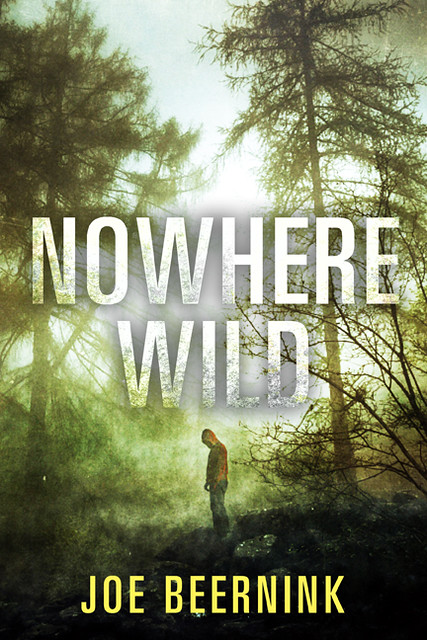 When I started writing what would become Nowhere Wild, I had one central theme in mind. What if civilization as we know it ended, and you didn’t know?

How could you not know civilization had ended? Were you in a coma? Well, that’s been done. Or maybe you were on a long trip to outer space, only to come back to a world devoid of life? That’s been done, too. A lot. But, what if the character, let’s call him Jake, has been in an location here on Earth which is so isolated, that he hasn’t even heard about the end of the world as we know it? What if that place wasn’t some remote desert island, or some deep jungle of South America? What if it were a place that regular people go to vacation—to get away from it all?

As it turns out, there are places right here in North America which are so isolated, where this might just occur. I spent a lot of my childhood reading about life in these types of harsh locations. Farley Mowat’s Lost in The Barrens, and Jack London’s Call of the Wild always top my list of books to give to people who want their kids to read great adventure stories. They’re written about a different time in history, but some of those remote places still exist, relatively untouched by man. To live there today, for most people, requires modern technology like airplanes and satellite radios. When those tethers to civilization go away, and go away suddenly, what would those people living there do?

What if Jake was in the wilds of Northern Manitoba when the world fell apart, and all he knew is that his ride home had never arrived and that no one would answer his calls for help?

That was the scenario I started with when I began the first draft of Nowhere Wild so long ago: a boy, alone in the woods, who knows exactly where he is, but doesn’t know where everyone else has gone. Besides the obvious physical challenges of survival–traversing hundreds of miles of bush, swamp and open water, finding shelter, food and water—Jake would have to deal with the emotional aspects of survival. Fear. Loneliness. Self-pity. Frustration.

As the author of this story, I often had to deal with the same emotional challenges: the fear that this story, one that begged me to be told, would never come together. The loneliness of spending months—years even—writing and rewriting the story until everything fell into place. The self-pity and frustration of having put myself in the position of writing a novel where there was but one character. No one for Jake to talk to. No conflict but Jake’s struggle against nature and his own body. Conflict of that sort is constant and relentless, but it can admittedly make for some slow reading.

In the earliest drafts of Nowhere Wild, I introduced a minor character in the last few chapters of the story. When I say minor, I mean really minor. Izzy had maybe five or six lines of dialog. But as it happens, everyone who read those early drafts wanted to know more about her. Where did she come from? How did she survive so long? They wanted her story told as well. At first I ignored those pleas. The story was about Jake and his struggles. But as more people read it, I realized that her story had to be told, not just for the mechanics of the book, but because her story, though much different than Jake’s, was also about survival.

What would Izzy do if she knew that society was gone, and there was nothing left to go back to, but that was still better than where she was?

That is Izzy’s struggle. She’s seen the worst of what happens after law and order disappear and society breaks down. She’s survived the initial struggle, and she’s not alone. But she’s not safe either. What if the one thing she knew could kill her, was the one thing she needed most to remain alive?