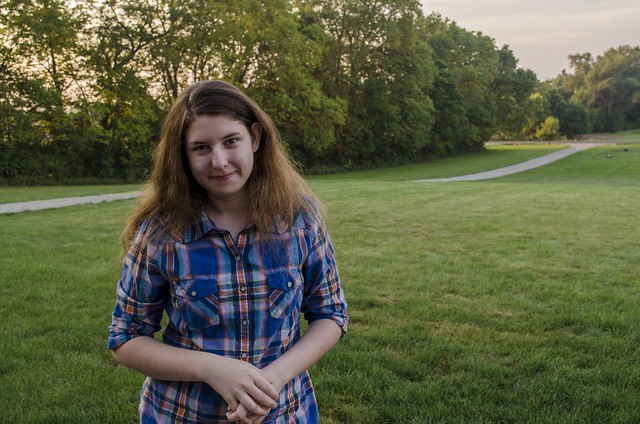 It’s an annual tradition for me around here to post a picture of Athena on her first day of a new school year, but this year I was on tour when that day rolled around. So Krissy took a picture instead, and now I’m posting it for the record. Here is Athena, on the first day of her junior year of high school. Sorry to have missed, but happy to see it now. We’ll do this again on the last day of school as well. 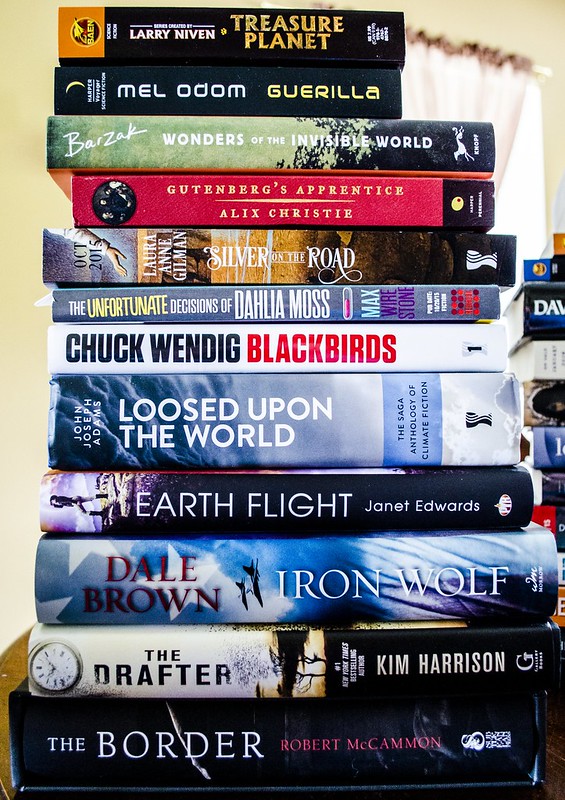 Back after three weeks of touring and these books (and two other stacks, which I will post later) were waiting for me. See anything here you’d put on your own shelves? Tell me in the comments! 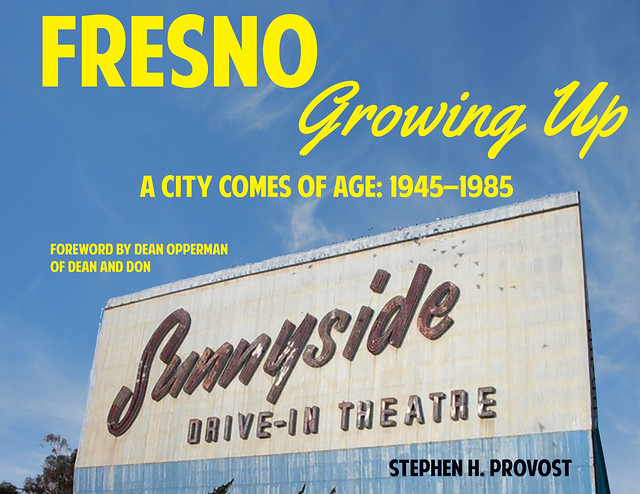 As many of you know, my first job out of college was as the film critic for the Fresno Bee newspaper in (surprise!) Fresno, California. Fresno doesn’t have a sterling reputation in-state, but I have to tell you, I had a great time, and among other things, it’s where I met my wife. So when also-former-Fresno Bee writer Stephen H. Provost queried about Fresno Growing Up, I pretty much said, “bring it.” And thus he has. Hello, Fresno!

When Mr. Spock is your role model growing up, you don’t tend to think in terms of fate or destiny. Everything’s supposed to be logical. You know, as in traveling through time by boomeranging a starship around the sun at warp speed. As in visiting mirror universes, or hopping onto a “transporter” that scrambles your atoms and reassembled them in perfect precision hundreds of miles away.

Maybe life isn’t so logical after all. Maybe patterns can be scrambled and unscrambled again, and maybe we really can go back in time.

This would explain why I keep boomeranging back to my hometown, Fresno, the subject of my Big Idea book, “Fresno Growing Up.” At the age of 3, I spent a year in the land of kangaroos, Vegemite sandwiches and, yes, boomerangs, then back I flew to Fresno. There were six years in L.A. as a teenager, living next door to a major leaguer on one side and the assistant music director for the “Tonight Show” on the other, before I made another return trip. Then I graduated from college and moved down the road in world’s dairy capital, Tulare. Then, you guessed it, back again.

By that time, I’d spent a decade as a journalist, having entered the field because I figured it offered more security than being an author. I even spent 14 years working for my hometown newspaper, The Fresno Bee, before the recession left me out of a job and prepared to resume the author gig 30 years after my first stab at writing: a wannabe Tolkienesque great American novel that’s sitting in a shoebox somewhere.

Taking another shot at long-form writing was my first Big Idea. I churned out several CreateSpace books under a pen name (Stifyn Emrys) but, in the meantime, I found myself riding the boomerang again – right back into journalism. Talk about déjà vu. These days, I’m working for a newspaper that shares the same publisher as The Fresno Bee, and that’s even printed on the same press … in Fresno, of course. It’s as if my words are taken, via “transporter,” from California’s Central Coast and reassembled in my hometown, then “beamed” (actually trucked) back to San Luis Obispo County for public consumption.

It may not be Kauai or Tahiti, but the Central Coast is the next best thing, which explains why so many Fresnans end up here (it seemed like half the people I interviewed for my book about Fresno were actually residing here, not there).

Still, as I was basking in the cool endless summer on the California coast, strange as it may seem, I began to miss Fresno. Not so much the place I’d just left, but the place where I’d grown up – the Fresno of my youth. That’s when an idea started to take root. It started out as a small idea. Plenty of people had written stories of Fresno’s early history, but few had written about the Fresno I remembered – the quintessential mid-sized American city of the Baby Boom era.

Why not me? I thought. Why not attempt a little time travel? The endeavor took me through hundreds of old newspaper stories, books about the era and phone or email interviews with others who, like me, had lived the city’s story.

Instead of writing about founding fathers, politicians and esteemed ancestors, I wrote about the birth of the Top 40 Boss Radio format (yes, this happened in Fresno). I wrote about how Bank of America used the city as the test market for a newfangled plastic convenience called BankAmericard – the first national credit card and ancient ancestor of the modern Visa. There was a reason the powers that be at BofA chose Fresno for their grand experiment: It was smack-dab in the middle of California, the same way Peoria was at the heart of Middle America.

Fresno had its local celebrities (football letterman-turned-variety show king and pitchman extraordinaire Al Radka), its athletic heroes (big leaguers Tom Seaver, Jim Maloney and Gus Zernial), its clubs, hangouts and drive-ins. Every Friday night, kids would pile into their cars and cruise up and down the main drag in a ritual that, just up the road in Modesto, served as the blueprint for George Lucas’ breakthrough hit, “American Graffiti” and the nostalgia-heavy TV series “Happy Days” … which has now, itself, become a piece of nostalgia.

People love nostalgia; they love reminiscing, so I figured they might just love a nostalgic look back at their hometown during the era they had lived through. The small idea was starting to get a little bigger.

The original plan was just to publish “Fresno Growing Up” myself, as I had my other books. But as I thought about it, I realized that my “small idea” had already gotten too big for that. I’d taken scores of photos and had received permission to use a number of historical images. I couldn’t hope to do them justice in the confines of CreateSpace’s fine but limited format. So I pushed my way past the visions of rejection notices that were dancing in the mosh pit of my brain: I did some research, found a publisher I thought would do the topic justice, and fired off a query letter.

What I got back two weeks later was a slightly belated Christmas present expressing interest in the project – which the publisher proceeded to turn into the kind of work I could never have hoped to achieve on my own. The small idea that became a Big Idea was now a Big Reality.

In the process of it all, I managed to achieve a form of time travel without getting anywhere near a star. Turns out, it wasn’t science fiction at all; it was history. Eminently logical. Mr. Spock, I think, would have been proud.