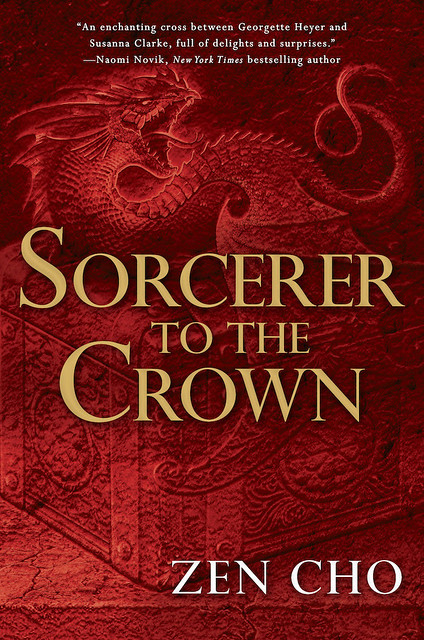 Sugar for your tea? While you have both, Zen Cho is here to explain a little about their physical origins, and why they matter for her novel, Sorcerer to the Crown.

When I started writing what was to become my first published novel, I’d already written two novels. I had to throw them away because they did not work. I was tired of launching upon a new project buoyed by optimism – this will be the one! – only to come crashing down when it turned out to suck.

So I decided to write a book that would definitely not work. At least I’d be prepared for the inevitable tragic end. I would take the Regency romance – a genre I love, exemplified by Georgette Heyer’s spectacularly entertaining novels – and use it to tell a story about the centrality of the colonial territories to Britain. Also there would be magic. And dragons. And vampiresses who weren’t really vampiresses …

What do I mean about the centrality of the colonial territories to Britain? When you read a Jane Austen novel (which you can’t really describe as a Regency romance, but is sort of a deity of the genre, influencing it but residing in a firmament above), or a true Regency romance like one of the classic Heyers, you enter what seems to be a hermetically sealed world. This is a world where the riots of poor men and agitations of politics are never mentioned save in passing; where the wars with France appear to impinge only slightly on the lives of the protagonists; and where the colonies might as well not exist, save insofar as they send back wealthy men to marry the heroines.

It is a world of balls, decorous visits, country pursuits, London intrigues, gossip, and a total absorption in the niceties of polite society. It is a partial view of the world as it was. It has influenced fantasy authors from Susanna Clarke to Kari Sperring, because, seen through modern eyes, it is as much a nice self-contained fantasy world as Middle-earth or Narnia.

But that self-contained quality is deceptive. The tea Pride and Prejudice’s Elizabeth Bennet drinks would have come from China via India. The sugar she puts in it would have been from plantations worked by enslaved Africans. Kashmiri shawls were a popular status item: Lizzy Bennet might not have been able to afford a dress made from them, which wealthier women wore, but she might have had a European-made replica.

I’ve obviously never been a slave or grown tea or woven a paisley shawl, but still, to someone from a former colony who grew up reading the books of authors like Austen and Heyer, these are interesting scraps of history to learn. I have always felt, with these books I love, like a ghost hanging around at the back of the room, peering interestedly at scenes, but conscious that I am out of place. To understand this history is to know that I always belonged in those books. I was a central part of the proceedings all along – whether that was a good thing or not.

Sorcerer to the Crown is about the sort of people whose labour and territory were exploited so that Lizzy Bennet could have her tea with sugar. Only it’s about those people benefiting from the resources of Empire – the wealth, the balls, the magic, the superiority complex, the self-serving imperial guilt. Protagonist Zacharias Wythe is Britain’s first black Sorcerer Royal and he is an emancipated slave. His counterpart, female magical prodigy Prunella Gentleman, is mixed race – one of her parents was Indian. They have their problems, but they both have OK lives, on the whole. It’s fantasy in more than one sense.

So that’s the big idea of the book: making visible what was invisible to a young me, reading Austen and Heyer in an ex-colony. But it’s also about balls, visits, intrigues, gossip, hijinks, and playing with the niceties of polite society. Plus dragons. (I haven’t explained why I included dragons, since the world is made up of people who need no explanation for dragons, and people who will never understand the need for dragons whether you explain it to them or not.)

And it is the book that worked, against all expectations. That is, it worked well enough to get me an agent and eventually a book deal. But whether it actually works is, of course, down to readers to decide.