In Which Patrick Rothfuss Gets All Bunned Up For Charity

Earlier today I noted that Patrick Rothfuss was getting close to a milestone:

So, @PatrickRothfuss is less than a thousand followers away from surpassing my followers number. Go follow him AND END THIS CHARADE

@scalzi Maybe pics of @patrickrothfuss with his hair in a man bun would put him over the top.

To which I responded:

I will pay $100 to Worldbuilders for a picture of @PatrickRothfuss with a man bun. $250 for man bun AND beard bun. https://t.co/wxORlpbqRf 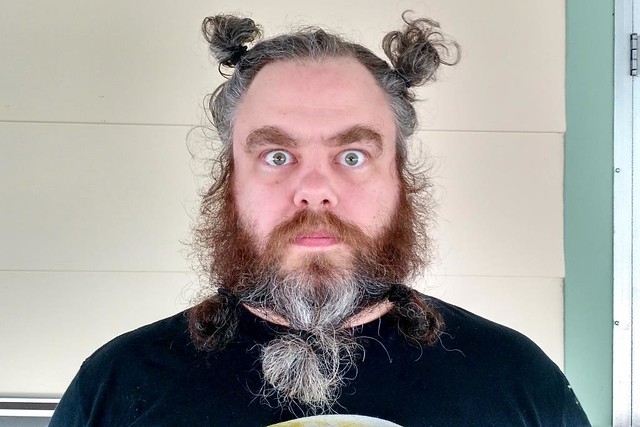 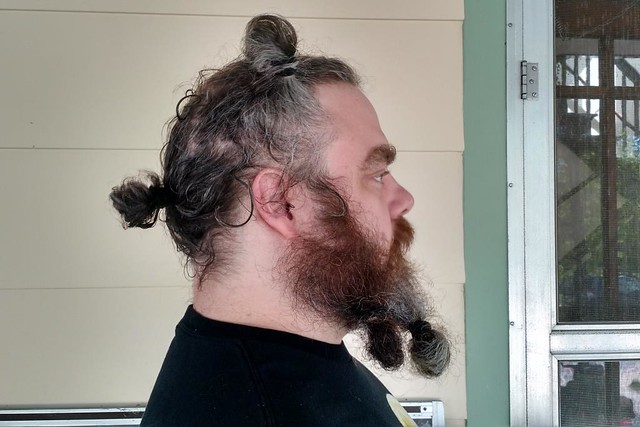 A deal is a deal, and I have donated to the Worldbuilders for Syrian Refugees campaign.

If you are also moved by Pat’s buns, may I suggest you donate as well? I, Pat, and his buns thank you.