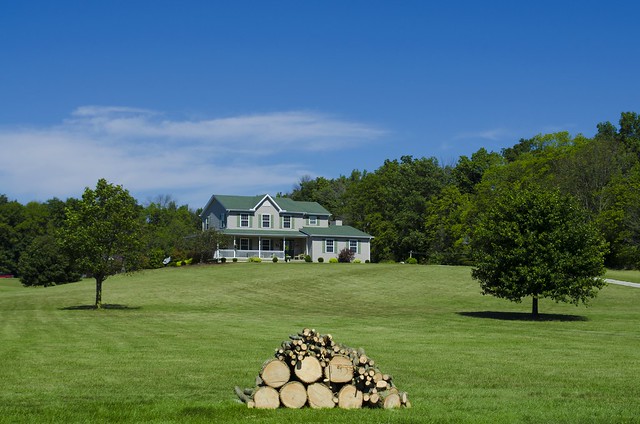 At the front of our property stood four ash trees, which were lovely but over the last few years became diseased, in no small part because of emerald ash borers, which landed in Ohio in 2003, apparently, and have taken out a substantial number of trees. Including ours; three of the four were basically dead trees standing, and the fourth was on its way.

So, today, down they came, all four of them. In their place, for now, are four piles of firewood which we will use in the fire pit out back, and later, four new trees, probably maples, more or less where the ash trees stood. It will take time for them to grow to the height of the ash trees, but, you know. We’re not planning on going anywhere at the moment.

I was sad to see the trees come down, but as noted they weren’t exactly healthy trees; bringing them down was the right thing to do. In the coming months, as the nights get colder and suited for fires in the backyard, I’ll toast some s’mores in their honor. 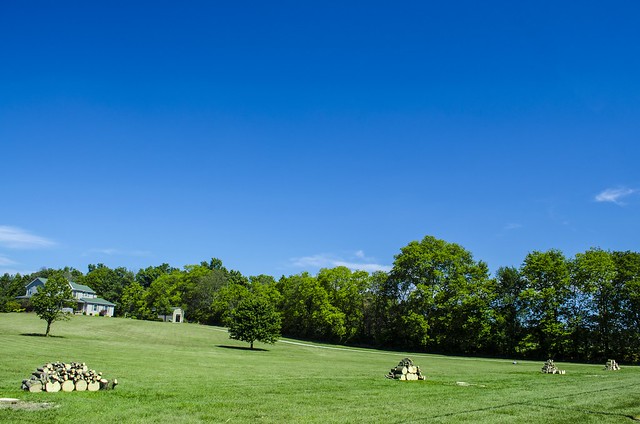 Oh look, Here’s Greg Van Eekhout, wrapping up his terrific Daniel Blackland trilogy with Dragon Coast. Perhaps it will have dragons in it? And possibly a coast? Seems likely on both counts. Let’s have Greg give you a couple more specifics on it.

Look, the title is Dragon Coast, there’s a dragon right on the cover, and the dragon’s in the very first paragraph of the book. Obviously, the big idea for the conclusion of my Daniel Blackland trilogy was this: Have fun.

To review, the first book, California Bones, is about Daniel Blackland, a young wizard-thief who gets his abilities by consuming the remains of magical creatures, such as griffins and basilisks and dragons. Because of family history and the politics of a magical Los Angeles, he finds himself constantly pitted against other osteomancers who want to eat him. At its spine, the book is a heist novel, but the flesh and blood is about created family, sacrifice, and exploitation, weird magic, and transforming familiar cityscapes. I had a fun time writing it.

The second novel, Pacific Fire, has Daniel acting as guardian to his arch enemy’s  magically generated clone, who’s trying to sabotage the bad guys’ weapon of mass destruction, a patchwork dragon. And, gosh, did I ever have a ball working on this book. We’re talking pizza-party level fun with a side of air hockey. Kish-kosh-kish! (Those are my air hockey noises.)

With the third novel, I found myself looking at the prospect of writing what might be my final story in this world and my last ride with these characters. So. What would be most fun?

Dragons. Dragons are fun. So Dragon Coast has a huge Pacific firedrake wreaking destruction across California.

Heists are fun. So someone steals the dragon and Daniel has to masquerade as the brother he killed and steal a powerful bone in front of the assembled aristocracy of Northern California, including the most powerful osteomancer in the world.

Shipping is fun, or so many readers have told me, so Max and Gabriel (Maxriel) are back.

For me, though, the most fun thing of all, the reason I wanted to write this book and the place I inevitably arrived at, was discovering who my characters are now, having spent two books fighting and adventuring and bantering and hating and loving and snacking. After hundreds of pages, how have their scars changed their bodies and brains and hearts? Who are they to each other, to their enemies, to themselves?

In Dragon Coast, Daniel’s pretending to be the brother he killed in the last book. That’s going to leave a mark. Gabriel Argent, the chief hydromancer who’s always been nervous about wielding power, has to decide if he wants control of a weapon of mass destruction. And his ever-loyal assistant, Max, has to decide if he’ll let him. Cassandra Morales has to decide if she’s willing to do unthinkable things and alienate her friends forever in order to save their lives. Someone has to pilot an out-of-control dragon from the inside and face an evil at the very nucleus of his being. And poor Moth has to learn how to make jewelry.

In short, the dragons and the heists are the conspicuous fun, but pushing the characters toward their ultimate ends was the most important fun. And with Dragon Coast, that was my big idea: Have the most fun ever. Kish-kosh-kish.