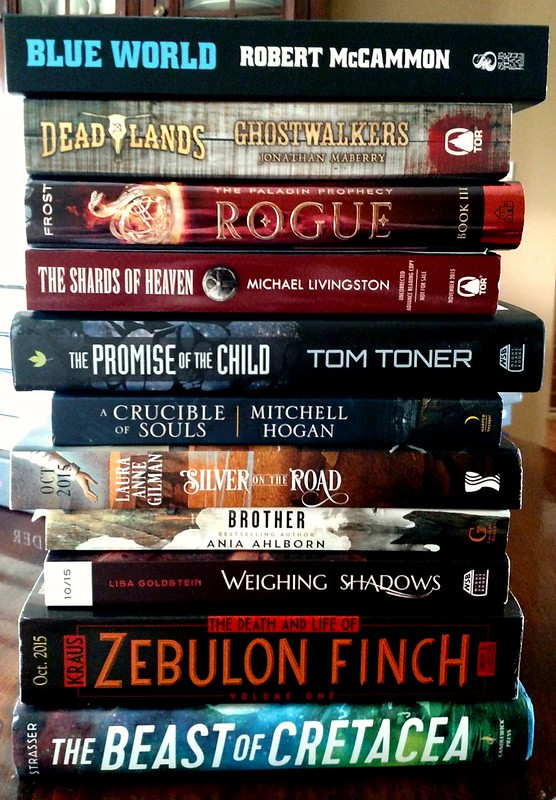 As we head off into the weekend, here’s this week’s new books and ARCs that have arrived at the Scalzi Compound. Which speaking to you? Tantalizingly? Tell me in the comments. 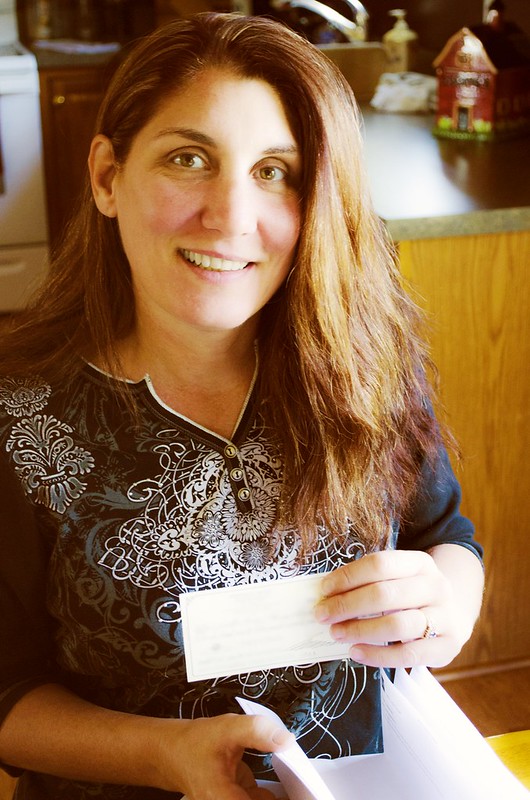 And no, I’m not taking over the mortgage-check-writing responsibilities. It’s the last mortgage check. Wheee!

When people ask me what inspires me to write, I frequently say “my mortgage.” I’ll have to think of some new smart-ass response.

In any event, if you’ve ever bought one of my books, you are in an infinitesimally small way to thank for getting us to this point. So: Thank you. I promise to keep writing more books, even without a mortgage dangling over my head. After all, I still have Athena’s college to pay for.

October is a busy month for me! Here are the places you can see me then.

Oct 2-3: Iowa City Book Festival, Iowa City. I arrive on Friday and will be loitering about, but my events will be on Saturday. I’m doing a reading and (I think!) a signing. More details soon. Nevertheless — I’ll be there!

October 8: New York Comic Con, NYC. One day only, and on Thursday at that. I’ll be doing two signings and emceeing a panel introducing a pretty talented quartet of Tor writers and leading them through a game of “Would You Rather.” It’s going to be a ridiculous amount of fun.

October 9-10: Nerdcon:Stories, Minneapolis. I’m all over this one with panels, signings and a couple of other goofy events. I will be bringing a ukulele. Be afraid. Be very afraid.

October 24: Tacoma Public Library, Tacoma. I’ll be doing two events here. From 9:30 to 12:00, I’ll be doing a writing workshop (which will likely be a couple of sessions with me talking about a writing career from a creative standpoint and from a business standpoint), and then from 1 to 3:30 I’ll be doing a reading, Q&A and signing.

So, yup, pretty busy in the month of October. And what do I have planned for November and December? Not a damn thing. Well, maybe I’ll write a book, but other than that, nothing. Don’t worry, my 2016 is packed. 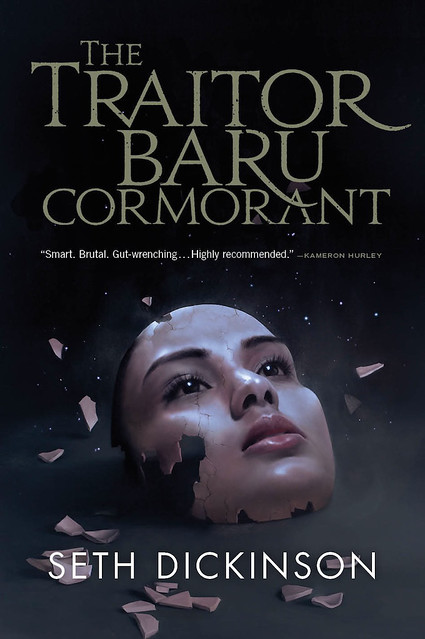 In this Big Idea for The Traitor Baru Cormorant, author Seth Dickinson wants you to give up a cheer for the villain. Will you? I’ll let him try to convince you.

My master plan would’ve changed the course of history! I put my life into this — I leveraged politicians, I conjured up shell corporations, I put puppets on every throne and agents in every council. I built something! I had a vision!

And they call you a hero. What did you do? You stumbled in at the last moment and broke everything.

If heroism means standing up for the status quo, then I’ll have no part of it. The world’s full of suffering. Someone must act.

The Traitor Baru Cormorant is the story of a young woman trying to tear down a colonial empire, avenge her fathers, and liberate her home. The Masquerade wants to rule the world, so that they can fix it. Baru can’t beat them from the outside, killing them one by one with a sword the way Luke Skywalker or Aragorn might — unlike most evil empires, they’re smart people who take sensible precautions. Baru wouldn’t stand a chance against a single Masquerade marine.

Being surpassingly clever and excitingly ruthless, Baru decides to destroy the Masquerade from the inside. She’ll join their civil service, prove herself as a really awesome operative, and secure enough power to get what she wants. (She thinks Luke should do the same thing.)

And man, was I excited to write an epic fantasy book about an overlord.

Do you have the same frustration with heroes that I do? They’re happy to sit around whuffling like a big fat seal until they get hit with an Inciting Event, and then the story has to convince them to go uncover the villain’s plan and stop him (usually him, alas) right in the nick of time.

But not the villain!

The villain’s the one who wants to change the world. The villain’s the one who constructs mountain lairs and secret cabals and schemes with threatening names and legions of snappily dressed goons. The villain gets to do stuff while the hero’s still scrambling around in confusion. Secret bank accounts! Strike teams! Blackmail! Disguise! Research into the forbidden arts! Dominating every conversation with radiant authority!

I don’t want to watch some lunk stumble his way to survival with swinging fists. I want to see — heck, I want to write about the character driving the action. The character who actually wants to be in this story. You can tell because she’s the one who woke up one day and said “I’m going to work really hard to change the world.”

If you want to protect how things are, get a hero. But if you want to change the world — if you want to shake the titanic, interlocked systems of civilization until they bend into a new and better shape — get an overlord.

And I do want to write about changing the world. The world’s not a good place yet. We should work hard to fix it, and that means working for change.

I wrote this book because I kept hearing an argument repeated: ‘a woman/a queer person/a person of color could never be the hero of a fantasy story. They’d be too oppressed to do anything. That’s just how things were.’

So Baru lives in a world where she’s targeted by awful oppression — racism towards people from her home island, sexism that denies her control over her own body, and homophobia that will see her maimed or killed if she makes a move on the wrong woman. Baru is the protagonist, and she refuses to be denied power and agency. Locked away in a Masquerade school? She’ll perform so well on the merit exams that they have to notice her. Exiled to a distant province as a mere accountant? She’ll take over the whole economy and dictate terms to royalty. Frozen out of government? She’ll build her own shadow government.

That’s the big idea in The Traitor Baru Cormorant: a protagonist who uses a villain’s tools for heroic ends. Baru is a shark, an incorrigible bastard, a menace and a delight. She loves power. She’s going to get as much of it as she can.

She’s going to use that power to fix her world. And nothing — not even her own hopes and qualms — will stand in the way.