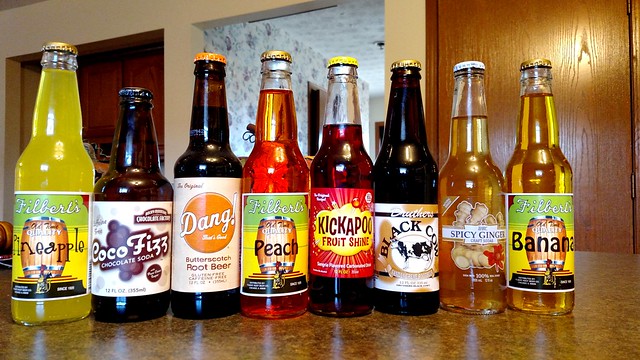 You may ask: Now that I have a little bit of spare cash lying around, what do I choose to spend it on? The answer: Obscure soda brands! Note the collection of soft drinks above, which I found at the local Rural King store. I may have squeed a little when I saw them on the shelf. I’m not sure I’m going to like them all — I’m not going to lie, I’m a little skeptical of the banana soda — but I’m going to try them all, just to see what they’re like. I don’t drink alcohol, so this is the closest I suspect I will come to a bender. I’ll let you all know how it goes.