Don’t say I never do anything for you. 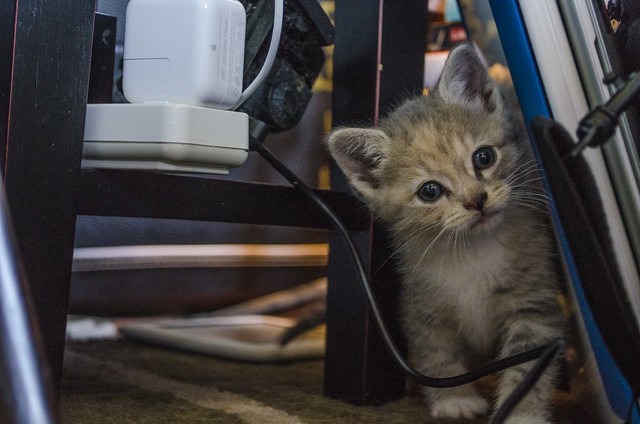 Thing One, among the cords (and yes, I’m actively discouraging chewing). 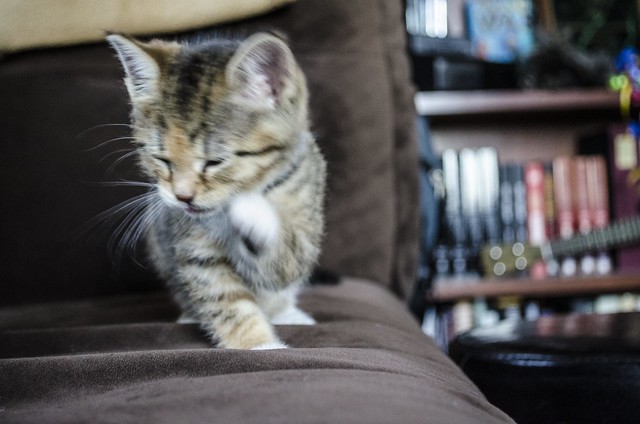 The two both seem to be adjusting well to life at the Scalzi Compound. I’m happy to say that both also took to the litter box with alacrity, so that’s one less worry. The dog has met them from the other side of a baby gate and wants to snuffle the heck out of their little heads, which neither Thing One nor Thing Two seems particularly keen on at the moment. Neither Zeus nor Lopsided Cat has made their acquaintance yet. I figure that will come in the next couple of days, when one or both decides to come upstairs for whatever reason.

There is much scampering.

And yes, you will be getting a lot of kitten pictures in the foreseeable future, here and on Twitter (and on Facebook, if you’re following me there). Don’t act like you didn’t know this would happen.