Because we all need more adorable in our life. 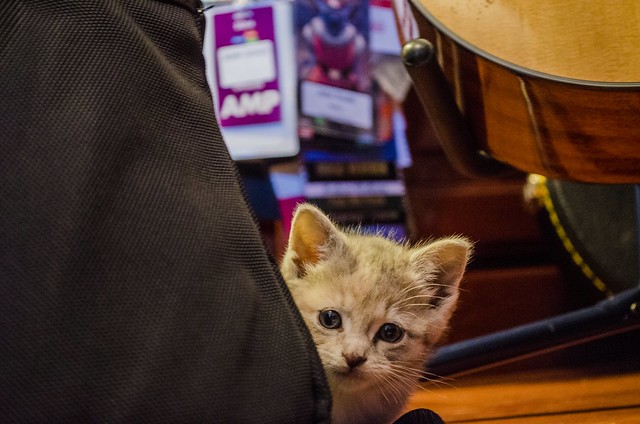 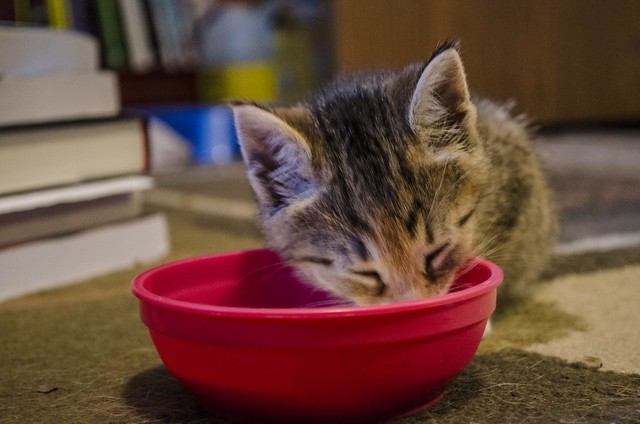 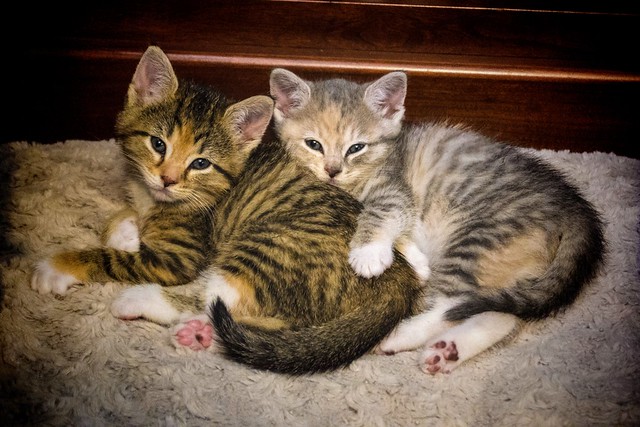 Thing One and Thing Two, posing as if for a formal portrait. 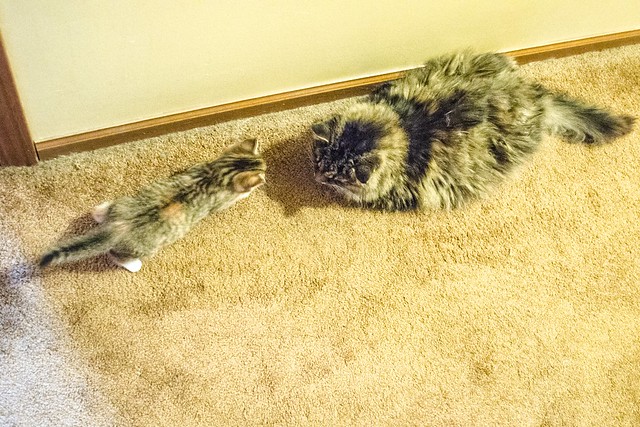 People have been asking if/suggesting that the names “Thing One” and “Thing Two” be made permanent. This will be up to Athena, who has been assigned the naming role. So far it does not appear she’s terribly enamored of the Thing One/Thing Two names, so we’ll see what she comes up with.

The other thing we learned, from the owner of the kittens’ mother: The kittens are eight weeks old. This is good, because they have fleas, and the flea treatment I have is not for kittens six weeks and below. We’ve been using a flea comb on both assiduously in the meantime and it seems to be doing the job. Largely keeping them in one part of the house (my office) also helps. No, I haven’t picked up any fleas. In any event, flea treatments for all the pets will happen in relatively short order.