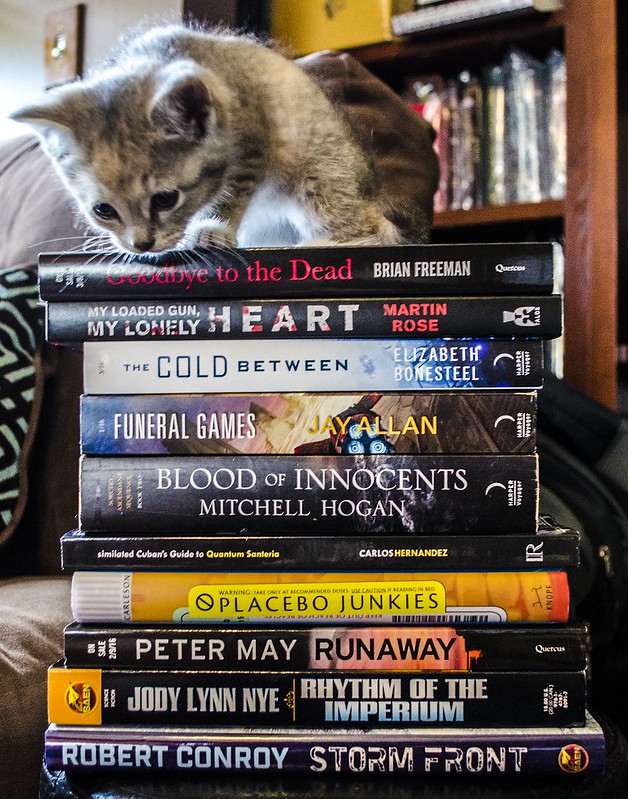 Which titles look intriguing to you? Let me know in the comments. 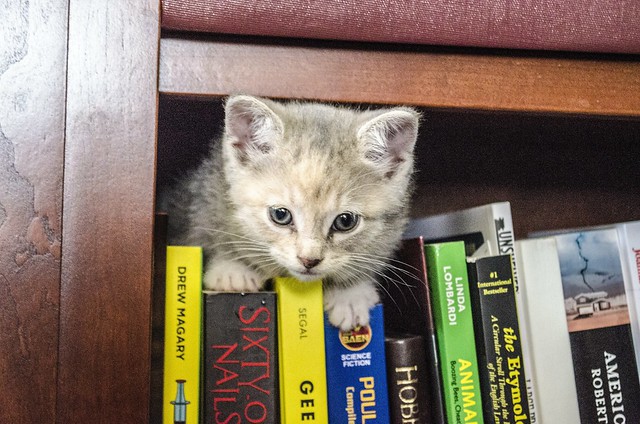 Thing One, enjoying some books. 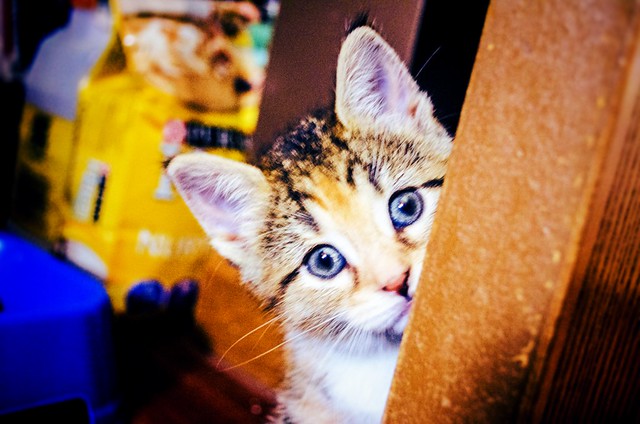 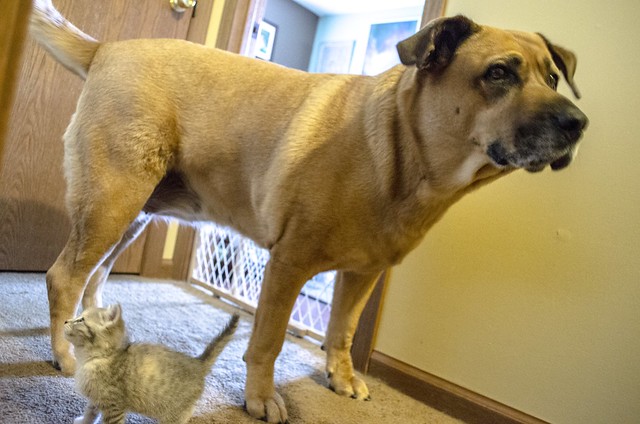 Daisy and Thing One. Check out the size differential there. Yes, clearly, they have met. In fact:

Yup. They’re going to get along just fine. 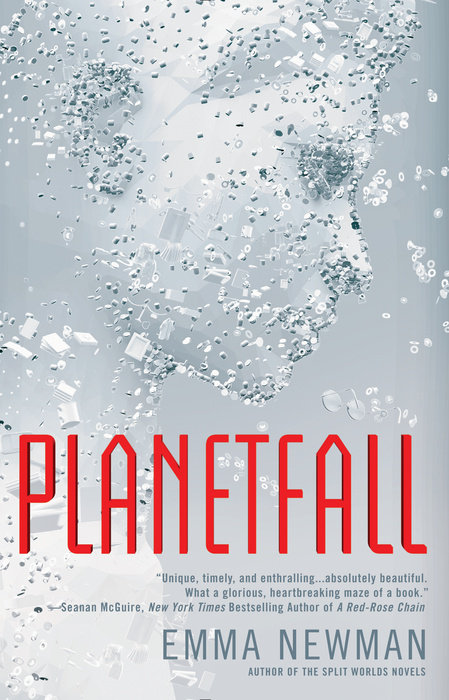 Is there space within a genre of big ideas for a little thing called “characters”? Emma Newman sought to find out in her novel Planetfall. Here she is with a report on what she discovered.

Science-fiction is a genre of big ideas. When I think back to the science-fiction I have read and loved, it’s invariably the big idea that stays with me, rather than the characters (with the exception of The Sparrow). It has been my favourite genre since I was about 8 years old and discovered Trillions by Nicholas Fisk in a Cornish library, but when I became a writer, I didn’t write in the genre. In fact, my first proper publishing deal was for an urban fantasy series.

Looking back, I realise now that I was intimidated. Not only because the genre means so much to me, but also because somewhere along the way, I became convinced that there was no place for me. Not just because I’m a woman (that’s a whole other blog post altogether!), but because I’m an author who writes about characters first and foremost. I feared I would never come up with a science-fiction idea big enough, original enough or exciting enough to carve my place on that genre bookshelf.

Then I had an idea that wouldn’t let me go involving a character concept that I simply had to explore. For the first time – after writing six other novels – the protagonist arrived in my mind before anything else.

There was a big idea at the core of that character, but it’s not one I can talk about in any detail without spoiling the entire book, so I’m going to keep the details vague. Suffice it to say she has a mental illness and I wanted to explore her experience of it.

At this point, there was no setting, nor any plot, just the certain knowledge that I had to explore this character and her mental health. I researched the disorder she suffers from, consuming case study after case study – whilst my urban fantasy novels were being written and then sold and then published – and then I came across an article about an idea for building a moon base using 3-D printers and moon dust.

It was like a piñata had been struck and exploded in my brain. I suddenly knew that this character, who had been lurking all that time, lived on a distant colony built using 3-D printing technology and she was the engineer who maintained all the printers. I knew she was the one responsible for fixing everything, whilst hiding how broken she is herself. And she had a name: Renata Ghali, known as Ren.

Then I realised I had stumbled into the decision to write science-fiction. Set a book in a colony on an alien planet and there’s no getting away from it! I was filled with doubt. With the character at the core of the story, rather than a science-focused big idea, could I pull it off?

Then another article caught my attention, one about the idea of a ‘secondary genome’ and how we are slowly becoming aware of how much our health and the functioning of the human body is dependent on the bacteria within our gut. It sparked off another line of ideas about how humans could adapt to an alien environment.

Between the 3-D printing, the secondary genome and thoughts about how communication technology could develop, there was no stopping me. The doubts were soon subsumed by the ideas as more were folded into the mix; the tension between religious belief and scientific investigation, the need for ritual and faith, how secrets can eat away at us from within and how technology can facilitate community without solving the problem of isolation.

Planetfall was the hardest book I’ve written to date, feeling more like a careful excavation than a joyful tumbling through a first draft. Now I can stand back and say I have written a science fiction novel with the protagonist front and centre who is just as important as the plot and the science. It’s my hope that when people read it, they will be left with the memory of Ren as much as the ideas contained within the pages.