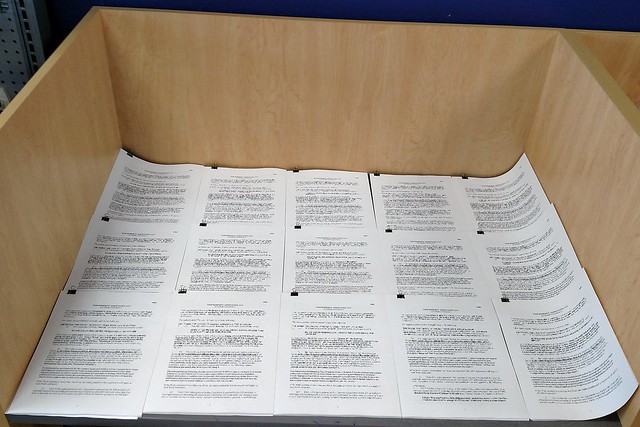 Tor Books and I agreed to our deal in May, but for various reasons (including the fact that the deal was for thirteen books, to be delivered over the course of ten years), the actual, finalized contracts didn’t get to me until this very morning. Here they are, laid out. You’re looking at ten years of my life, here — or at least the literary aspect of it, through 2026. I will be 57 years old when the last of these books is released into the world. Honestly, that just seems unfathomable at the moment.

I have a lot of deep thoughts about all of this, but I’m going to wait a bit until these contracts — which I signed! — are countersigned over at Tor. Until then, look: A decade, in contract form.