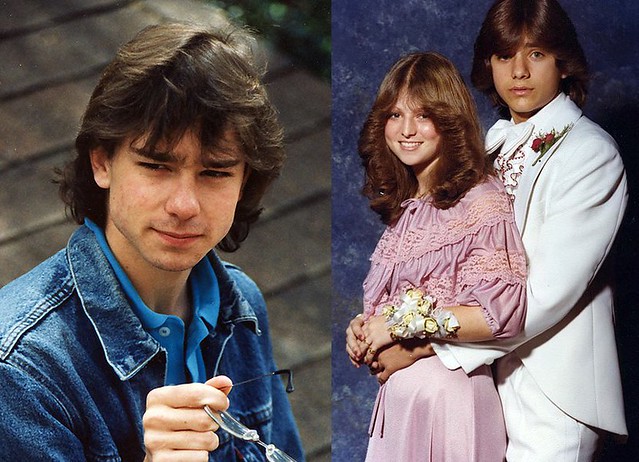 For years I’ve been told that a certain picture of me as a teenager (on the left) suggested that I was (and suppose am) an unauthorized clone of actor John Stamos. I have never really seen it, personally, but then over Thanksgiving John Stamos released his prom picture (on the right; he’s in white), and… well. I think this calls for a poll. Be honest, now.

90 Comments on “The Stamos Connection”