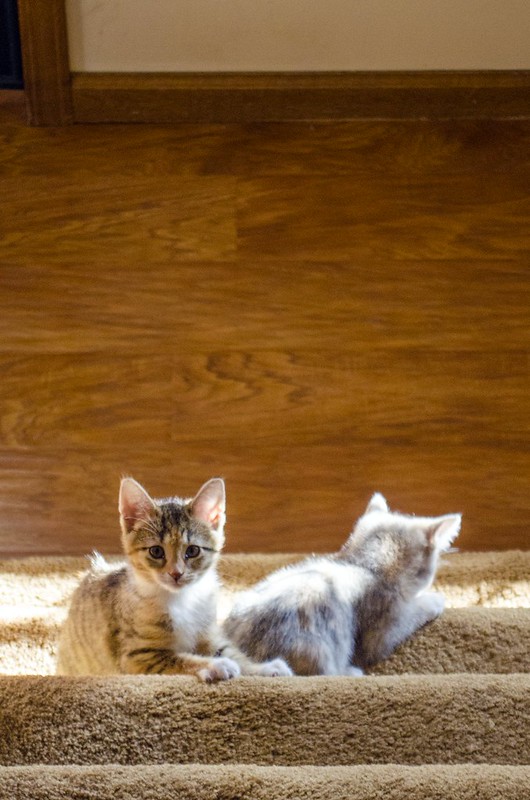 As do I. See you on Monday! 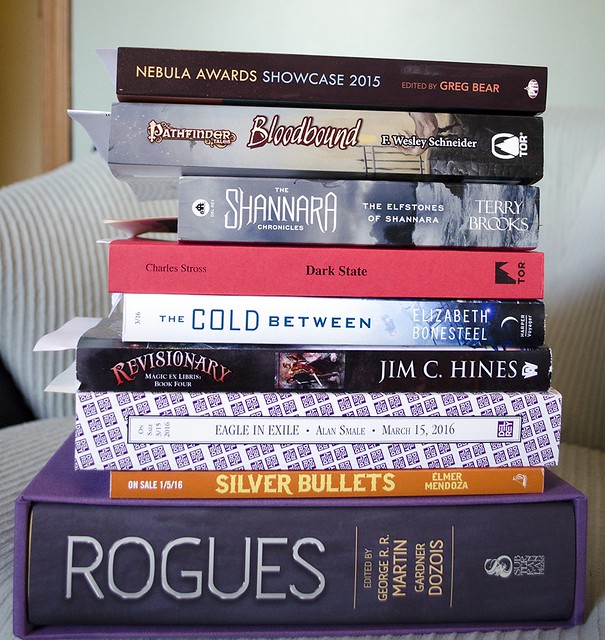 And here is the first collection of new books and ARCs of December! What looks good to you? Tell me in the comments! 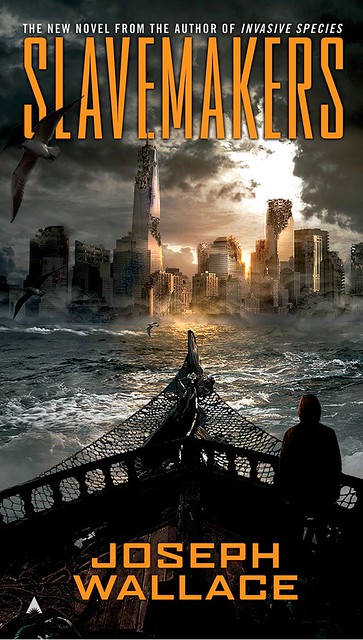 You might think of the end of the world as the end of it all… but as Joseph Wallace explains in this Big Idea for his novel Slavemakers, every end is also a beginning.

Sometimes, instead of being stuck in my never-changing neighborhood with its two-story homes and postage-stamp yards, I’d dream of being born a century or two in the future, giving me the chance to explore distant, uncharted worlds. (If P.S. 193 had offered a class whose final required surviving on a dangerous wilderness planet, like the school in Robert Heinlein’s Tunnel in the Sky did, I would have been the first to sign up.)

More often, though, I didn’t yearn to travel forward but backward through time. I desperately wanted to be living a hundred years earlier, or two hundred, during the great Age of Sail. Back when world maps were filled with blank spaces and countries with long-forgotten names and blurry borders. Back when the huge empty oceans bore the legend “Here Be Monsters.”

It wasn’t that I wanted to discover a new territory, plant a flag, found a civilization. The opposite: I was desperate to escape my city home, with its squirrels and pigeons, so I could truly understand what it was like to be just one species among countless others, instead of always the arrogant alpha.

But I was too late. By the time I got to do the traveling I’d always dreamed of, the world was still beautiful…but far from limitless. The empty spaces had almost all been filled in. Even while wandering among the great herds of East Africa or in the Amazon rainforest, I always knew I wasn’t truly alone. I understood that the wilderness still existed only because my species hadn’t yet chosen to destroy and occupy it.

I’ve been a writer almost since I can remember. But it wasn’t until just a year or two ago that I realized I could visit the world I’d dreamed of, if not in real life, then at least in my writing. That’s how Slavemakers was born.

In my previous novel, Invasive Species, I created a scientifically plausible way to bring modern human society to an end. While most of the book takes place in a fictional present, Invasive Species’ epilogue leaps forward to twenty years after the apocalypse. A group of survivors is about to embark on the first great exploration of what they call the Next World…aboard a sailing ship modeled on those that plied the oceans during the Age of Sail.

To explore a world once again filled with empty places. Here Be Monsters.

When I finished writing that epilogue, I thought I was done. I had no intention of creating a follow-up novel. But then the thought started nagging at me: Why did my characters get to embark on an expedition to an unknown world, but I didn’t?

And, on that thought, the plot of Slavemakers presented itself to me. (All at once, whole, as I was in a car heading back from a visit to Cape Cod.) It’s science fiction, it’s a thriller, but at its heart it’s also something else: A book about learning to adapt to, and survive on, a planet we no longer dominate.

What would it feel like to watch nature reclaim what we’ve long considered “ours”? To witness evolution rush in to fill the gaps left behind by our near disappearance, just as it did after the extinction of the dinosaurs? And, most of all, to be born onto that planet, into the Next World, and to start afresh, without the prejudices and preconceptions that led to the apocalypse?

I don’t live in Brooklyn anymore, and by now I understand the world I live in is the one I’m stuck with. But I don’t think it’s always going to be this way—our species is not going to come anywhere near the dinosaurs’ 165-million-year reign—and in Slavemakers I got to imagine what might happen next. 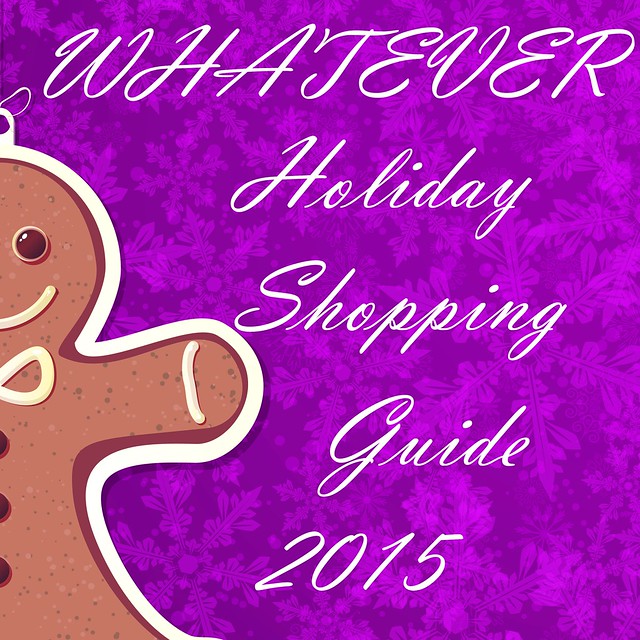 For the last four days, the Whatever Shopping Guide 2015 has been about helping you find the perfect gifts for friends and loved ones. But today I’d like to remind folks that the season is also about helping those in need. So this final day is for charities. If you’re looking for a place to make a donation — or know of a charitable organization that would gladly accept a donation — this is the place for it.

How to contribute to this thread:

1. Anyone can contribute. If you are associated with or work for a charity, tell us about the charity. If there’s a charity you regularly contribute to or like for philosophical reasons, share with the crowd. This is open to everyone.

2. Focus on non-political charities, please. Which is to say, charities whose primary mission is not political — so, for example, an advocacy group whose primary thrust is education but who also lobbies lawmakers would be fine, but a candidate or political party or political action committee is not. The idea here is charities that exist to help people and/or make the world a better place for all of us.

3. It’s okay to note personal fundraising (Indiegogo and GoFundMe campaigns, etc) for people in need. Also, other  informal charities and fundraisers are fine, but please do your part to make sure you’re pointing people to a legitimate fundraiser and not a scam. I would suggest only suggesting campaigns that you can vouch for personally.

3. One post per person. In that post, you can list whatever charities you like, and more than one charity. Note also that the majority of Whatever’s readership is in the US/Canada, so I suggest focusing on charities available in North America.

4. Keep your description of the charity brief (there will be a lot of posts, I’m guessing) and entertaining. Imagine the person is in front of you as you tell them about the charity and is interested but easily distracted.

5. You may include a link to a charity site if you like by using standard HTML link scripting. Be warned that if you include too many links (typically three or more) your post may get sent to the moderating queue. If this happens, don’t panic: I’ll be going in through the day to release moderated posts. Note that posts will occasionally go into the moderation queue semi-randomly; Don’t panic about that either.

6. Comment posts that are not about people promoting charities they like will be deleted, in order to keep the comment thread useful for people looking to find charities to contribute to.

All right, then: It’s the season of giving. Tell us where to give to make this a better place.