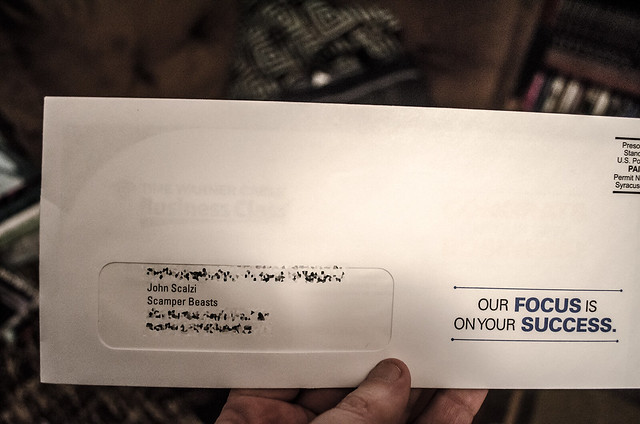 It’s a lie anyway, as TWC doesn’t string out cable to where we are, otherwise I would have it and be rid of my appallingly slow 5mbps DSL from CenturyLink, which is indeed linked to a century, that century being the 20th.

Don’t get me started about rural Internet. We will be here all day. Literally, as it would take that long for the rant to load.