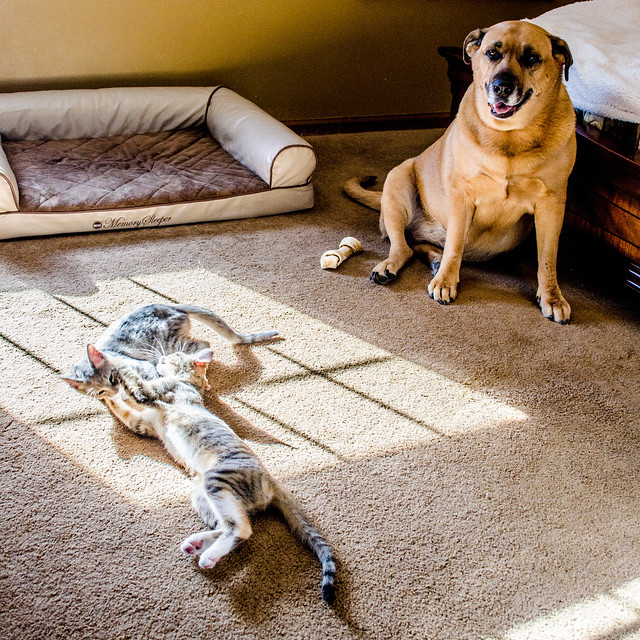 There you go, all caught up now. You’re welcome.

Plus, a dog! You know, as an extra. You’re welcome again! 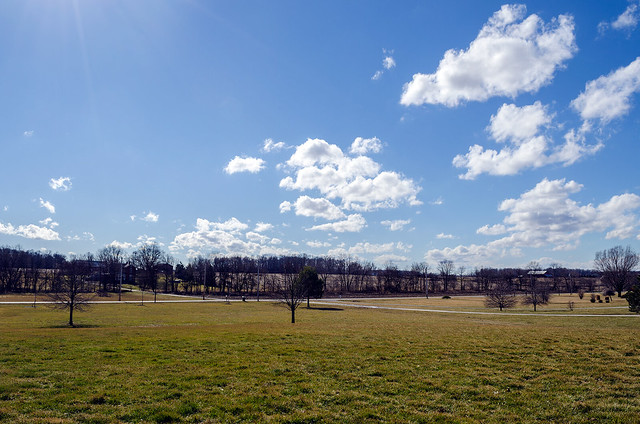 At the moment it’s 51 degrees here in Bradford, and expected to hit 54 as a high, which, I would note, is twenty degrees higher than the average temperature here for February 3rd. And while we again remind ourselves that weather is not climate, plus El Nino, I am nevertheless reminded that we had no snow in December and only a few genuinely cold days in January, and that while we might get to freezing daytime temperatures tomorrow, after that it’s all 40s until well into next week. February is generally one of our snowiest months around here, but this year, snow-wise, it looks like it will be a real bust.

Which, again, as someone who spent his childhood in Los Angeles, is fine with me! I went outside and took this picture in a t-shirt and bare feet! How awesome is that! And yet, the description I’d use for the winter is uncanny. There ought to be snow in February in Bradford, Ohio, or at least cold. 51 is not cold. It’s barely cool. On one level I like it. On another it’s unsettling. And it does make me wonder what the rest of 2016 is going to be like, weatherwise. I guess I’ll find out soon enough. 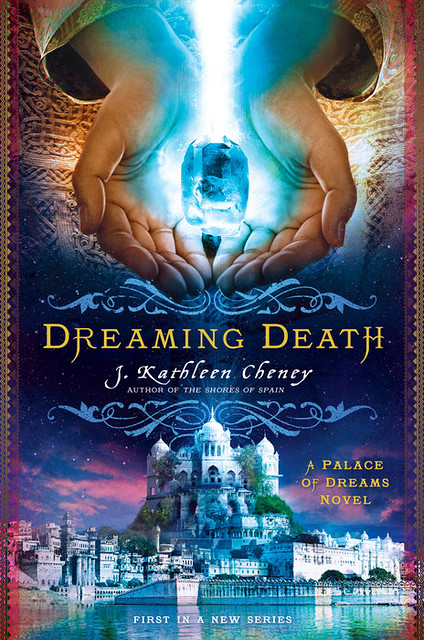 And now, from J. Kathleen Cheney, a very touching Big Idea about her new novel, Dreaming Death. As you read the Big Idea, you’ll realize I’ve just made a horrible pun. And I’m sorry. I’m a terrible person. But you should read the piece anyway, because it’s super interesting.

What happens when someone becomes overly sensitized to touch? That’s what my main character in Dreaming Death endures.

My original idea for this came from a late 1980s Glamour magazine that had a snippet in it about a scientific study that linked pale eyes and shyness. What the study actually claimed was that there was a correlation between pale eyes and ease of over-stimulation. And that got me thinking about my characters’ senses, and what it was like to sense too much.

We frequently see expanded senses in superhero stories: Superman and his x-ray vision, Wolverine and his excellent sense of smell, or Daredevil’s hearing. But we don’t often explore the superhero with an overdeveloped sense of touch.

The sense of touch is a curious thing. The skin is essentially one organ, but not every part of it senses at the same level. Science classes sometimes conduct an experiment where students measure skin’s responsiveness (usually by sticking each other with pins) to create a sensory homunculus. If you look this up online, you’ll see an unappetizing series of drawings and models that show distorted figures with huge hands and lips and tongues, because those are the areas of the skin that are most sensitive to touch.

So when I thought about my character, Shironne, I tried to apply what I knew about the sense of touch and extrapolate what it might be like to endure extreme sensitivity every day.

She feels every speck of dirt she touches, especially with her hands and feet. Her lips and tongue are more sensitive areas, so she’s aware of every impurity in her water and her food. Her face is sensitive, so a dirty breeze smacks her with smoke and fine dust and mist and spit from the man who’s walking past and talking. When her clothes are washed, particles of…well, everything…transfer from one part of her clothing to all the others via the water. Horse manure that got on her hem the day before spreads to her tunic sleeves, and she knows exactly what’s touching her skin. All day long.

(For those of you who are now cringing under your desks and rubbing yourself down with Clorox wipes, I apologize. A lot of people prefer not to think about this kind of thing.)

I can only imagine that an overdeveloped sense of touch would be awful. So until my heroine learned to ignore some stimuli in favor of others, her life would be a horrible and confusing cacophony of signals, some too terrible to contemplate. It’s certainly not a superpower I would want for myself.

I did my best to be aware of it in every scene. This is a curse Shironne has to live with for the rest of her life. She’ll eventually become acclimatized to some stimuli, and learn to set that input aside, like those of us who sleep through our alarm clocks. But I have to admit, I also fudged from time to time, just to keep readers from applying the Clorox wipes to the page.

Hopefully, I struck an acceptable balance.