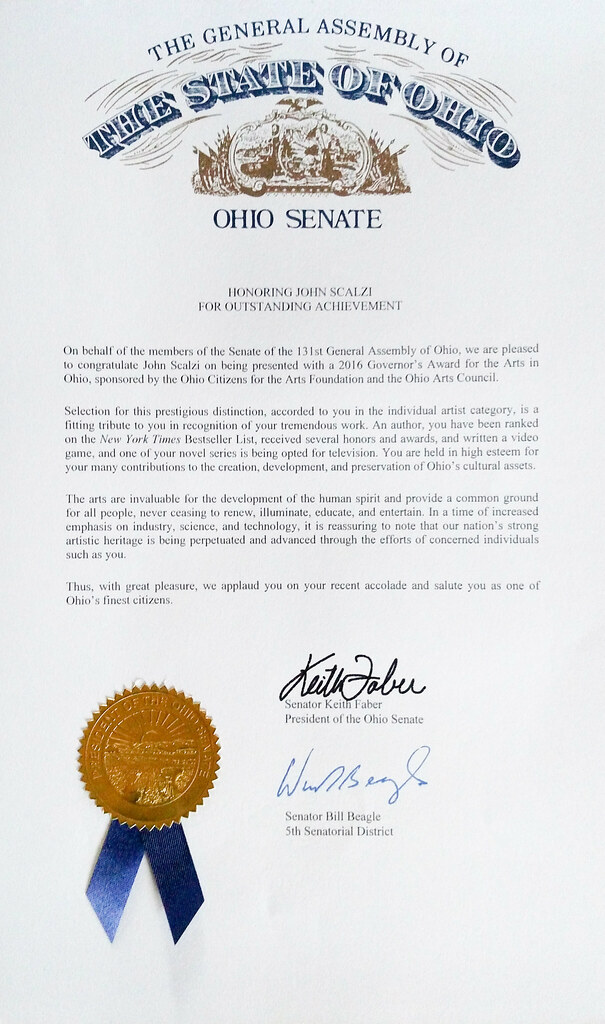 Here’s a nice thing that came in the mail the other day (to my mother-in-law’s house, oddly, but whatever): A commendation from the Ohio Senate! It’s for winning the 2016 Governor’s Award for the Artis in Ohio, and also, apparently, just for being a creative sort of dude who lives in Ohio. Well, okay! I’ll take it, with appropriate thanks and appreciation. This is kind of neat.

Interestingly, this is the second commendation I’ve received from the Ohio Senate; the first was in 2006, when I won the Campbell and was nominated for the Hugo for Old Man’s War. It was neat then, too. Does this predict a third commendation in 2026? Perhaps! (No.)

Regardless, it’s nice when your state appreciates you. I like Ohio, too.

36 thoughts on “Meanwhile, in the Ohio Senate”