We’re getting cosmic for this next question, from Greg, who asks:

Earthlings have 4 billion years to figure out space colonization before the sun goes red dwarf and consumes the earth Galactus style. They also have 4 billion years before the Andromeda galaxy collides with the Milky Way galaxy, which will likely require massive technology to survive.  Can we pull it off? Can we even survive that long?

Well, before we begin, let me make a few corrections here.

Also, the Andromeda Galaxy colliding with the Milky Way Galaxy? While it is likely to happen in 4 billion years or so, it’s unlikely any of the stars in either galaxy will collide with each other — the distances between stars is just too great. It’s possible (although unlikely) the Solar System might be ejected into deep space because of the gravitational effects of two galaxies merging, but the solar system itself should be fine. Mind you, by that time the Earth would be uninhabitable anyway because of the sun heating up, but the galactic smash-up will be neither here nor there to that.

So: The now amended question is: Will humans figure out space colonization before the Earth is rendered uninhabitable by the sun, which barring anything else will almost certainly happen a billion or so years from now, and will we survive that long in any event? 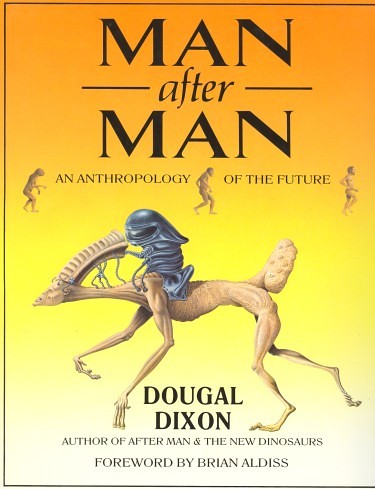 The answers: Maybe, and probably not.

Last part first: Humans, which is to say the species Homo sapiens, is about two hundred thousand years old, which is actually not that old as species go. We evolved out of previous species of the genus Homo; probably Homo heidelbergensis, which went extinct around the time we showed up (probably coincidence, I’m sure). Before heidelbergensis was Homo erectus, from which it was likely descended, and which has also gone extinct. And so on and so forth.

Here’s the thing about species: Generally, they don’t last very long (geologically speaking). Over time, most species are likely to do two things: Evolve into another species, and/or go extinct. To be clear, sooner or later, every species goes extinct (see the ticking timebomb of the sun, above); only some evolve into something else. But it is very rare, generally speaking, for a species to last more than a few million years.

Why? Because the Earth is an unstable place, given enough time — temperatures go up, then they go down. The amount of gases in the atmosphere fluctuates significantly. Ice ages happen. Global warming occurs. Every now and again an asteroid drops in to really screw everything up. Die offs of the majority of all the extant species on the planet have happened several times (and some folks are warning that we’re in the early stages of a new one, thanks to human activity messing with the planet). When the ecologies change, the niches that species developed to take advantage of change too. This is rarely a good thing for the species in question.

Current humans have existed for a mere 200,000 years, in a genus (Homo) whose oldest member existed only 2.5 million years ago — barely even yesterday in geologic time. It would be optimistic in the extreme to suggest that Homo sapiens, as it exists today, will still be with us a billion years from now — 400 times as far into the future as our entire genus extends into the past. Given the assiduousness with which we’re currently reworking the ecology of the planet (unintentionally or otherwise), we’re probably making it more difficult for the species to last another 10,000 years, much less a billion.

But we’re smart! I hear you say. Sure, that’s true, but does it then follow that a) we’re smart enough not to basically kill ourselves by wrecking the planet, b) that our intelligence means that evolution is done with us. The answers here, if you ask me (and you did) are: We’ll see, and probably not. In the latter case, there’s an argument to be made that our intelligence will increase speciation, as humans intentionally do to our species what natural selection did unintentionally before, and do it on a much shorter timescale, in order to adapt to the world that is currently rapidly changing under our feet, in no small part because of our own activities.

Now, as to the other question, will we have figured out space colonization by a billion years from now, sure. Look, if we really decided that space colonization was something we wanted, we could have a couple million people in space in the next hundred years, easy. The issue to my mind isn’t really technology — I suspect we have the tech to make roughly serviceable colonies in space (and on the moon and on Mars) right now, and we could scale up from there in the next hundred years, no problem. The issue is whether we want to make the effort, and swallow the frankly ridiculous set up and maintenance costs, of permanent space colonization. Barring a Seveneves-like catastrophic event, we probably won’t, because why would we? We’ve got a nice planet down here, even if we’re currently mucking it up a bit, with lots of raw materials and space to work with. It’s easier to try to work with what we have down here, at the bottom of a gravity well, then send people up there and try to make that work.

I mean, yes, sure, eventually the sun will eat the planet, and it will swaddle it with greenhouse gases long before then. But again, the operative phrase here is “geologic time.” These events are going to happen so far out in the future that the human mind — the Homo sapiens mind — literally cannot process how far out in the future it will be. I mean, shit. We think waiting two days for something to arrive to our house via Amazon Prime shipping is forever. To make a mind constructed like that consider the unfathomable expanse of a billion years is folly.

Rather than worry too much about a billion years from now, or five billion years from now, I’d rather have us think about the next hundred years, and what we’re going to do with them. Make no mistake, when we talk about the fact we’re “wrecking the Earth” what we mean is that we’re wrecking it for us. As soon as we’re gone, there’s no other species taxing the planet to the same extent we are. What life remains — and life will remain — will speciate out to take advantage of how the planet is then, and will fill the niches, and over time the planet will change again, and speciation will happen to take advantages of those changes, too. The Earth doesn’t need us, and it won’t miss us when we’re gone. It’ll just… go on. It will do that if we die off, or if we take to the stars. But honestly, the first of these is far more likely than the second.

I’d like for humans to be here in a hundred years, and in a thousand. After that, we can worry about the next million years, and then the next ten million, and so on, until we get to the billion year mark and a much hotter sun. We’ve got a lot of time between now and then, however. First things first.

(There’s still time to ask questions for 2016’s Reader Request Week — get your requests in here.)