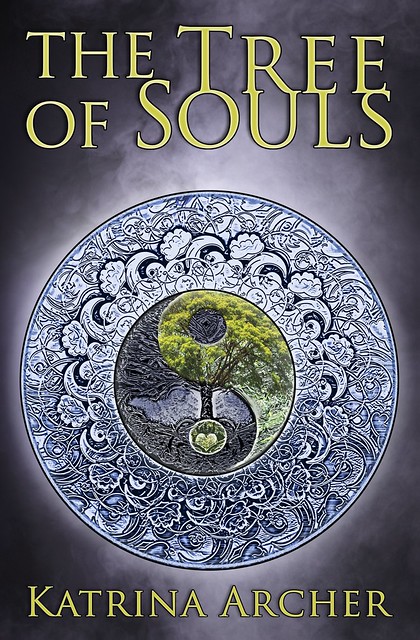 Real-world tragedies, best-selling action novels and the Canadian undead — these are some of the influences that Katrina Archer had in mind while writing The Tree of Souls. What did she take from each and how did they come together in her novel? Archer is on it, below.

The Tree of Souls was born from not one, but three ideas that together ask one Big Question.

The first idea: school shootings. Which sounds strange for a story set in a world without gunpowder, firearms, or even schools, but The Tree of Souls might never have seen the light of day if not for a school shooting in my hometown. I was outlining the sequel to my first novel, a young adult fantasy, when it happened. I go to a very dark place when these events occur, because I was in engineering school in Montréal when a bitter, envious man gunned down 14 female students at a neighbouring school. Including women in my circle of friends. So yet another shooting nearby made me feel like nothing had changed, and my light fantasy for teens took an inappropriately dark turn.

Instead of forcing a story I wasn’t in the right frame of mind to write, I channeled those unhappy energies into the characters of The Tree of Souls. Some of whom feel the same sense of rage combined with unchecked entitlement that I suspect drives a subset of mass shooters. While there’s no single root cause for these (I don’t have the training to really delve into the psychology), picking an emotion to focus on was my way of trying to make sense out of events I’ll never truly understand.

The second idea is why I sometimes pitch The Tree of Souls as “The Bourne Identity for fantasy readers.” Because my protagonist is an amnesiac—here, a woman named Umbra—with dangerous skills, who doesn’t know if she is on the side of right or wrong. As the Magic 8 Ball might say: signs point to “wrong.” (Herein end any similarities to The Bourne Identity.)

I’ve always loved the amnesia trope. One of my favourite characters ever is Roger Zelazny’s Prince of Amber, Corwin. He of the less than complete memories. Yet people often advise novice writers to avoid the amnesia cliché. A wise person once told me I’d likely only get one shot at it in my career, so choose wisely when to tackle it.

Amnesia creates drama precisely because the character doesn’t know what type of person they really are. I used it as a plot device to force Umbra to see herself as others do—even if she ultimately doesn’t enjoy the view—because she’s now a stranger in her own life.

The tricky line to walk with this as a writer is: how do you get a reader to empathize with a character who doesn’t particularly like herself? It took a few drafts to get that balance right, before Umbra started to feel like she was fighting for herself rather than simply against her sketchy past.

All of the above might sound unrelentingly grim. Which brings us to the third idea: I love vampires. Sexy vampires especially. I’d love to write the great Canadian vampire story. But. I had nothing new to say about them (I do solemnly swear that if I ever come up with anything, my vampires won’t be sparkly. #TeamLestat). The lack of a vampire idea obliged me to create a different kind of seductive, conflicted character, one who looks human on the surface, but also has deadly supernatural skills.

And thus was born Umbra’s power over souls. One that was very fun to write, and that gives her some cool options for getting into and out of trouble. On the surface, it’s this power that makes her a creature of death, but ultimately her human failings—her inner demons—are at the root of her travails.

Umbra can’t move forward unless she exorcises these demons and learns how to use her power for good. If she fails, I wrote a tragedy. If she succeeds, I wrote a redemption story. The one I committed to paper is *** SPOILERS ***.

Put together, the three ideas force Umbra to ask herself that one Big Question: “Am I a monster?”

Guess where you’ll find the answer.