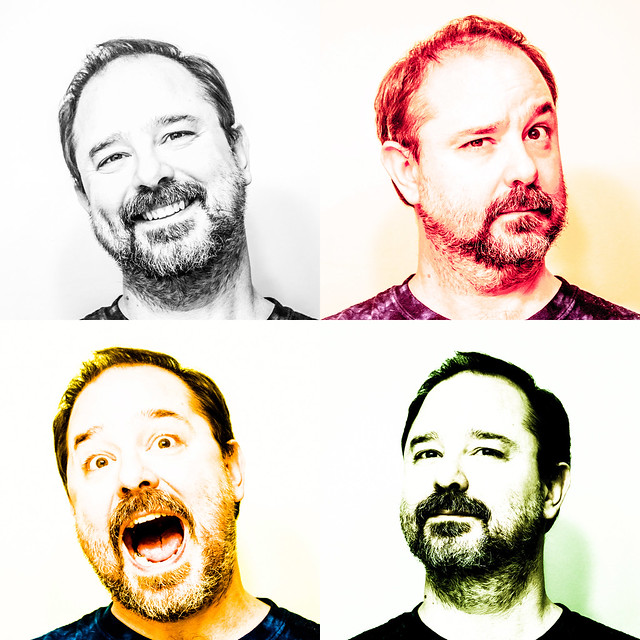 Yesterday morning, on the eve of my 47th birthday, Krissy asked me “do you feel old?” The question was rooted partly in the fact that today is my 47th birthday, partly because we were talking about time passing in a general sense, and partly because — and this is a thing they don’t tell you very often when you’re younger and you probably wouldn’t believe it even if they did — you don’t really ever feel different no matter what your age. You just go through life and then one day you’re 47 or something.

Here’s one answer to the question: No, I don’t feel old. 47 isn’t actually old, unless one has a career in sports, and I don’t. I certainly have more aches and pains than I used to. Last week I went in to get my leg checked because the spot where I tore my calf muscle last year was acting up again and the doctor said, basically, dude, you’re in your mid-40s, maybe you should stretch every once in a while. I’m balder than I used to be and I find it harder now to lose weight than I did even a few years ago, and my knees appear to be frequently unhappy with me.

But on balance these are minor things, and overall I still get to do what I want to do, physically, when I want to do them. Mentally I’m chugging along as well as I ever have, or least that’s how it appears from the inside; as far as the outside is concerned, well, you tell me. I don’t feel old, I just feel like me.

That said, another answer to the question is that I don’t feel young anymore, either. Some of this is due to the fact that there are two full generations of adults younger than me now, and some of those adults aren’t particularly young, either — sorry, everyone in their mid-thirties. Two generations of adults being younger doesn’t make me feel old, but it reminds me that the only way I’d be considered “young” is if I ran for president or landed on the Supreme Court (very unlikely in both cases). I’m also aware that adults responsible for big things are now my age or younger — the new mayor of London is younger than I am, and both Ted Cruz and Marco Rubio, who ran for president, are younger than I am, too. Lots of important people now are people I could have gone to high school with; part of me finds that vaguely terrifying.

The other part of me doesn’t, however, which brings me to my third answer, which is that I don’t feel old, but I definitely feel like I’m an adult. This is one way of saying that I don’t look around anymore to find out who the grown-up is in any room. It’s me, or at least I’m one of them. Part of being an adult to me is knowing what your skills are and being confident in them (and when you don’t have particular skills, not being embarrassed about it — life’s like that). Part of it is being able to make decisions for yourself and others and being able to make a plan, even if that plan is “find someone who knows what the hell they’re doing.” Part of it is being responsible for yourself and, when appropriate, for others. And so on.

This doesn’t mean adults can’t be uncertain, or neurotic, or exasperated or whatever; I’m all of those things from time to time. It’s more of the knowledge that even with those things, no one else is coming to do the things you need to do. You might as well get on with it. I’ve been with that program for a while now.

I don’t think it’s that hard to be an adult, especially when one is in one’s forties; presumably by that time you will have had some practice. This is why I’m always surprised and usually sad when I see people well in the full flower of their thirties and forties or even older than that, amazingly, acting like petulant or obnoxious children, not just once in a while (we all have our moments, alas) but pretty much all the time as far as I can tell. Age does not in fact bring wisdom, unfortunately. With these folks generally I try to be charitable and assume they have some adulting skills somewhere that I’m not seeing, and otherwise steer clear of them when I can.

I like being an adult; I happen to think I’m pretty good at it. My wife is better at it, I will note, and I can rattle off a number of people of my acquaintance who I think are better at it than I am, some of them younger (and almost all of them women, as it happens). Nevertheless I know my strengths, and my weaknesses, and have several of each. I work on each of them as needed and appropriate, in part because I know that at this point, there’s no way out of being an adult. I’m going to have to keep doing it for the rest of my life. That’s fine by me.

I think in some ways the word for how I feel at 47 is “settled,” in what I think is a very positive sense. I am well-established in my career, and happy in my personal and professional life. I have enough in my past that I feel secure in what I do and my place in the world, but I think I have more accomplishments and opportunities in still front of me. It’s a nice place to be, and it’s a nice place from which to set out to do other things. I’m looking forward to it, and to the next year.