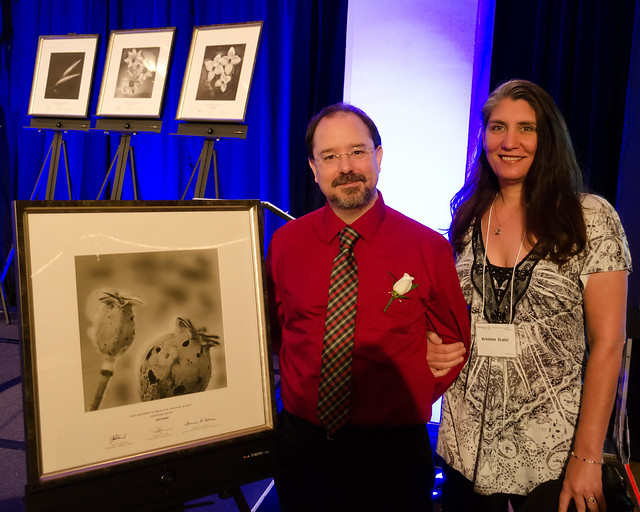 Today I received the 2016 Governor’s Award for Arts in Ohio, in the category of Individual Artist (along with Janice Lessman Moss, who is a fiber artist), and the award came in the form of some very striking prints of flowers, made by Paula Wilmot Kraus, each chosen with specific intent for the particular recipient. Mine, for example, was of poppies, which look sort of otherworldly. It was a lovely gift, given during a lovely lunch and ceremony.

I had been genuinely surprised to be given the award, since in the history of the award, which stretches back a couple of decades at least, it was only very rarely given to a writer, and never before to one who specialized in science fiction. So I was delighted to received it and very happy the Ohio Arts Council decided to go a bit into left field for the choice. And of course it’s nice to be recognized by one’s state for what one does, which in my case is to sit in an office in the tiny rural town of Bradford and write about the whole rest of the universe.

36 thoughts on “How I Spent My Afternoon”