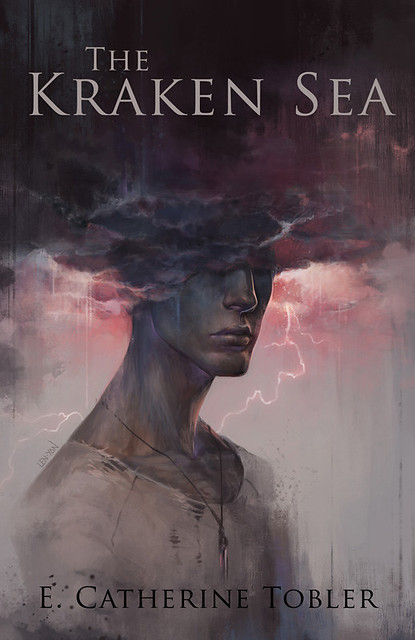 Family. Most of us have them, does that mean we do well with them? Sometimes we don’t — and as E. Catherine Tobler explains in this Big Idea for The Kraken Sea, that can offer an interesting area to explore in writing.

I’ve never been good at family.

My parents divorced when I was three and when I was older, joint custody meant summers spent with my father and his new family—including a brother I saw no need for. Who was this person? These visits were like marches through enemy territory; I never knew exactly where I was, and never managed to make a reliable map. Likewise, my brother thought I was there to capture his space and his father, who I still thought of as my father. Of course he was—even if he never felt like that, because we remained strangers to each other. Family gatherings contained a plethora of cousins who always knew their place and who they were to each other. I was someone from far away, someone from a branch of the family tree that had been severed.

When I started writing The Kraken Sea, it wasn’t my intent to explore family, though I quickly realized I had been doing that from the start with my circus stories (the first of which appeared in Sci Fiction, in 2005).

Still, I’d never told the story of the man who started the circus, the enigmatic and strange Jackson. He’s in the business for the profit, but beneath the greedy exterior, there’s a curious kindness that he won’t readily explain. His story has been glimpsed on a smaller scale in every short circus story I’ve written, but The Kraken Sea is the first place I actually take it apart and explore. The more I look at it, the more I see pieces of my own childhood.

Maybe it’s something a lot of people do—waiting for your proper family to show up and carry you away. Maybe plenty of people feel like aliens within their own family and think well this is a mistake, my people will be here for me soon. Maybe it’s something speculative fiction writers do more than most.

I’ve always known Jackson was separated from his birth family, having been left on the steps of an orphanage as an infant. The priests and nuns did not hesitate to take him in, despite all evidence that he was Not Quite Right. The priests were certain with the right guidance, Jackson would grow up proper and not at all bizarre. Or evil. Sister Jerome Grace takes a special and specific interest in Jackson: she knows what he cannot, that he is destined for inexplicable things, but that he will also come to make his own family, just as he makes his own fate.

Jackson’s never been very good at family, either. The priests were never fathers to him, and Sister Jerome Grace was never quite a mother. The orphans always maintained an Other quality to them, though for them, Jackson was the outsider. Jackson never wanted to invest in anyone—he likes penny dreadfuls and his personal space because these are both easily defined within the world of the orphanage. Outside those walls, he’s staggered when the whistle of the orphan train feels the same way. Books and my room did the same for me; they gave me a guaranteed place where I knew I could escape, safely.

The Kraken Sea is less about a person finding their place, and more about a person making their place. Of course, this place is never completed, but remains in a constant state of being created. Everywhere Jackson arrives, amid a flurry of new people, there’s a mental map to assemble; there’s territory to navigate and treaties to negotiate. How does he fit, given all he’s stuffed deep under his skin? Metaphorically and not.

How do we fit into the spaces we visit? How do we fit with our families and peers? Are we forever Outsiders, or do we find ways of fitting into circles and society, no matter our perceived strangeness? Or are we forever the child waiting to fly away into lands unknown where our own brother thinks we mean to conquer his people?