WordPress informs me that this post is the 10,000th post on the site. I know that figure is inaccurate, since none of the posts from between September 1998 and March 2002 are on the site, and there were at least several hundred of those; likewise, the WordPress doesn’t distinguish between the posts I write, and the several dozen guest posts and hundreds of Big Ideas. But I suspect they all even out, more or less, in the end — subtract the Big Idea and guest posts, add in the missing posts from the beginning era of the site, and you probably end up with me having written 10,000 Whatever entries, more or less.

Which is a lot. I’ve been writing this blog nearly 18 years now — yikes — and 10,000 posts is an average of 555 posts a year, or one and a half posts a day (I didn’t always write write here daily in the early years, and lately I’ve been taking more weekends off). And while I’ve written close to 100,000 Twitter posts in since March 2008, which seems like a lot more, most posts here are rather longer than 140 characters. In short, it’s a whole lot of writing, for a really long time.

As I’ve noted before, and with no disrespect to my fiction work, which is great, harumph harumph, it may end up years from now that people see Whatever as my life’s work, and everything else I’ve done as incidental to it. Which would be ironic, as I by design make no money from the site. But, whatever. The future will decide for itself.

And in the meantime, here. Have a picture of a cat. 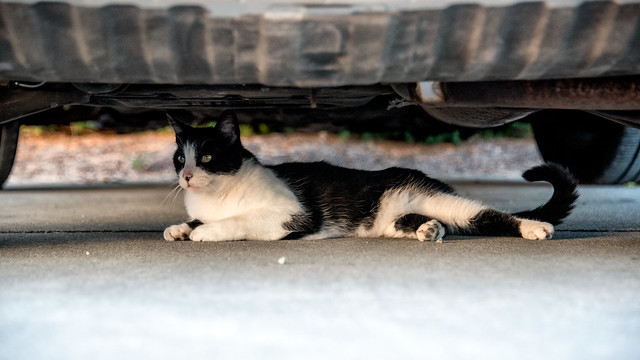