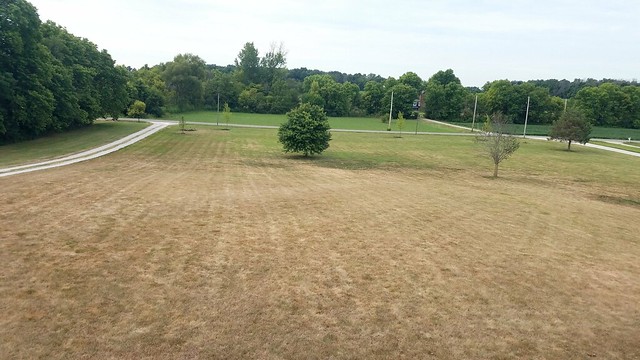 We have a five acre lawn, and occasionally people from generally drier climes who think upon the lawn ask, aghastedly, how we water the thing — I think they imagine a complex set of sprinklers that suck the water table dry bringing us all that much closer to the water apocalypse. The answer to “how does it get watered” question, however, is “from the sky,” meaning that during those times when rain is not forthcoming, the grass goes dormant until it is. We’re in one of those times at the moment; there’s been rain in the last few weeks, but not a lot of it, so the lawn has gone yellow.

Which is fine. I like having a large lawn, but not so much that I’m going to be a control freak about it. When it doesn’t rain, you get a yellow lawn. It’s water math. This is not unusual for August around here anyway; typically more rain will come in September and October and it will get green again before it gets covered in snow. We’ve been here 15 years, we know the drill by now.

That said, the forecast is for thunderstorms, starting tomorrow and lasting literally all the next week. It might get greener sooner than later. We’ll see.