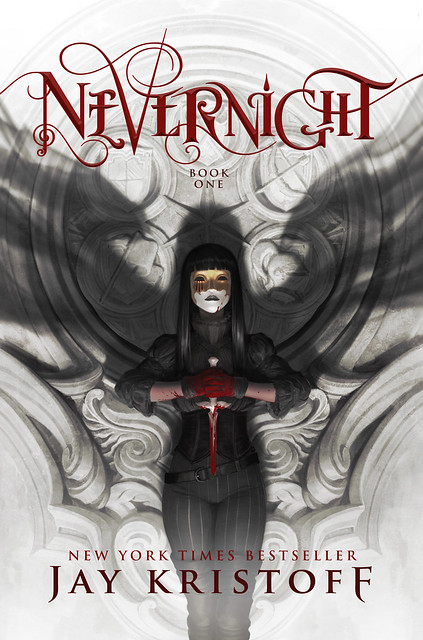 If Jay Kristoff had managed nothing else with this Big Idea piece for his new novel Nevernight, he would have had arguably one of the most grabbing first sentences in the history of the feature. But there’s more to it than the first sentence, promise.

Nevernight started with an argument about vaginas.

More accurately, an argument between two of my lady friends about a particular curse word we use for vaginas. Friend A asserted that the C-bomb was the most offensive curse word in the English language. Friend B’s thesis was that, unless you’re an idiot, vaginas aren’t any more offensive than any other body part, so curse words denoting them shouldn’t be, either.

It was New Year’s Eve. Everyone was quite soused. Friend B won the argument.

. . . Okay, let me back the truck up. Because you might not have even had your morning coffee yet and you probably wandered in here looking for an article on fantasy books, and hey, surprise vaginas.

At this point in the article, I’m supposed to be talking about the big idea behind my new novel, Nevernight. I could talk about the fact that it’s an epic fantasy set in a trinary star system, meaning the world only gets two weeks of night-time every two and half years, and that makes it really hard to construct a narrative starring an anti-hero/rogue archetype, because typically they get up to all their roguery and anti-heroics when it’s dark, and hey, surprise run-on sentence.

I could talk about flipping the switch on the light vs dark trope, and building a world where the folks in white hats aren’t necessarily the good guys. Or I could talk about the big idea behind Nevernight’s setting, which is kinda like Hogwarts, if Hogwarts was a school where, instead of learning magic and the true value of friendship and painfully British stiff-upperlippedness, you learn to murder the shit out of people instead. Writing a school full of neophyte assassins is actually a real pain in the nethers. It’s difficult to keep your characters sympathetic when they’re all training to become the sort of bastards who murder people for money.

But honestly, the big idea in Nevernight is the heroine, Mia. She’s the beating, bleeding heart of the entire book. After the Great 2013 NYE Vajayjay Debate, I went home and wrote a scene about a boy and girl. The boy tried to convince the girl that the C-bomb was the Worst Word Ever, and the girl smoked a cigarette and explained to him why it wasn’t. At the end of that scene, I was fascinated with this girl. I had no idea who she was or what she wanted, and so I built her a world to find out.

It is a world of perpetual sunlight, where Mia’s ability to manipulate darkness isn’t all that useful. It’s a world where Light conquered Dark, a world that illustrates how badly it can turn out when the good guys get what they want. It’s a world of assassins and cats made out of shadowstuff, murder and betrayal and a bit of smut. But ultimately, a fantasy world is just a stage for a story. And this is a story about a girl and her vengeance, and whether the price she pays for the revenge she craves will be worth it in the end.

Mia is the big idea at the heart of Nevernight.

I hope you find her as intriguing as I did.