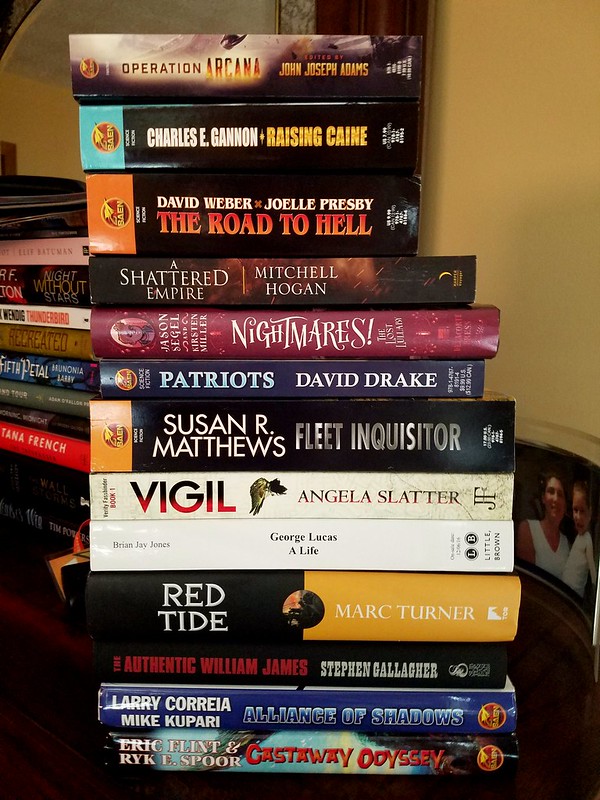 It’s been a busy week for new books and ARCs here at the Scalzi Compound — he’s another stack of fabulous titles from excellent authors. Which ones will you be adding to your own “To Be Read” list? Tell me us in the comments!