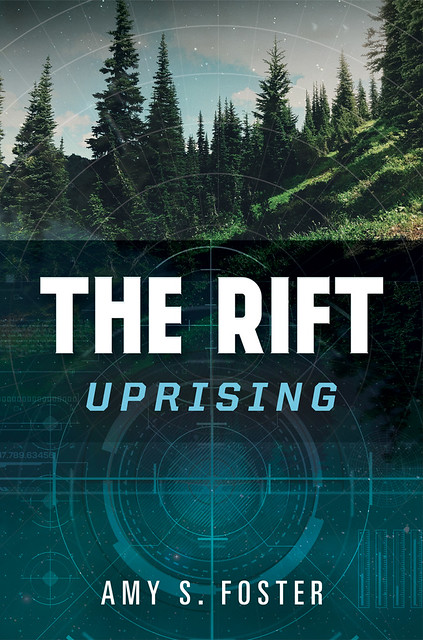 I liked reading Amy S. Foster’s Big Idea for The Rift: Uprising, because her idea is very much the same idea I have as far as my own teenager goes. What idea is that? Read on.

So I had this idea…This big, crazy, ridiculous idea to write a YA novel that my sixteen year old daughter and her friends would actually want to read. I don’t mean that in an “Oh My God Mom! You are so uncool why would I read anything you write?” kind of way. I mean that I wanted to write a book where the teenage protagonists acted and sounded like the teenagers who drifted in and out of my house in a never ending stream of Axe Body spray and with the moods! So many moods! Swinging from mania to indifference on a dime.

As annoying as these kids could be, they were also funny, messy (emotionally and literally,) complicated and misunderstood. Just like I was. Just like you were. Books were the thing that helped me grow up, that delivered me from my isolation. I was never alone, as long as I had a book and obviously, I still feel that way.

It was kind of amazing to me how the Media (and yes that’s a capital M because I mean it in the most all-encompassing way) pandered and courted my daughter’s demo when it came to TV and fashion and make up and one bizarre awards show after another- but somehow, when it came to literature, she felt sorely misunderstood and misrepresented. So yeah, addressing that issue for her was the first big idea.

The second big idea was creating normal acting and sounding teens when they were doing crazy, extraordinary things like policing a Rift into the Multiverse or fighting big scary monsters or throwing around tree trunks. How do I get those kids to sound like the kids in my house? I didn’t want to write Dystopian. I wanted these young people to have this weird job and then go home and watch Netflix. And I am happy to report that as far as those ideas went and according to my Beta Test subjects (who I occasionally had to bribe with dinners and Starbucks) I got it right. Truuuust…they told me when I got it wrong. Loudly. With enthusiasm.

So okay, you might be thinking, isn’t the Multiverse the big idea here? Because it’s like truly, literally, the biggest idea in the world(s). And it is…I love the science behind it. I love physics. I’m kind of obsessed with how I used sound to navigate these Rifts and as exciting a device as the Multiverse is, in my book, it ended up becoming a metaphor for something much more mundane. When you’re staring adulthood in the face, when you’re wondering who you are and what you are going to do forever, it might as well be the Multiverse. It feels that vast, that huge and that scary to navigate.

The main protagonist in my novel, Ryn, is facing this challenge daily. Sometimes she gets it right, sometimes she doesn’t. And today, at almost eighteen, my daughter is the same. I’m sure if given the chance she’d much rather fight a Snake Man (Sissnovars in the book) or a Viking (time is stable in the Rifts but depending on one small thing, think Butterfly Effect, an Earth could be thousands of years more or less advanced technologically) than take her SAT or apply to the dozen or more colleges she’s trying to get into. Like Ryn, my daughter is just beginning to understand her own power and also like Ryn it both thrills and terrifies her. But, like I say in my dedication, it was my daughter who taught Ryn how to be brave. Both of my girls will make it. Both of them will become the heroes of their own stories.

We’ve got an entire trilogy (and college!) to get through.

← Trump, the GOP, and the Fall
The Dispatcher Hits #1, The Front Room is Finished, Hanging Out at NYCC With Adam and Norm →