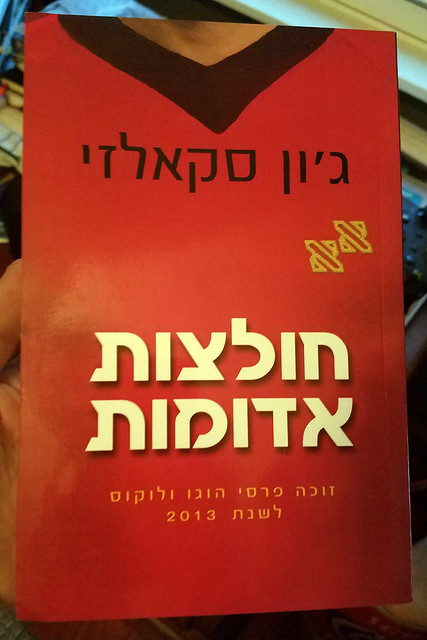 Happy to say that the Hebrew edition of Redshirts (translated by Zafrir Grossman) won this year’s Geffen Award — Israel’s most notable SF/F award — in the category of Best Translated Science Fiction Novel. A fine honor! This is my second Geffen (the first was for the Old Man’s War back in 2007), and it’s as much a thrill the second time around.

My thanks to Mr. Grossman for his fine work — it’s as much his award as mine. Also thanks to my Israeli publisher, Opus Press. I hope they’re as happy as I am. And of course thanks to the fans who voted for the book!