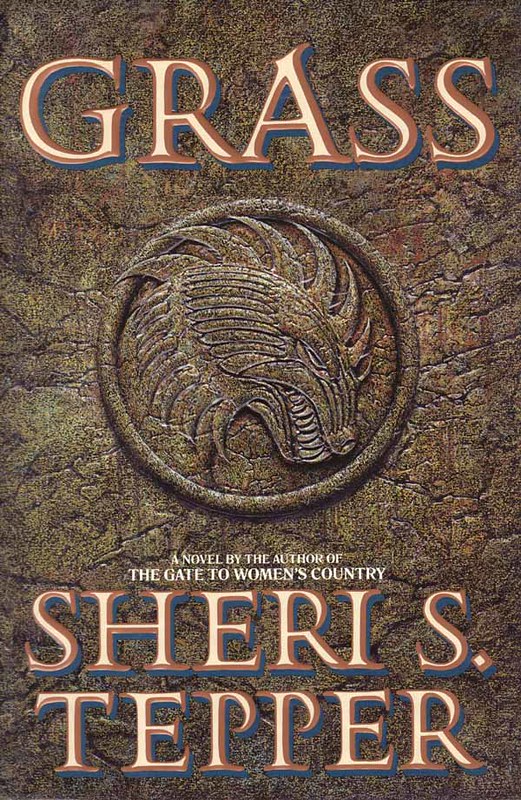 This is genuinely upsetting news for me: Locus is reporting the death of Sheri S. Tepper, who wrote the Hugo-nominated novel Grass among many others, and who was given a lifetime achievement award by the World Fantasy Convention just last year. Tepper was in her late 80s, and had an accomplished life outside of her considerable writing career, including being an executive director of the Rocky Mountain Planned Parenthood in Colorado, so one can’t precisely say this is an unexpected development. But she was one of my favorite science fiction and fantasy writers, and an influence on my thinking about SF/F writing, so to have her gone on is still a deeply depressing thing.

Also a bit depressing: That Tepper, while well-regarded, is as far as I can tell generally not considered in the top rank of SF/F writers, which is a fact I find completely flummoxing. Her novel Grass has the sort of epic worldbuilding and moral drive that ranks it, in my opinion, with works like Dune and Perdido Street Station and the Earthsea series; the (very) loose sequel to Grass, Raising the Stones, is in many ways even better, and the fact that Stones is currently out of print is a thing I find all sorts of appalling.

If you haven’t read Grass, I really suggest you find it and put it near the top of your SF/F reading queue. You won’t be disappointed (and if you are, then, well, I don’t know what to tell you). It’s a stone classic. Not everything that Tepper wrote worked for me, which makes her like literally every single writer I admire; but the things of hers that did (these two novels, The Fresco, Beauty, The Visitor and others) have stayed with me year in and year out.

Farewell, Ms. Tepper. Your voice will be missed. I’ll keep reading what you have left us.

I was a couple of months late in turning in The Collapsing Empire; I originally planned to have it to Tor before Worldcon this year (which was mid-August) and ended up sending it to my editor literally the day I left for New York Comic Con, which was the first week of October. Some of that had to do with fine-tuning and changing bits of the story to make them more effective, plus travel and life in general.

But a whole lot more had to do with the 2016 presidential election. There were entire weeks where I got up each day, fully intending to go straight into writing on the book, and instead ended up checking Politico, the Washington Post, Five Thirty Eight and a whole other host of political sites, and got myself wound up enough that it was a miracle if I got any writing done at all, much less hit my daily quota. Now, I’ve written books during presidential elections before, and I’m easily very diverted by them. But my level of distraction has never been this bad before.

At New York Comic Con, I confided to another author about my book being late because of the election, and her reaction was basically to say YES SO VERY MUCH THIS and then we were joined by an editor, who was all OH MY GOD BASICALLY ALL MY AUTHORS ARE SAYING THIS, and then suddenly I didn’t know whether to feel better or worse. On one hand, it was a bit of a relief to know I wasn’t the only author whose schedule was bunged up by the election; on the other, what a mess this election has been if whole swaths of writers have been knocked off course by it. I could go into why this is, but I think you all already know my opinion about this election so we can take it as read for now.

My question to you is: Is it just us? Or have you found that you (or others you know about) have been knocked out of your usual level of work productivity because of this election as well? Has obsessively refreshing poll trackers and political feeds and Twitter kept you from the timely performance of your duties, or, if you still manage to get stuff done on time, is it still a challenge to keep your mind on task? More than usual?