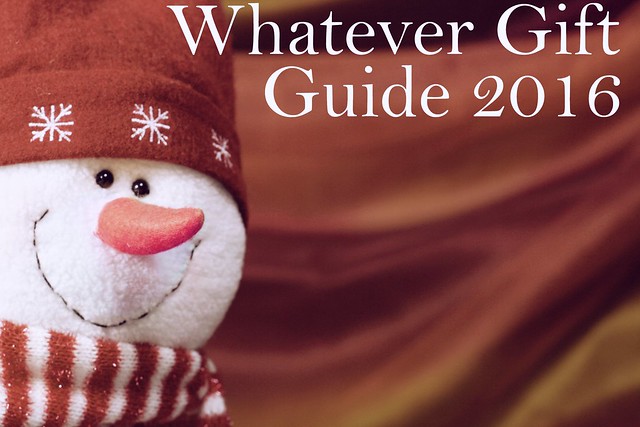 For the last four days, the Whatever Shopping Guide 2016 has been about helping you find the perfect gifts for friends and loved ones. But today I’d like to remind folks that the season is also about helping those in need. So this final day is for charities. If you’re looking for a place to make a donation — or know of a charitable organization that would gladly accept a donation — this is the place for it.

How to contribute to this thread:

1. Anyone can contribute. If you are associated with or work for a charity, tell us about the charity. If there’s a charity you regularly contribute to or like for philosophical reasons, share with the crowd. This is open to everyone.

2. Focus on non-political charities, please. Which is to say, charities whose primary mission is not political — so, for example, an advocacy group whose primary thrust is education but who also lobbies lawmakers would be fine, but a candidate or political party or political action committee is not. The idea here is charities that exist to help people and/or make the world a better place for all of us.

3. It’s okay to note personal fundraising (Indiegogo and GoFundMe campaigns, etc) for people in need. Also, other informal charities and fundraisers are fine, but please do your part to make sure you’re pointing people to a legitimate fundraiser and not a scam. I would suggest only suggesting campaigns that you can vouch for personally.

3. One post per person. In that post, you can list whatever charities you like, and more than one charity. Note also that the majority of Whatever’s readership is in the US/Canada, so I suggest focusing on charities available in North America.

4. Keep your description of the charity brief (there will be a lot of posts, I’m guessing) and entertaining. Imagine the person is in front of you as you tell them about the charity and is interested but easily distracted.

5. You may include a link to a charity site if you like by using standard HTML link scripting. Be warned that if you include too many links (typically three or more) your post may get sent to the moderating queue. If this happens, don’t panic: I’ll be going in through the day to release moderated posts. Note that posts will occasionally go into the moderation queue semi-randomly; Don’t panic about that either.

6. Comment posts that are not about people promoting charities they like will be deleted, in order to keep the comment thread useful for people looking to find charities to contribute to.

All right, then: It’s the season of giving. Tell us where to give to make this a better place.