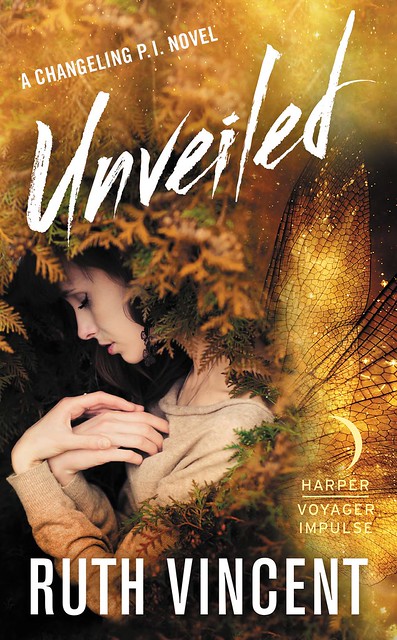 Revenge: Is it all that it’s cracked up to be? Author Ruth Vincent asks this question, in relation to her new novel Unveiled, and also in a larger sense. What’s the answer? Read on.

It’s often said that the role of the protagonist in a fantasy novel is to be the person we, the reader, wish we could be. But given how bloodthirsty this genre is, I’m not sure what that says about us.  It makes sense that our escapist literature is often about vengeance.  Speculative fiction is the genre of us “nerds,” and it sells us a feel-good fantasy of finally getting revenge on a realm’s too-mighty “cool kids.” We never tire of watching the scrappy hobbit/farmer/orphan defeat the slick, glib, arrogant monarch/mage/authoritarian; we cheer as they run this villain through with their sword, or shoot them with lasers, or light them up with fireballs, and we don’t stop to think about how horrifying we’d find these “heroes” if they were that quick to murder in real life.

Without giving away any spoilers for my novel, Unveiled, let’s just say that a bad thing happens to my heroine, Mabily Jones. In the end, she’s given the opportunity to kill the villain who wronged her. Because the bad thing occurred in the fairy realm, she will face no consequences for her action; the law of the land will be on her side, and she’ll probably be hailed as a hero for killing this character. But does that mean she should do it?

This was a soul-searching question, not only for my heroine, Mab, but also for me as an author. First, I had to examine if revenge would be consistent with her character? Mab is not at all prone to violence, but she’s been emotionally devastated, and revenge appeals to the emotions. What almost pushes her over the edge though, is that she won’t be held responsible for her deed. I’ve recently been riveted by the HBO drama “West World,” whose premise asks the question, who do we, as human beings, become when we think that our actions have no consequence? “The park shows you who you really are,” as one character put it, and the disturbing implication is that most of us are murderers, rapists, and generally horrible people if we’re given the chance.

The “Changeling P.I.” series exists partly in a realistic New York and partly in a parallel supernatural world. It’s an interesting thought exercise to realize that Mab probably wouldn’t have felt tempted to kill the villain if the crime had taken place in the “real world;” her temptation to violence is much stronger in the “other” world, especially since the would-be victim is nonhuman. Mab recognizes the primal pull of vengeance in herself, but is disturbed by what this says about her:

“I’d be lying if I didn’t admit that this power, the power to hold someone’s life in my hand like the most delicate egg, didn’t secretly elate me.  But I stopped myself. If I killed him […. ] what did that make me?

It makes her no better than the villain, she realizes, whose own actions were primarily motivated by revenge. She knows if she crosses that line, she’ll no longer be the same person. She’ll be a killer, and no matter how justified, even heroic the other characters will view her action, it will forever change the way she relates to herself.

However, as a writer, I was afraid that if Mab didn’t kill the villain, even if he was satisfyingly punished in other ways, readers would look at my heroine as being weak for letting him live. Creating a “strong female character,” is often narrowly and superficially viewed as making a female character violent, as if that’s the only way to show strength. If I chose this path, so that I could make my heroine look like more of a badass, was that a tacit approval of an over simplified moral system where every “bad guy” must be given the death penalty? If I didn’t believe in that in the real world, why would I make those the rules for my fictional universe?

I won’t say whether or not there’s an alternative ending of Unveiled on my hard drive, where my heroine gets sweet, gory revenge upon the villain, but ultimately Mab and I both chose to forebear. This doesn’t mean I had my villain and heroine holding hands and singing Kumbaya at the end. While I’ve always striven to create empathetic antagonists in this series, some characters cannot be redeemed. Mab ensures through her actions that the villain’s evil is contained, that he faces justice for his crimes, and that he is prevented from harming anyone else. But she steers clears of the vigilantism that’s fashionable in urban fantasy.

The reason I chose to write urban fantasy was the genre’s potential for realism, even if that potential isn’t always utilized. After all, in urban fantasy, one doesn’t have to travel to other realms or universes to find magic; these stories take place in our world. It’s accessible, relatable speculative fiction. But the thing about the real world is we rarely get the opportunity to take revenge on those who’ve done us wrong. Even if we do get the chance to give those jerks their just deserts, it doesn’t mean we should. It might feel good to fantasize about, but if we’re grownups, we understand that it won’t change the past, it won’t even make us feel better once the moment of sweet satisfaction is passed, and the act could cause rippling harm to ourselves as well as victims unintended. Because in the fantasy of revenge the act of justice always occurs in a vacuum, and that’s seldom the case in real life.

Once the villain is no longer able to harm others, Mab knows she must walk away from vengeance, turning her focus to her own healing and moving on. It’s doesn’t give her the satisfying snick of closure she’s emotionally seeking, but it’s the adult decision. To some genre critics, her choice may make her look weak. To me, it makes her strength believable.