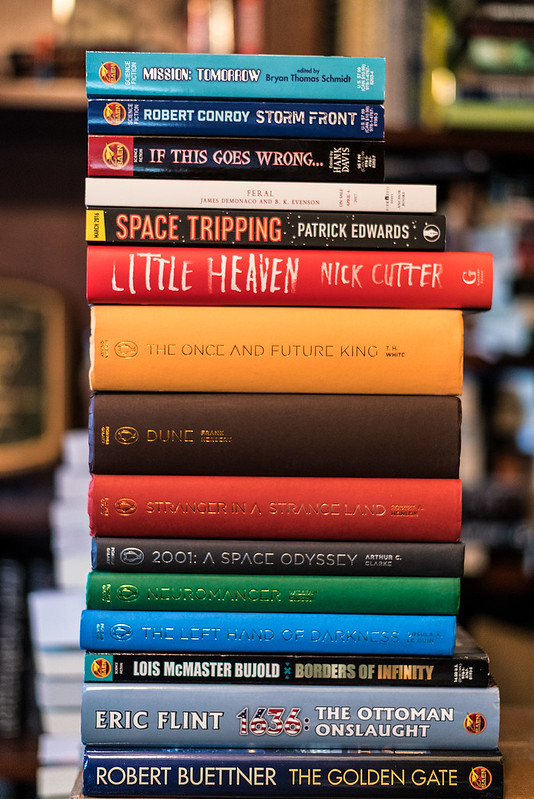 In just before Christmas and the start of Hanukkah, this set of books and ARCs that have come to the Scalzi Compound. Anything you’d like to see under the tree or aside the menorah? Tell me in the comments! 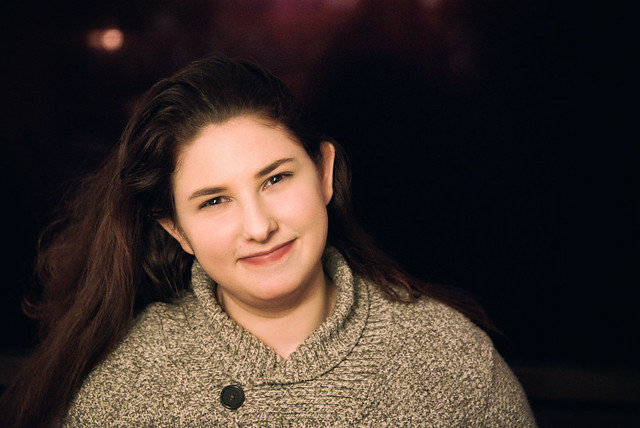 Here is a true thing: In the grand scheme of things, I’ve only had three things I wanted to do with my life. The first was to be a writer. The second was to be a good husband. The third was to make sure that any kid I had made it through their childhood without want or fear, and knowing that they were loved. When I was younger, I figured if I could manage those three things, then at the end of my days I could leave this planet with a content heart.

The first of these you know about, presumably, and in general I think I nailed that one. The second of these is a work in progress, but, twenty-one and a half years in, I seem to be doing all right (I just checked with Krissy on this one. She said yes, and was patiently bemused that I asked).

The third thing happened today. Athena is eighteen years old. Legally an adult! And while that number is arbitrary and arguable, as every human is different — there are people I know who I would have considered fully capable adults at fifteen, and people who at fifty I think are not actually grown up — nevertheless it’s a significant milestone. My kid is an adult now. I am literally not the boss of her anymore. And I and Krissy have gotten her there, without want or fear, and with her knowing, with certainty, that she was and is loved.

In one sense it’s obvious why this is important to me. What parent does not want these things for their child? These things are also, to be blunt, not particularly laudable; if you have the means and circumstances (I’ll get back to this in just a bit), you should be doing these things as a matter of course, and even in difficult circumstances you should be striving for them. There are no medals for being a decent parent. It’s a baseline.

But the thing is, I didn’t have a childhood free of want or fear, and while I never doubted I was loved, at certain times and in certain circumstances, everything else was up in the air. Here at the age of 47, I don’t feel the need to put my own parents up against a wall and read them a litany of their failures raising a child, in part because I know more about their lives than I did when I was younger, and in part because after a certain point I think you just have to let it go and realize that somewhere along the way who you are becomes your own responsibility (and fault), not your parents’. Parents are human, they are who they are, and you, in whatever fashion works for you, celebrate, accept, forgive or try to understand them. Or you don’t. It’s up to you.

So my childhood was not always an easy one, and also to the point, my parental role models were uncertain at best. What sort of parent would I be? What would I be able to do for my child? Who would I be to and for my child? How would I parent along with my wife? I’m not going to lie, and again, I’ll be blunt: I was terrified I would just plain fuck it up, in all sorts of ways.

But here we are, on Athena’s eighteenth birthday. She’s a terrific person, and one of my favorite people, not just because she’s my kid, but because of who she is, and who she’s always been. All her life, there are very few people I have wanted to hang around with more, to spend time with, to have conversations with, both inane and sublime. She’s not perfect, which is fine because I’m not perfect and neither are you, but as I have said so many times and am saying again now, there’s no doubt she’s perfect for me. She is, simply, the child I always dreamed I would have, of whom I live in wonder of her existence, amazed that Krissy and I made such a person, helped her grow and placed her on the path she’s making for herself. I love her with such an immensity that I — whose job is to put things into words — stand mute before it. Try as I may, I can’t make you feel all the love and pride and honor I have just to know her, to be part of her life, and to see her be who she is, and become who she will be.

I think you probably get it anyway.

We are fortunate, and Athena is fortunate. She always had two parents, and the same two parents, parents who both worked hard and got lucky in many ways, who during the course of her childhood always managed an upward trajectory, and who were always in love with each other and unafraid to show it to each other, and to her. Not every kid gets all of those things. It’s not to suggest parents are inherently to blame if they don’t. Sometimes not only do divorces happen, but they’re necessary. Sometimes a parent can work hard their whole life and never catch a break. Sometimes a bus goes up on a curb, or cancer happens, or a job goes away forever, or there’s a war, or any one of a million things that makes it hard for parents to give their kids the childhood they wanted to give, and that every child should have. I know it, better than most.

I look back on the last eighteen years and am thankful that during them — during the part of my life where a small growing person was reliant on me and my wife — all the breaks went our way. And while I’m aware that my hard work and the hard work of my wife matters for this, and that luck truly does favor the prepared and those willing to make an effort, I’m also well aware of how much was out of our hands as well. Thank you, universe.

I’m also immensely thankful for Krissy, every step of the way through Athena’s childhood. Krissy and I made a good parenting team because we make a good team, period: We have complementary skill sets and parenting styles, and a willingness to work together. This was something we talked about even before Athena was born — everything from what we’d do when Athena, as all children innocently do, tried to set us against each other to get what she wanted, to what we’d do when she and I fundamentally disagreed on something as parents (the answer, in case you’re curious: I ceded final decision authority to Krissy, on the grounds that she is both the more sensible and cautious of the two of us. Nothing ever got to that point, as it happens; turns out we agree on most things, and the things we don’t have been relatively trivial. Still, good to have a plan).

But more than that, the fact is my wife is just an amazing mother and human. From the earliest days I saw how she was as a parent, and I was inspired to keep pace, for her and for Athena. Did I manage it? Not always, because I’m me, and between the ideal version of John Scalzi, Parent and the actual parent who is John Scalzi, there is a gap. I screwed up, did stupid things and occasionally threw up my hands and retreated into my office to play video games. But with Krissy, and because of Krissy, I kept at it.

Ultimately, neither I or Krissy will be the best arbiter of how we were as parents. Athena is and will be. But I can say that I look at my daughter and I think: We did it. We got this human through childhood and to the door of her adult life, whole and healthy and filled with the possibilities that the world can have for her.

Athena will never not be my daughter. She will never not be my child. I and Krissy will be here for her and with her, for as long as we can and for as far as the world will allow. That’s never in doubt. But here on her eighteenth birthday, it’s her life now. And one part of my life — one of the best parts — is over. The part where I got to have her as my little girl.

It was a gift, and a privilege, and I wouldn’t have missed it for anything in this world. It was a thing I wanted to do with my life. It has made me complete.

Happy birthday, Athena. I love you.