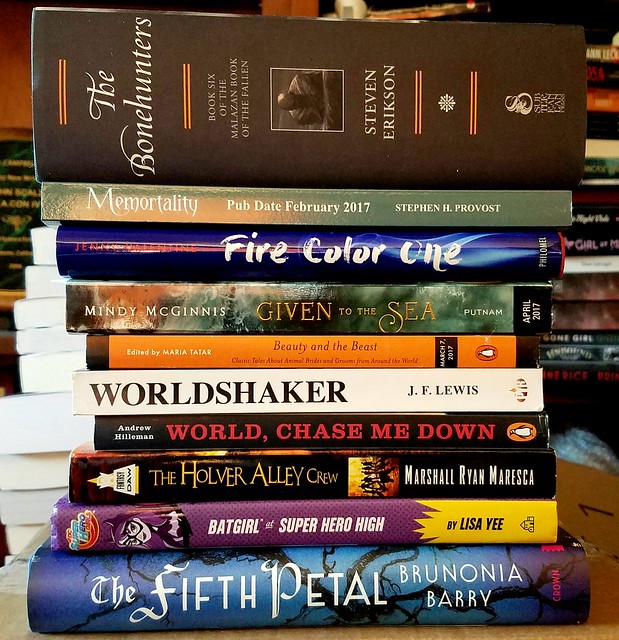 And here it is: The final stack of books and ARCs for 2016. Is there anything here that calls to you? Tell us in the comments! 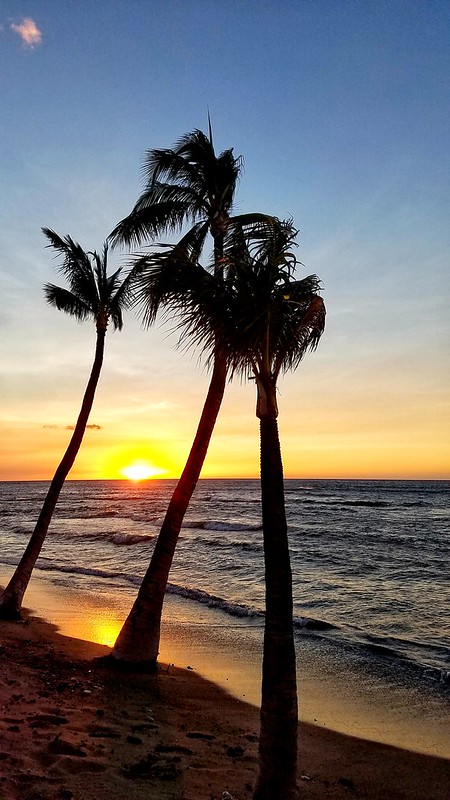 2016 was, globally speaking, and to put it mildly, not the best of years. I will not be sad to see it go. But it’s worth it to remember that no year is entirely irredeemable. People have been passing around this list of 99 reasons 2016 was a good year, and I think that it’s a useful reminder to people who are feeling beat down by the last 360-some-odd days.

I think it’s also useful to remember in a year like this that there were good things in one’s personal life too, when they were there, and are in danger of being overshadowed by the overall tenor of a year. So, with that in mind, here are some reasons 2016 didn’t entirely suck, at least for me. Again, this is in no particular order, and not a complete list, merely a representative sample.

1. I wrote a novel I really like (that would be The Collapsing Empire) that I can’t wait for people to see.

2. I released my first short story collection ever (Miniatures! Which officially comes out tomorrow! Wheeee!).

3. Redshirts won an award in Israel, so that’s pretty cool. 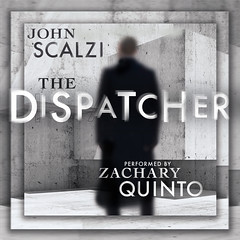 4. The Dispatcher was the #1 audiobook on Audible for two weeks (two? Maybe three?) and in the top ten for two or three more, and while I’m not supposed to say specifically how many copies were downloaded, I am allowed to say “six figures” is accurate. Plus, it was read by Zachary Quinto, and how awesome is that. And people seemed to like it, which is also a thing that does not suck.

5. Short stories I wrote or co-wrote (“Muse of Fire” and “On the Wall”) appeared in two anthologies, published on the same day (Black Tide Rising and Mash Up), and I was featured in a third book (The Books That Changed My Life). For someone who doesn’t really appear in anthologies, this was kind of a banner year for ’em.

6. Became a Critic at Large for the Los Angeles Times, my hometown newspaper growing up, and in whose pages it was always a dream for me to be featured in. 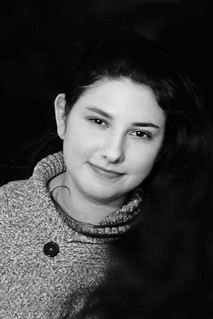 7. My kid got through high school. Early! And she became an adult, which means Krissy and I got her through childhood all in one piece.

8. Finally went to Hawaii, which a) lived up to the hype, b) helped me get through a substantial portion of my novel writing by being six hours removed from the mainland, c) meant I got to hang out with a bunch of cool folks. A++++, would visit again.

9. Was awarded the 2016 Governor’s Award for Arts in Ohio, which is a pretty big deal here in the state, and was the first science fiction author ever to get that particular award, which makes me feel shiny.

10. I got to watch a whole lot of my friends have amazing years creatively, the highlights of which included NK Jemisin getting a hugely-deserved Hugo award, others land NYT bestsellers, seeing friends’ TV shows succeed, and watching friends’ movies gross more than a billion dollars worldwide to date.

Plus, I remained married to this fabulous person. 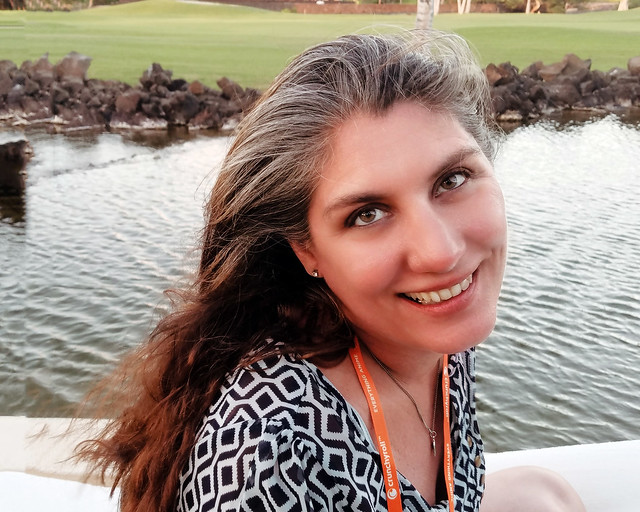 If you’d like to post some good things that happened to/for you in 2016 in the comment thread, I would be happy to see them, and so, I suspect, would others.

Do I have personal goals for 2017? I do! Here are a few of them, in no particular order.

1. Get more organized. I’m actually good at getting organized; I’m shit at staying organized. Welcome to my life for the past 47 years. For 2017, however, I have three books due and a lot of other things I want to do, so if I don’t get better at the organizing thing, I’m going to be unhappy. I’m pretty sure I’d rather be organized than unhappy. I mean, if those are the choices available to me, and for 2017 it kind of looks like they are.

2. Better manage my online life. This is a subset of number one, but inasmuch as I can lose hours just crawling Twitter, a fairly important one. I already keep off online media while I write books until I meet a daily quota, which is super-helpful for concentration. This next year will be about finding a better balance of enjoying social media — which I love, especially Twitter, which is where I hang out with friends — and enjoying everything else, since I have a pronounced tendency to fall down the Twitter hole for hours at a time in lieu of other entertainments. Which brings me to the next point:

3. Read more books. 2016 was a year I noticed I read notably fewer books than in other years. I had reasons for this, relating to work and other factors, but regardless of that it’s not something I want to get in the habit of. So I plan to take at least some of the time I’ve been frittering away on social media and turn it back into reading books for enjoyment. And maybe also other forms of entertainment! Rumor is there’s some good TV out there.

4. Family time! I get a lot of this anyway, I should note. But Athena will be going off to college in the second half of the year, and that’s a hell of a thing, isn’t it. So I think it’s fine to make sure I enjoy the time we have left with the family in its current “all under one roof” configuration.

5. By the same token, more face time with friends. This is slightly more of a challenge, in that most of my friends don’t live in my area. But you know what? I want to see them anyway and spend time with them. The good news (for me) is that many of my friends are writers/creative folks/geeks who go to conventions/book fairs/geek-themed cruises which I will also be at, so that helps. And there’s also the book tour, which in many ways is not ideal for quality time (since I have to be a performing monkey most of the time) but which does get me all around the country. Also, I can actually go places without a work element involved to see people too! (You laugh, but I actually do forget this sometimes.) So, yes, this is what I want to do more of.

If there’s an overarching theme to this list of plans, and there is, then it’s this: Balance. I’m not good at it; I want to get better at it, because the alternative is to feel stressed and annoyed. I have a very strong suspicion the rest of the world will give me enough stress and annoyance in 2017; I don’t need to generate more on my own. So these are the goals. Let’s see if I make progress toward them in the next year.