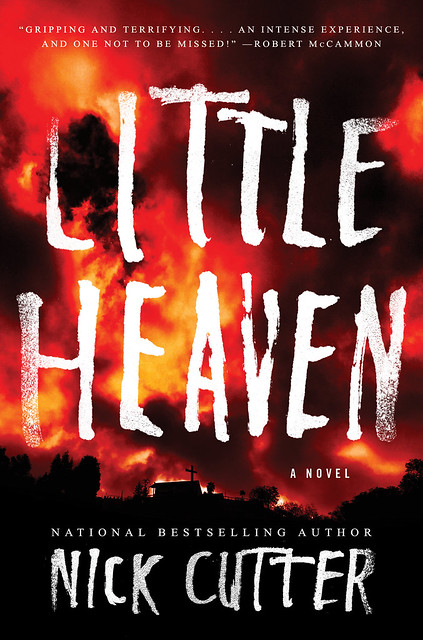 You write enough, you likely reach a point of familiarity with your obsessions. Those bugaboos that seem to crop up your books. The things that vex or intrigue or drive you. Now sometimes they creep in insidiously—often, in my case, against my best efforts to keep them at bay. Other times they mosey on in bold as a bull, just kinda squatting in the middle of your narrative and taking up space. You might try to shoo them away, or ignore them, or write around them—sometimes you even succeed—but often they’re there, they’re loud, proud, and most fundamentally, they’re you. That’s the nature of obsessions.

Sometimes these obsessions don’t fully reveal themselves until you find them cropping up over and over again in your work. People will tell me, “Craig (or Nick, as may happen), you are clearly consumed by the concept of time” or memory, or pancakes or sloths or whatever they see cropping up over and over in my books. Sometimes I’m aware of those things, whereas other times I’m like, “What? Really?” And that person says, “Really!” and points those instances out to me. Sometimes they’re right, and I’m gobsmacked. Other times they’re kind of seeing things they want to see in the text (which is totally their right as readers) moreso than that which might actually exist on the page.

But one thing that I know to be a personal obsession, and which drove the conception and plot of Little Heaven, is religion. Or maybe more fanaticism.

Or maybe to distill it to its core: False prophets. Profiteering prophets.

This is too big a topic to plumb in depth—and the word limit of this column is clearly stated—so I won’t say much beyond: I don’t trust prophets. Of any stripe. Whether they preach from a pulpit or a boardroom or a Dianetics center or barstool or a milk crate in the town square. At no point and in no place would I believe or (as I like to assume, perhaps only because I haven’t sampled every moral poison on offer) would I follow someone whose agenda, to me, always seems pretty plain. That is, to assemble a flock in order to shear them down the road. All the Popes and Timothy Ferris’s and Napoleon Hills and Benny Hinns and John Edwards and Tony Robbins of this world—fah! To the devil with them all. They’re all snake oil peddlers; their tonics might be differently-flavored and brightly-and-bouncily colored, but they all taste the same: the sour, gamey funk of subservience and obediency.

Call me a cynic. Lord knows I am. But everywhere I look, whenever I set my gaze on these fellows (and they’re almost always fellows, with the odd Rhonda Byrne or Long Island Medium melted into the fetid stew) I see shysters. People who have happened upon some universal infirmity or fear that’s knitted tight to the human condition, and instead of helping, really helping, they prey on that infirmity under the guise of guru-ism or religious subservience.

It makes me sick, it really does. But it also obsesses me.

That’s the way it is with a lot of obsessions. They repulse and fascinate in equal measure.

So. The preacher character in my book Little Heaven. It won’t take a scholar or historian to see who he’s loosely based on. The mirrored Aviator shades. The greasy duck’s ass hairstyle. Yup. Ole Jim Jones. A lot of people followed Jimmy, too. Followed him out into the middle of the jungle. Followed him right down to the bottom of those Kool Aid pitchers. And that horrifies me. The power the man had over his flock (and that’s really the right word, isn’t it? A flock. And too often those flocks have a sociopath as a shepherd—perhaps it’s that sociopathy that made them want to be shepherds in the first place, and maybe it’s that fundamental distance from true human emotion that allowed them to be so good at their chosen path)—anyway, that power astonishes and terrifies me.

And that was the Big Idea that propelled and directed a large part of the novel’s narrative. That Idea’s done the same work in other books and stories of mine. Which is how I know it’s one dilly of an obsession.

I could point towards certain recent political events, too, that illustrate the toxic power of demagoguery of the sort Jim Jones practiced . . .

But anyway. That’s a story for another day.