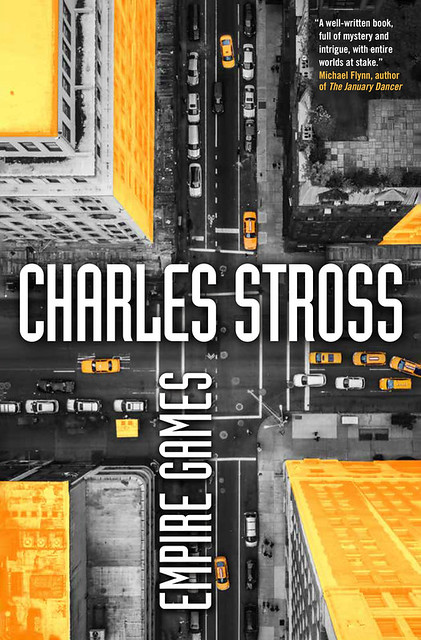 Hey! It’s Charles Stross! One of my favorite writers! And he has a new book! Empire Games! And it’s cool! And he’s here to talk to you about it! Yeah, and that’s my intro today. Take it away, Charlie.

← New Books and ARCs, 1/24/17
I Was Going To Post a Roundup of All the Nonsense of Trump’s First Week as President, But Then I Decided You’d Probably Like These Pet Pictures Better →