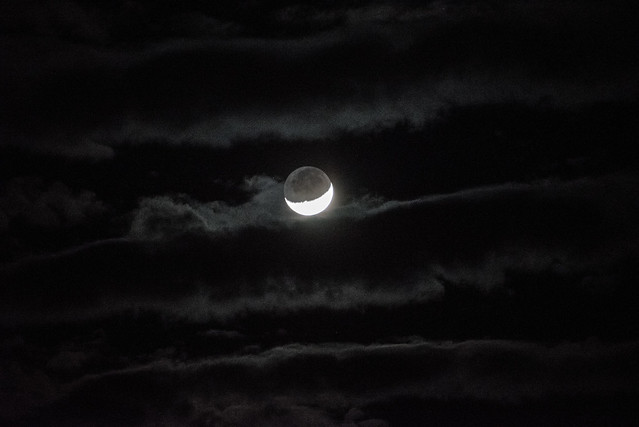 Proof the what the eye sees and the camera sees are different things: When I was looking through the viewfinder I could see details in the crescent and nothing of the non-illuminated part; here in the picture it’s entirely the other way around. I like it.