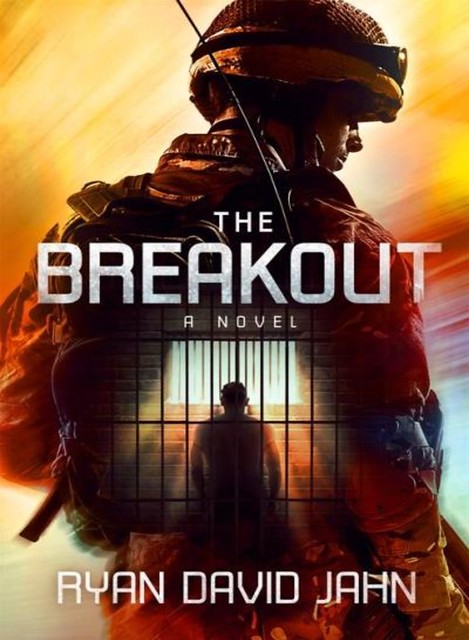 Author Ryan David Jahn has given a fair amount of thought into the nature of violence, and guilt, and other primary emotions and urges. They’re present in his novel The Breakout; Jahn explains why, and how they influence him as a writer.

In daily life, I’m surrounded by a cloud of free-floating guilt. I’ll apologize when I’ve done nothing wrong. Sometimes, when I hear sirens, I momentarily think the police must be coming for me. Not really. I know they aren’t. I haven’t done anything.

But, for a split second, part of me kind of believes they are.

If I hadn’t lost my religion twenty years ago, I might think it had something to do with original sin. Chalk it up to being home-schooled with fundamentalist Christian texts for the first several years of life. It’s part of my personality, even if it’s no longer part of my world view.

I suspect this is one of the reasons my books focus on violence. After all, a person need only feel guilty if he or she has done something to hurt someone, either emotionally or physically. Victimless crimes are crimes only technically. Guilt is, so far as I can tell, an internal reaction to the harm you’ve done to another, even if they don’t know you’ve done it. It’s your heart’s way of letting you know you screwed up. Or are about to.

Most of us try to get through without hurting anybody, maybe helping those we can if it’s not too inconvenient. Being human, we understand that at times life is difficult for almost everyone.

We are all so tough and fragile. We survive terrible events, a house burning to the ground or the death of a loved one, then six months or six years later might wake up and decide we simply can’t bother to put on our pants even one more time. Maybe if a stranger had smiled at us, or made us laugh at a stupid joke, it would have provided just enough light to help carry us through. It sounds trite, but I also think it’s true.

Most of us try to have a positive impact on the world and those around us — even if we sometimes fall short.

But the worst among us don’t care about the emotional or physical violence they do to others, and these people are the engines that drive much of my fiction. They destroy lives, leaving pain in their wake, and they feel none of the guilt the rest of us would in similar circumstances.

I’m not concerned with these people as much as I’m obsessed with what an average person might do in response to such an individual because, it seems to me, these people have a disproportionate amount of control over the lives of others. They treat humans like chess pieces to be moved about for ends that have nothing to do with their lives as they live them.

I’ve written three novels that deal in some way with revenge, and in two of them the revenge is never acted out, in part, I think, because while I understand the urge for violence, I don’t think violent acts themselves should be used as catharsis. And, in my experience, they only rarely — but sometimes — are cathartic.

I also believe that, even when necessary or justified, violence is corrosive. It is rust for the soul, and it eats away at what you are in your center.

My little brother, who joined the Navy, ended up stationed in Afghanistan with the Marines (he was a mechanic whose specialty was needed there). He watched a kid with an I.E.D. run up to his platoon and, before anyone could react, the makeshift bomb went off. He took shrapnel to the shoulder and hip and found himself hospitalized in Germany. When he told me about it late one night while we were both drinking, his eyes went far away and glossy. He’s a generally cheery guy and I’m not sure I’d ever seen him look genuinely sad before, not in that deep way you can empathetically fall into. It broke my heart to see it.

And, on the other side of the violence, was that act cathartic for the little boy’s mother? For his father? I suppose it’s possible. But one thing is certain: it was not cathartic for the child who ceased to exist the moment the act was completed.

All of which is to say, for a person whose novels tend to be obsessed with violence, I have an ambivalent relationship with it, both in fiction and reality.

My new novel, The Breakout, is the third book I’ve written that deals with revenge in one way or another. It is, at first glance, a straight-forward thriller. A marine’s sister is killed south of the border and he goes about seeking vengeance. Before he has a chance to act upon his violent urges, however, he ends up in a Mexican jail, arrested on trumped-up drug charges. Members of his platoon, as well as his girlfriend, go about trying to break him out, not sure what they’ll unleash if they succeed.

This is, in essence, the story, and if I’ve done my job well, it moves quickly, is fun to read, and has a satisfying ending.

I also hope that those who want to think a little bit about guilt and violence and where the two intersect will find something more than air to chew on. I do my best to write novels that are true, approaching them with as much honesty as I know how to and hoping something real comes out of them.

But above all, I aim to be entertaining. I want folks having a bad day to pick up The Breakout, lose themselves in the story, and forget their troubles for a while. As implied above, I think there’s honor in simply helping a person get through a tough time, and if my book can do that, I think it’s done its job.

One thought on “The Big Idea: Ryan David Jahn”