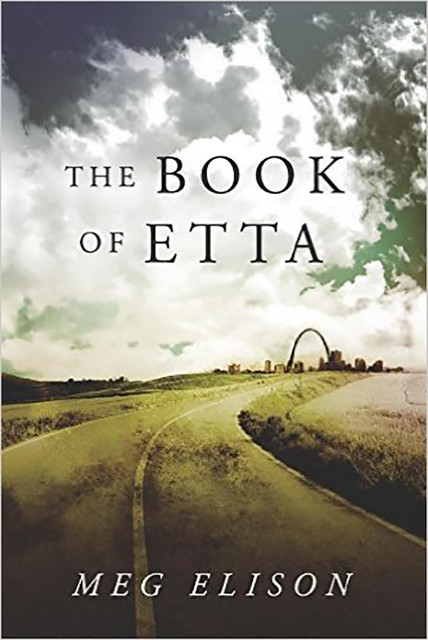 Ideals are a great thing, if you can afford them. In The Book of Etta, award-winning writer Meg Elison takes a look at ideals and what they cost, and who can afford to have them in a world where ideals are very dear indeed.

There comes a time in the life of every idealist when they must come to terms with real life. Many of us find ourselves in this terrifying era with unpleasant tasks ahead: conversations with racist family members on Facebook are just the beginning. Over and over we have to confront the reality that we are not on a non-stop flight, headed inevitably toward progress. A more apt metaphor would be that we are rowing arduously upstream toward progress, and many of our fellow rowers are openly wearing MAGA hats and rowing backward, or else nurturing secret misinformation and grievances and choosing not to row at all.

The Book of Etta is about an idealist. It’s about a fighter, a queer survivor who wants to kill fascists, free slaves, and give no quarter. However, Etta learns to row for progress alongside people who see progress differently, and are willing to obtain it by any means necessary.

That essential conflict is the Big Idea in The Book of Etta that I’d like to share, because it’s one that plagued me while I was writing it and plagues me still.

If you can free a slave by buying them, have you done enough good to negate your own support of the slave trade? If the women in your village are safe and cared for, but not allowed to leave or speak in your presence, are they free? If they’re better off than most, is that enough? If you venerate motherhood and treat all mothers with respect, isn’t that enough to make sure that all women choose that path? If humanity is in danger of extinction, isn’t it only fair to suppress same-sex love?

Etta’s answers to all of the above are no, no, and no. She inhabits a world of absolutes and cannot reconcile herself to compromises or to accepting what is good enough or safe enough or too important to question.

Etta meets Flora, who inhabits a world with no absolutes where each of these questions must be weighed against survival. An apprentice to a slaver herself, Flora understands the trade. A subject to fascist regimes, she makes allowances and avoids conflict as a way to keep out of trouble. Flora would rather live than insist on her principles, while Etta is ready to die on every hill she climbs.

I began as a writer, as a woman, as a person in that idealistic mode. I wanted to be the guy who stood in front of a tank in Tiananmen Square and said no, things must not go on this way. What my public school education did not show me was the aftermath of that moment: Tank Man was dragged into the crowd by friends who knew it was better to live and fight another day than be flattened into another martyr, another statement, another idealist lost.

I had to face the idea that we need each other, that we are better off rowing together, even arrhythmically and begrudgingly, than we are on our own. We are capable of more if our friends keep us from becoming street pizza beneath fascist tanks.

Etta has to learn that, too, but for her the stakes are higher. Etta is born into a world created out of my terror and dread; a world where the tanks just keep rolling and most people row backwards and we all stop fighting the current.

But Etta’s fight never ends, and her book is just beginning.