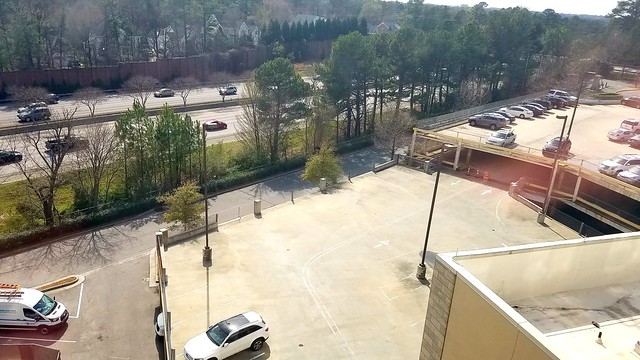 If you’re in or around Raleigh tonight, I’ll be a Quail Ridge Books at 7pm, in its spiffy new location. Come on down!

In the Research Triangle but can’t make it tonight? I’ll be at Flyleaf Books in Chapel Hill tomorrow. See me then!

For everyone else not in the area, two interviews with me, talking about The Collapsing Empire and other topics: One at The Verge, and the other at The Chicago Review of Books. Get inside my head! Mind the low beams. 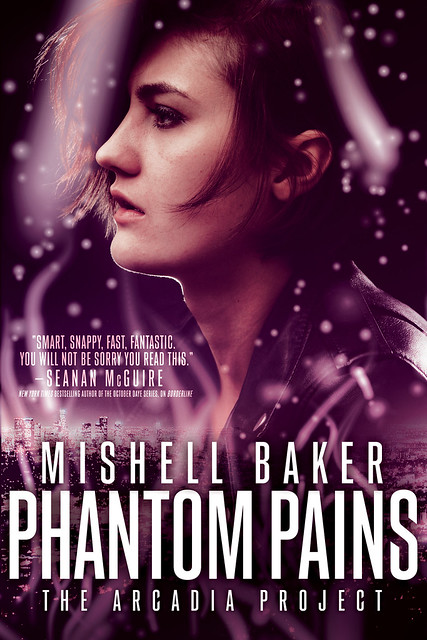 Here’s the thing about ghosts: Nearly all of them have one thing in common. Or so author (and current Nebula Best Novel Award finalist) Mishell Baker believes. In today’s Big Idea, she tells you what that thing is, and what it means for her new novel Phanton Pains.

Long before I began writing stories about a young woman with two lower limb amputations, I was intrigued by the phenomenon of phantom limbs. The idea that a part of your body could stab you with pain from nerve endings long gone, leaving you no way to soothe what was no longer there, struck me as both fascinating and nightmarish. While my protagonist Millie isn’t troubled by this particular malady in a literal sense, I couldn’t resist finding ways to haunt her with it both supernaturally and psychologically.

The Arcadia Project books are all as much about mental health as they are about magic, and often about the way those two things interact. So in Phantom Pains what I wanted to do was take two alternate forms of metaphorical “phantom pain” – grief and ghosts – and see the ways in which the fuzzy edges of these concepts bleed together.

Nearly every ghost story involves grief, or at least a grievance. Spirits don’t tend to hang around on this plane if they have all their problems resolved. But unlike an angry monster, a wrathful or grieving spirit has no obvious remedy. This has always been my favorite part of a ghost story: the quest to discover how to defeat a foe that swords, fire, stakes and poison can’t touch. A foe that nothing can touch. Every ghost story is a detective story, which is why ghosts lend themselves so well to urban fantasy, a type of fantasy that so often has one foot deeply planted in the mystery genre. Before you can rid yourself of a hostile spirit, you have to understand it. Blind stabs can’t kill something that isn’t there.

In a similar way, every story of grief involves a ghost. The loss of a person, a job, a way of life is a messy thing to heal, because every moment in your life is so strangely full of, haunted by, that new emptiness.

I attended Clarion in 2009, and one of my classmates moved just a couple of streets over from me in Los Angeles not long afterward. We saw each other a couple of times, but mostly I’d just tell myself, “Oh, I should go see Leonard. Maybe next weekend.” In 2012, a few months after my second daughter was born, Leonard was diagnosed with leukemia. He was going to be fine, they said—they’d caught it early. But I still made myself leave my brand-new baby and go visit him in the hospital. I’m glad I did, because the next day he surprised all of us by dying.

The worst part of the grief that followed was that my brain kept throwing that old habit at me: “Oh, I should go see Leonard. Maybe next weekend.” That option had been taken from me now, severed cleanly and unexpectedly, and yet my mind still kept trying to put weight on it. Every time I reached to soothe that guilt with a mental promise to myself that I’d go and visit, there was nothing there to follow up on. No way to ease the pain. I’d been given all the visits I was ever going to get, and I had to live with that.

Anytime we battle the invisible, whether it’s a ghost or something that haunts us psychologically, the only weapon is investigation. Find the source of the pain and hold a mirror to it, create something real and tangible that you can fight in its stead. For physical phantom limb pain, the answer is often a literal mirror. If the amputee holds a mirror in such a way that they can now “see” the missing limb in the proper spot, this is, in many cases, enough to make the discomfort vanish.

What would the equivalent be, I wondered, for the invisible enemy in my story? What supernatural equivalent of a mirror could be held up that could force the invisible to become visible, to bring the hidden into the light where it could be vanquished? This question is at the center of the story, because our heroine—who is also suffering the “phantom pains” of grief, guilt and PTSD from the deaths in the last book—is one of the few to whom this lethal invisible enemy has deigned to show itself. She has very few allies in the fight, because the people in charge have every reason to believe that she’s either flat-out lying or crazy.

I had a fantastic time weaving together the themes of grief and ghosts in this story, because in addition to being creepy and cool, it also had tremendous personal meaning for me. Especially for those of us with mental health challenges, many of the battles we fight in life are invisible. I liked the idea that a battle doesn’t have to destroy a city block in order to be earth-shattering—that sometimes the fate of the world might literally be all in your mind.

That said, in fiction, you’ve always gotta explode something, or someone, right? Otherwise, where’s the fun?