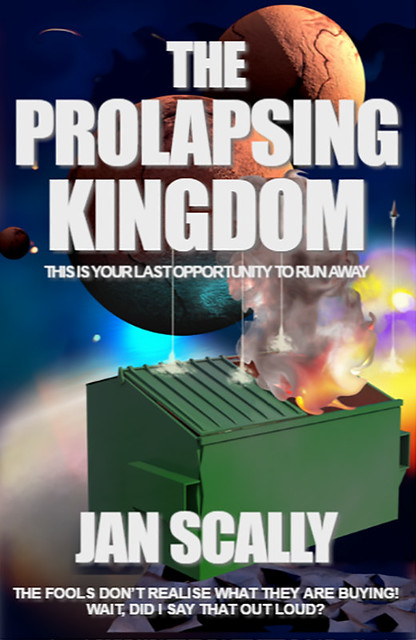 As you may know, recently a fellow with more ineffectual rage than sense recently attempted to cash in on The Collapsing Empire by rushing out a “me too” book with a “me too” cover. I don’t suspect it fooled very many people, or did much other than to confirm some people have too much time on their hands, but one good thing to come out of it is that Camestros Felapton felt inspired to create a Collapsing Empire fake cover generator. An “explanation” and link to the cover generator may be found here. I had fun playing around with it, and I suspect you might as well.

Thus is represented the full sum of my April Fool’s tomfoolery today.