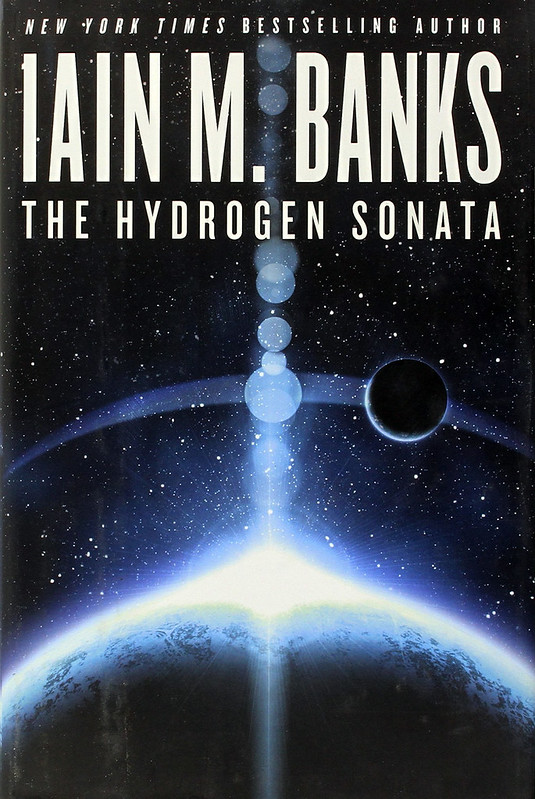 If you don’t mind a question about another writer’s work: The Culture in Iain M. Banks’ series of novels is depicted as a Utopia. There is no need for money or laws, virtually any material thing anyone wants is available for the asking, everyone is beautiful and lives a long, happy life (except sometimes for people who are actively involved in other cultures and civilizations).

That all sounds nice. But, assuming the necessary technology eventually exists, human nature being what it is, is this a realistic future? And would a life free from all challenge be a satisfying life?

I’ll answer with specific regard to Banks, and then assay the general concept of utopias and humans.

First, with regard to The Culture, I don’t think it’s a universe free from all challenges; there are plenty of challenges and adventures that people in The Culture may choose to take. Indeed, in The Hydrogen Sonata, our main character has spent her life — and modified her body — to attempt the performance of the musical piece that gives the book its title, and is notoriously difficult for anyone with fewer than four arms to attempt. Now, maybe you might argue that this isn’t a true challenge, but I don’t know; most people don’t specifically radically change their physiognomy to do a specific thing if they don’t consider it a central challenge to their life.

The Culture gets rid of those particular ground level challenges, so the question now becomes: What are your challenges when you don’t worry about, say, starving or dying early? It’s not that there are no challenges. It’s just that the challenges don’t end with you dead in an alleyway because you can’t afford to eat.

Indeed (and to now generalize) this is what utopias for humans essentially are: The removal of physical want and need to allow the multiplicity of operative choice. Choices can be challenges and many humans desire challenges — things which offer (or at the very least, appear to offer) meaning and achievement to one’s life. So even in a utopia there should be challenges galore. Otherwise one may meaningfully argue that the society isn’t a utopia at all. Utopias, in my opinion, minimize want, not choice and opportunity for achievement.

One may even argue that utopias should offer more opportunities for personally meaningful challenges because baseline needs are sorted, and that these additional challenges might seem frivolous to someone who is just surviving, but for the citizens of the utopia might have actual meaning. If you don’t think that’s possible, ask yourself why the Super Bowl and the Oscars draw in millions of viewers every single year, when the “achievement” those participating in it gain is based fundamentally on entertaining others. They both have meaning because of their context in a society that allows for enough wealth and leisure time to allow exceptional entertainment skills to become an achievement. Your ancestors on the savanna would would look at on Oscar as a useless shiny thing, and in their context, they’d be entirely correct. In our context, it’s still shiny, but not useless. And in a utopia, maybe an award for, say, origami is one of the highest achievements one could aspire to, because why not? In a utopia, that sort of cleverness and dexterity could be (literally) prized.

(Before anyone notes it: There are already awards for origami. They just aren’t widely known outside their specific community, he said, looking at his own shelf of community-specific awards.)

Here’s an important thing to note about utopias, which I think is often overlooked (although not by Banks, as he wrote up The Culture): Utopias still have humans in them, which means that not everyone in them is going to be happy all the time. If you eliminate certain needs and wants, the part of the brain that focuses on achieving those needs and wants (or alternately desiring them) will focus on some other subject, and will be happy or unhappy about that. People will still have doubts and longing and desire and unhappiness to the same extent they do now. They just won’t worry they’ll, you know, starve.

How am I confident about this? Because some people already live in a utopia: In our world, they’re called “rich people.” Rich people (usually) have their baselines sorted don’t have to worry about food and shelter and health care and such things; they lead enviable lives with lots of opportunity for leisure. But in my experience they’re not always happy, and their lives are not always problem-free. They have exchanged one set of problems for another, and while their problems are ones many people wish they had, they still weigh on the mind. In a utopia, where the baseline standard of living is the same as that of, say, a tech firm VP living in Irvine, California, people will still have problems. Maybe better problems. But still problems.

And I suspect that’s why, when people actually live in a culture that seems utopian to us, here in the early 21st Century, they won’t recognize or appreciate it as utopian, any more than we recognize that the average life of a 21st century American citizen is utopian to, as an example, a European serf in the 11th century (“You can leave the estate? What? There are no estates? And you have all your teeth and don’t have tumors on your face? And everyone can read? And what is this ‘cell phone’ thing you have? MY GOD MUSIC AND PICTURES ARE COMING FROM IT IS IT POSSESSED”). For the people of a utopia, it will just be… life. And they will wonder what it will be like for the people who finally get to live in a utopia, centuries away from their own experience.

(There is still time to ask a question for Reader Request Week. Go here for all the details, and to ask your question.)