Coming to the end of the Reader Request Week, so let’s quickly cruise through a bunch of questions relating to writing and/or what I’m doing in my career.

DangerKitty: Are you ever interested in doing screenplays for TV series, such as Doctor Who, Star Trek, Black Mirror, etc? Why or why not?

I wrote a screenplay for The Dispatcher not long after I finished the novella, because I wanted the practice, and it was an interesting experience (and the screenplay was decent). I’ve not been asked to write a screenplay for any currently existing TV show, and while I don’t rule out the possibility in the future, there are other people for whom it is their full-time gig; I suspect they will get first dibs. The most likely path of me doing screenplays is me doing them for shows based on my own work.

Kevin G: Print vs ebook. Some people are die-hard paper-philes, and I now resent books that close up on me without a paperweight. Others are agnostic. Do you have a preference, and do you have thoughts on why?

I like print books for when I’m at home and ebooks for when I travel and otherwise have no real preference; words are words. There seems to be some indication that the brain processes words on a screen differently than words on a page, but anecdotally it all seems to work the same for me. I’ll note generally speaking my books sell better electronically than in hardcover; I think that says a little bit about who my fans are.

Well, see, that would require effort on my part, and I’m not sure I want to bother. However, I know of a grandmaster who wrote an entire novel in Basic English (that’s the 1,500 most common English words): It’s Joe Haldeman, and it’s his first novel War Year. He did a pretty good job of it, too.

Sparrow: How do you spend your non-travel, non-event downtime when you are in tour?

Depends. Usually I only have a couple hours between arriving and event, so I’m likely to spend it napping or catching up on non-tour-related work (life doesn’t stop just because I’m on tour). If I have a little more time and I have a friend in the area, I’ll see them. If I’m somewhere for more than a day and don’t have a packed schedule, I may get in some sightseeing. But that’s rare; a tour stop is a business trip, not a leisure trip. As someone asked about food in a different question, I mostly eat at restaurants local to the hotel or event space, or just get room service.

Tom Combs: Why did you decide to go in a different direction in creating The Collapsing Empire instead of doing another OMW book? I would have thought there would have been some pressure (at least nudging) to keep the series going from publisher types and anxious fans dying for another taste.

Because I wanted to. Also, there was no real pressure on it. Tor was not exactly unhappy with the idea that I would be creating a whole new space opera series for them, especially because in that bigass contract I have with them I also promised them at least one more Old Man’s War book. It’s the best of both worlds for everyone involved. Also, with regard to the Old Man’s War series, I never want to be in a position where I’m just grinding them out. I want to write them when I have something cool I want to do in the universe. Otherwise, I won’t like writing them, which means other people won’t like reading them.

Kate: You’ve mentioned you’re not big on description in your writing, but do you picture your characters in your head? 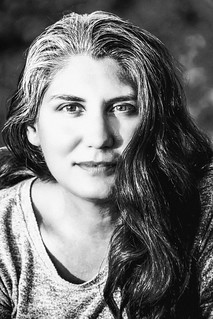 Sure; they’re not mannequins. Sometimes they look not dissimilar to people I know; sometimes they look not unlike notable people; sometimes they have no precedent in the real world (that I know of). I’m pretty sure at this point most people know that Jane Sagan looks a hell of a lot like my wife; this is not a bad look for her. But unless there’s a reason for me to describe a person in the text (usually relating to plot), I generally don’t.

Troy Gordon: With potential TV series in the future, do you ever worry about not having enough creative input into the visualization of the sets, characters, aliens races, etc.? Do you get to have some veto power when it looks like somebody is going to absolutely brutalize your concept on projects like this?

At this point we usually negotiate that I’m to be an executive producer on any series/movie, which means I will get some degree of input, yes. But I expect with any film/series I might be involved in, there will be some suggestions I’ll make that will not be taken, and some complaints/issues others will override. It’s the nature of the beast.

Matt Coats: I’ve always wondered what an author’s perspective was on used book stores. I know you don’t get anything on the sale of the book the 2nd time around, but are you supportive in general? Do you feel like this expands your reach? Thanks!

I like used bookstores just fine; I bought a lot of books that way growing up, and then when I found an author I really liked, converted to buying their books new. Also, sometimes you can’t buy a book new — a book may be out of print. In which case, finding that book in a used bookstore is the only way to get it. Either way, I’m just fine with used bookstores. I do hope people who find me in these stores eventually decide to pay for new books.

Jessica Drew: What are your thoughts on those who refer to science fiction as not real literature?

I say “bless their hearts” as I soak in my hot tub, reading the collected works of Philip K. Dick.

Mike M: I have two of your books that are signed, both in red ink. Do you always sign your books in red? Also, your signature is slightly on the large side- do you tone it down to sign tight spaces on documents, for example, or just let rip?

You might have gotten books signed when I was on the Redshirts tour, during which I signed books with red ink, because it seemed appropriate, all things considered. It’s not an always thing. Also, my signature scales quite nicely, actually.

Jack: How do you feel when a previously politically neutral writer uses his/her/their talents to go full bore political?

I tend to think that in fact they weren’t politically neutral before, they just never put their views into their fiction writing. Also, you know. I’ve had people read Old Man’s War and think I was a political conservative; I’ve had people read work I’ve not put any explicit real-world political slant into and say it was wildly political, because they know of my politics outside the work. People can get things wrong and/or project. That said, if someone’s real-world politics get injected into their work, well, if the work is still readable and interesting, meh. That’s fine. My problem is not when politics get into fiction, but when politics make the fiction less interesting.

Christopher Tower: Is the intent of science fiction to predict the future?

Maybe some science fiction writers intend to predict the future; I don’t. I do try to plausibly extrapolate from the modern day when I write, but that’s not the same thing as trying to predict. I think the writers who do try to predict probably have a very high failure rate. I do occasionally get people giving me credit for predicting a thing that’s being developed in the real world that is similar to something I put in my books (neural networks, artificial blood, computerized assistants). And, sure, if you want to give me credit for those, I’ll take it, because why not. But a) most things I’ve imagined others have too, so the credit I’m being given is more a reflection of people’s reading habits than anything else, b) I didn’t predict it, I just thought, hey, this will be a cool and/or useful thing for my book. So, yeah. I’m not in the prediction business, I’m in the “write a cool book with neat stuff in it” business. Sometimes that neat stuff comes true.

Lym: I’ve read other authors who say that book tours result in relatively few book sales, certainly not enough to cover the cost of the tour (if they finance it themselves) or the opportunity cost of not being able to write or do other work during that time. What real benefits do you see from your extensive tours? Building fan base? Keeping fan base enthusiastic? Other things?

Book tours a) help to move enough books to get on bestseller lists the first week of release, b) assist with strengthening ties between authors/publishers and booksellers/libraries, c) work to develop long-term relationships between authors and readers, d) generate national/local media interest, among other things. If you approach a book tour as a short-term profit center, then no, they they don’t make much sense, as most tours, even for successful authors, don’t “earn out.” I suspect my current one, for example, will zero out financially. If you approach a book tour as a tool for generating long-term, knock-on benefits for the author and publisher, however, they begin to make rather more sense. I mean, Tor doesn’t put me on ridiculously long tours just for fun. They work for both of us, over the length of time.

Science Marc: What do you think of Charles Bukowski’s poem: “so you want to be a writer?” Which says, in essence, that if writing doesn’t consume you at the expense of everything else in your life, *don’t do it*.

The poem in question is here; my reaction to it is, meh. I think it’s fine to be a writer even if you don’t have a blazing, enduring passion for it that eclipses everything else in your life. Maybe you just like to do it, and it’s fun, so why not? Bukowski might say that’s not enough but in the immortal words of The Dude, that’s, just, like, his opinion, man. Personally I think it might be more accurate to say, if you can’t not be a writer, and if not writing makes you miserable, then maybe you should be a writer, and make time for it in your life. Because otherwise you’ll be unhappy. And why be unhappy if you can avoid it?