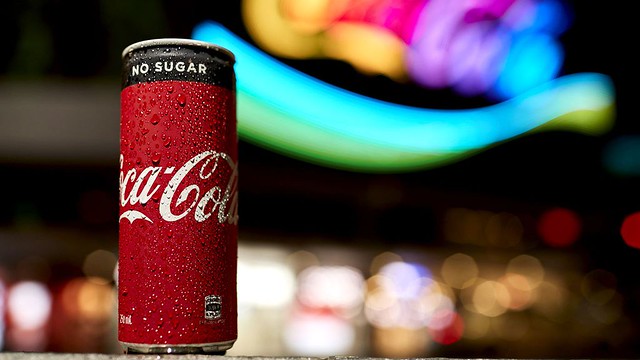 Someone just tweeted me, “What do you think of them axing Coke Zero?”, which was not the first thing I wanted to read when I woke up this morning. But rather than panic and set fire to everything in my house at the thought of only having vile Diet Coke to drink when I crave brown, flavored carbonic acid, I went looking for reputable news sources for information. And indeed, it looks like plans are under foot Down Under:

Coca-Cola is getting rid of Coke Zero, starting in Australia.

The U.S.-based soft drink giant is retiring its zero calorie drink and launched a new “no-sugar” variant down under called Coca-Cola No Sugar. AdNews reports the soda will replace Coke Zero and the company claims it tastes even more like original Coke.

The “best tasting no sugar Coca-Cola we’ve ever made” will officially launch in Australia next week with a black color design similar to Coke Zero, which will be gradually phased out. A website already features the new tagline “Say Yes to No Sugar.”

I read several other news reports on this as well, and the upshot of this is, a) they’re road-testing a new version of no-calorie Coke in Australia and New Zealand, b) it’s supposed to taste more like original Coke than even Coke Zero, which is made using the original Coke formula (Diet Coke is the New Coke formula), c) it will co-exist with Coke Zero and Diet Coke for a while in the market, d) and if successful will replace Coke Zero, because apparently half of consumers had no idea Coke Zero had no sugar.

It’s that “no sugar” part that’s apparently important, because these days, or so the news reports suggest to me, sugar is in bad odor as being the worst possible thing you can put in your body short of heroin, a proposition I’m not convinced of, but then I’m kind of a sugar fiend, so I may be biased. By calling the new product Coke No Sugar, Coke is making it clear there’s, uh, no sugar in it. So, good for hyper-literal branding, I guess. I think “Coke No Sugar” is kind of terrible as a brand name, and suspect that if consumers didn’t know Coke Zero had, you know, zero sugar in it, the problem was marketing, and not the branding per se. Mind you, if memory serves, the whole point of Coke Zero marketing in the early days was to hide from dudes with fragile masculinity the fact that they were drinking a diet beverage, which is why the word “diet” was never put anywhere near the product dress. So again, I’m not sure consumers are 100% to blame here if they didn’t catch on about the zero sugar thing.

Be that as it may, as a devoted fan of Coke Zero, how do I feel about the possible rise of Coke No Sugar and the commensurate possible fall of Coke Zero? Bluntly, as long as my no-calorie Coke options are not limited to Diet Coke, which tastes like scorched battery acid and regret, I think I’ll be fine. I didn’t become a fan of Coke Zero because I was beguiled by its manly, diet-obfuscating branding; I became a fan of it because it’s derived from the taste profile of original Coca-Cola, which is what I wanted and wasn’t getting with New Coke-derived Diet Coke. So: Coke No Sugar apparently tastes closer to the original formula than Coke Zero? Groovy, I’ll give it a shot.

However, I’m not going to worry about Coke Zero vaporizing just yet. Coca-Cola does a whole lot of brand tweaking around the world to figure out what it wants to do; see this from last year in the UK, in which Coke Zero became Coke Zero Sugar, again, one assumes, to accentuate the “no sugar” association, a branding initiative which never made over to this aide of the Atlantic. Australia and New Zealand are the test markets for Coke No Sugar, in other words; if it’s wildly successful then they might transplant it to the US as well. If it’s not, well, then it’ll join Raspberry Coke and C2 in the sloshy Coke trashbin of failed Coke products (note, however, you can get raspberry-flavored Coke from the Coca-Cola Freestyle machines, i.e., the most miraculous machines that humanity has yet invented and which verily I want in my own home. Also, I guess you could replicate C2 if you wanted by mixing one half original Coke and one half Coke Zero, but why would you).

In short, it doesn’t look like Coke Zero is dead quite yet. And if it eventually dies because its replacement tastes more like original formula Coke than it does, then I feel it will have completed its mission with honor and can rest well. Until that nebulous, unspecified future, however, I’ll keep sucking it down.