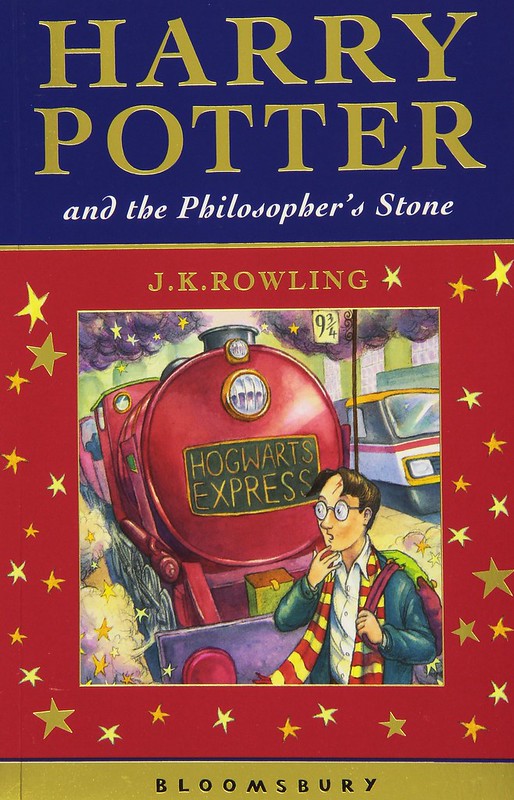 The first time I personally encountered Harry Potter was not long after the third book, Harry Potter and the Prisoner of Azkaban, came out. I was 30 and my daughter was an infant, so in neither case were these particular Scalzis the target demographic for the books, but by that time the buzz (and sales) of the series were pretty significant. So one day in the airport, while I was browsing in a bookstore, I picked up Harry Potter and the Chamber of Secrets and opened it up near the end, to the part where Dobby the House Elf is given a sock.

I read it for a few pages to get the sense of Rowling’s style, and then put the book back on the shelf and thought, “well, okay, that’s not for me.” Why not for me? In this case, it was something about the writing of that particular scene. I could see how all the pieces fit together, and I could see how it was working, and I could also see that all of it seemed pitched to someone who wasn’t me, 30-year-old John Scalzi. This didn’t mean it wasn’t a good book or the right book for someone else; by the age of thirty I had gathered enough wisdom (and, dare I say it, humility) to recognize that “not for me” was not the same as “not for anyone.” But I didn’t feel the click that made me want to keep reading. Evidently, Harry Potter was not for me.

And that was okay! There is a lot of stuff in the common culture that is not for me, particularly when it’s pitched to people who are younger or older than I am. Dawson’s Creek and The Vampire Diaries are not for me, just like My Three Sons or Dark Shadows were not for me. Emerson Lake and Palmer was not for me, nor was N*Sync, nor is Ariana Grande. Doctor Who’s first iteration was not for me and I have to admit I’m only passably interested in the current version. I could be here for days with a list of all the things that are not for me. Again, which is fine! There are lots of things that I decided are for me. I was happy with them.

And so with Harry Potter and J.K. Rowling, whose niche in my mind I pretty much figured had been occupied by Will Stanton and Meg Murry, and Susan Cooper and Madeleine L’Engle. I didn’t worry too much about whether Kids These Days were reading The Dark is Rising or the Wrinkle in Time series, for the same reason I didn’t worry too much if today’s kids were really into Tears for Fears or the Go-Gos, to name but two bands whose discographies were pertinent to my teenage years. Every generation finds their storytellers, in literature and music and art in general. I was okay letting J.K. Rowling and her stories belong to the generation of young people after mine. Yes, I know, very gracious of me.

But as it turns out neither Harry Potter nor J.K. Rowling were done with me. First, of course, it turned out that Harry Potter, Hermione Granger and Ron Weasley (and Rowling) weren’t Tears for Fears; they were the Beatles. And like the Beatles they weren’t just popular. They materially changed common culture — for a start, because they also changed the industry that they came out of, and the work of everyone in their field, who either responded to them or were influenced by them. Now, one may, like me, decide a phenomenon like that isn’t for you, but when literally(!) the world is changing to deal with and make room for that phenomenon, you still have to acknowledge that it’s there and work with it, or at least around it. Particularly when and if, like me, it comes out of the fields (in this case publishing and writing) you hope to be in, and in my case were eventually part of.

Second, I found another way in to Rowling’s wizarding world: through the movies, which were for me in a way that I, from that snippet of the second book, assumed the books were not. In retrospect this is not at all surprising — I was a professional film critic for several years, and I’ve written two books on film, and, as anyone who has ever read my novels can tell you, the storytelling structure of film is a huge influence on my storytelling in prose. My professional and creative interest in film helped that version of Harry Potter’s story speak to me.

(And in point of fact this is not the first time I had found the film/TV version of a story working better for me. I’ve written in detail about how I think the Peter Jackson’s take on The Lord of the Rings is better — or at least better for me, in terms of story presentation — than the Tolkien books; likewise I am deeper into the Game of Thrones universe through the TV series than I was through the books. In all these cases, I’m not suggesting the prose version has failed in some way and the films “fix” them. They obviously work for millions of people. More to the point, different media allow creators to do different things, and reach different people. As was the case here.)

Having gotten through the door with the series via film was a good thing, because as it turned out Harry Potter is for me — which is to say that I find the world that Rowling created to be deep and thoughtful and interesting in ways I didn’t expect. And because it’s interesting and engaging to me as someone who approached it as an adult, I understand better why it’s so very deeply affecting for the readers who literally grew up in tandem with Harry and Hermione and Ron and all the rest of the students at Hogwarts. They aren’t just characters to them, any more than Will Stanton or Meg Murry were just characters to me. They were and are contemporaries and friends. Harry Potter’s Hogwarts year had several million students in it. It’s a miracle they all fit in the dining hall.

One way or another, lightly or deeply, it’s turned out Harry Potter is for more people than I would have expected, all those years ago. This is one reason why 20 years after the release of Harry Potter and the Philosopher’s Stone, we’re getting the sort of retrospectives on the series that Sgt. Pepper’s got 20 years down the road from its release, and why, just like everyone knew which Beatle was their favorite, now everyone knows which Hogwarts house they’d personally be sorted into, or would want to be.

(Personal moment here: I assumed I was a Ravenclaw, because come on, but then went to the Pottermore site and was sorted into Gryffindor, which annoyed me but on reflection I realized was correct, damn it. Also, re: the Beatles, John is Slytherin, Paul is Gryffindor, George is Ravenclaw and Ringo is so very Hufflepuff. Fight me on this).

This is not to say the Potterverse is perfect or that J.K. Rowling is infallable as a writer or human. It’s not and she’s not. But then again, none of the universes I’ve written are perfect, and I sure as hell am not infallible, either. Fictional universes don’t have to be perfect, they just have to be a space people want to explore and keep exploring, year after year. I can’t say that I know Rowling to any great extent — we’ve exchanged pleasantries on Twitter, which I try not to let her know I’ve geeked out about — but I do admire her, as a writer and a worldbuilder, and as someone who has decided that she needs to be engaged in our world and time. From her public persona at least, it’s no great surprise that Harry and Hermione and Ron came out of her brain, or that she created such great antagonists for them. I think she sees what the world can run downhill toward, and how quickly that can happen, and that people need to stand against that, and stand with each other as they do so.

Which is another reason I’m glad that I found Harry Potter is for me, and for millions of other people. We need that now in 2017. I need it now. There’s very little chance J.K. Rowling knew, 20 years ago, that her books and her characters would be needed like this today. But I hope she knows it now, today and every day.