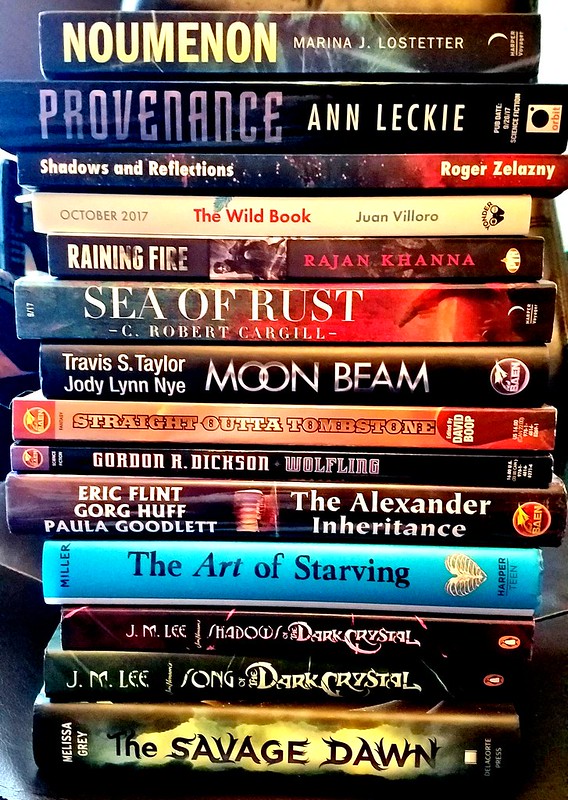 Hey, look, another stack of new books and ARCs that have arrived at the Scalzi Compound. Just in time for the weekend! Tell us in the comments which looks compulsively readable to you.