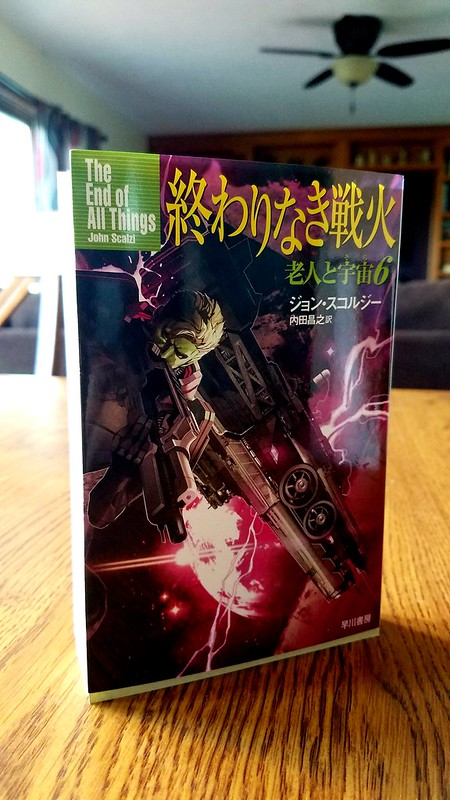 The Japanese version of The End of All Things.

Incidentally, I used the Google Translate app on this and it kind of made word salad on it. So we’re not quite yet in the world of automatic intelligible translations. At least for novels.

20 thoughts on “Meanwhile In Japan”