Is This The End of Our Hero, Coke Zero, Part II: The Zeroening 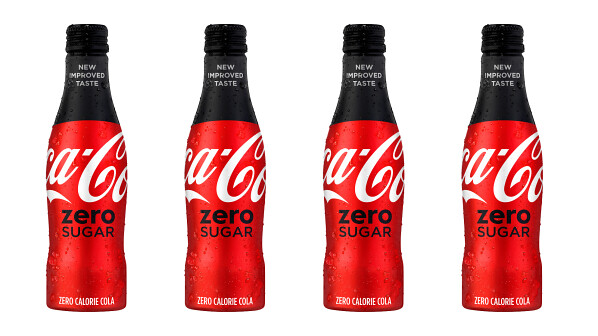 Basically, it’s the same new formula it’s been introducing in foreign markets as “Coke No Sugar” but Coke is keeping the “Zero” branding here because it’s been successful and they don’t want to confuse us poor Americans any more than we already are in these trying times. Or something.

As I noted previously (see the second link, there), I am perfectly fine with Coke attempting this revamp — by all reviews I’ve seen the “Zero Sugar” version tastes more like standard Coke than Coke Zero, and since “actually tasting like regular Coke” is why I drink Coke Zero in the first place (Diet Coke shares its flavor profile with the late, unlamented New Coke), I’ll willing to give this new version a shot. If it turns out I hate it, well. I guess then that August 2017 will be a fine time for me to drastically cut down my soda drinking. I suspect I’ll probably continue calling the new stuff “Coke Zero” rather than “Coke Zero Sugar,” because it’s two fewer syllables and I’m all about efficiency.

So in effect, I think that this is less like Coke Zero dying than it is Coke Zero regenerating, timelord-like, into its next iteration. And I suspect I will remain its constant companion.

← The Big Idea: Vivian Shaw
A Note on Trump’s Proposed Ban of Transgender People in the Military →

39 Comments on “Is This The End of Our Hero, Coke Zero, Part II: The Zeroening”